City of Shelbyville Water Resource Recover Facility Superintendent Brad Fix will be honored this fall with a special title.

Fix has been named a Water Environment Federation Fellow.

Fix says this is the top award given by the Federation for participation and involvement and giving back to the organization.  It was a dream of his and now coming true following his nomination by friends from Indiana who was a past president of the Water Environment Federation and from Pennsylvania, an executive director of a utility. 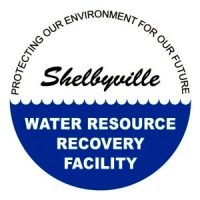 Fix says it’s great to be nominated and receive the honor from his peers.

The Water Environment Federation notes on its website that the WEF Fellows Program recognizes the professional achievement, stature and contributions of WEF members to the preservation and enhancement of the global water environment in the practice areas served by WEF as described below. WEF Fellow applicants will be considered by a selection committee. Selected WEF Fellows may use the professional designation, WEF Fellow, after their name.

Fix will be honored at a ceremony in September in Chicago.