Drivers are being reminded that beginning Wednesday, Indiana law will prohibit drivers holding mobile devices, such as smartphones and tablets, in their hands while driving to reduce distracted driving.

The effort was approved by the Indiana General Assembly with overwhelming bipartisan support.

Once the law takes effect, drivers on Indiana roads will be prohibited from having a mobile device in their hands while their vehicles are moving, with the exception of dialing 911 in an emergency. The law permits the use of voice-operated or hands-free technology such as speakerphone, Bluetooth or headset.

Across the United States, serious traffic crashes and fatalities have sharply increased in recent years due in large part to distracted driving. In 2019, Indiana Criminal Justice Institute reported that distracted driving from mobile devices was a factor in at least 1,263 crashes and three fatal crashes. According to the National Highway Traffic Safety Administration, states that have passed hands-free driving laws have seen a nearly 20 percent decrease in traffic deaths in the two years after passing the law.

During the first few months with the Hands Free While Driving law in effect, Indiana State Police will focus on educating drivers on the new law and safety benefits of going hands free. However, following the initial education campaign, drivers found in violation of the hands free while driving law can be subject to fine.

Beginning in July 2021, drivers may also have points assessed against their driver’s licenses for violating the law. 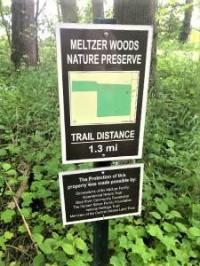