Posted About Ten Months Ago

Justin Parker says he was encouraged by the attendance at the gathering at the Bengal Christian Church.

Kyle Barlow says they have spent just over a week gathering information and support since they learned of the possible venture.

Opponents to the measure said they are aware of a few property owners meeting with a company called S Power.  They’re concerned, not only for what could be built on thousands of acres with a solar farm.  They’re also concerned about the impact to the community like Morristown felt where neighbors and families were against each other as Ranger Power gained access with its solar farm proposal. 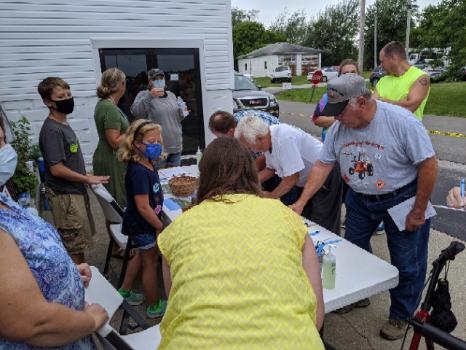 Parker says they want to get their message to decision makers early.

Barlow notes they’re not against solar power.  But, in this form, they are.

Parker says a meeting tonight of the county’s plan commission may delve into conversation involving a moratorium on solar farms that has been requested.  While there’s no planned agenda item on this solar farm at the meeting he hopes to draw opponents there tonight to get their message across.

The Shelby County Plan Commission is scheduled to meet tonight at 7pm at the courthouse annex.