Posted About Two Years Ago by Jeff Brown

A heavy blanket of snow covered all of Shelby County Monday afternoon and evening forcing businesses to close early and keeping area students at home Tuesday for an E-learning day.

All four Shelby County school systems remained closed Tuesday with hopes of returning to the classroom Wednesday. That will prove difficult, though, with some county roads yet to be plowed Tuesday morning.

“We started out with a truck in every township but there are almost 900 miles of road and you need two passes on each road,” said Shelby County commissioner Kevin Nigh.

Trucks were working county roads Monday afternoon but that process was hampered by winds pushing freshly plowed snow back on the roads while snowfall continued well into the night.

The call was made to send most of the trucks home. The plan was to have all trucks out working by 5 a.m. Tuesday, according to Nigh.

“The trucks had been out all day (Monday) but with the wind blowing they weren’t getting anywhere,” said Nigh, who hoped to have most or all of the county roads cleared before Wednesday morning. 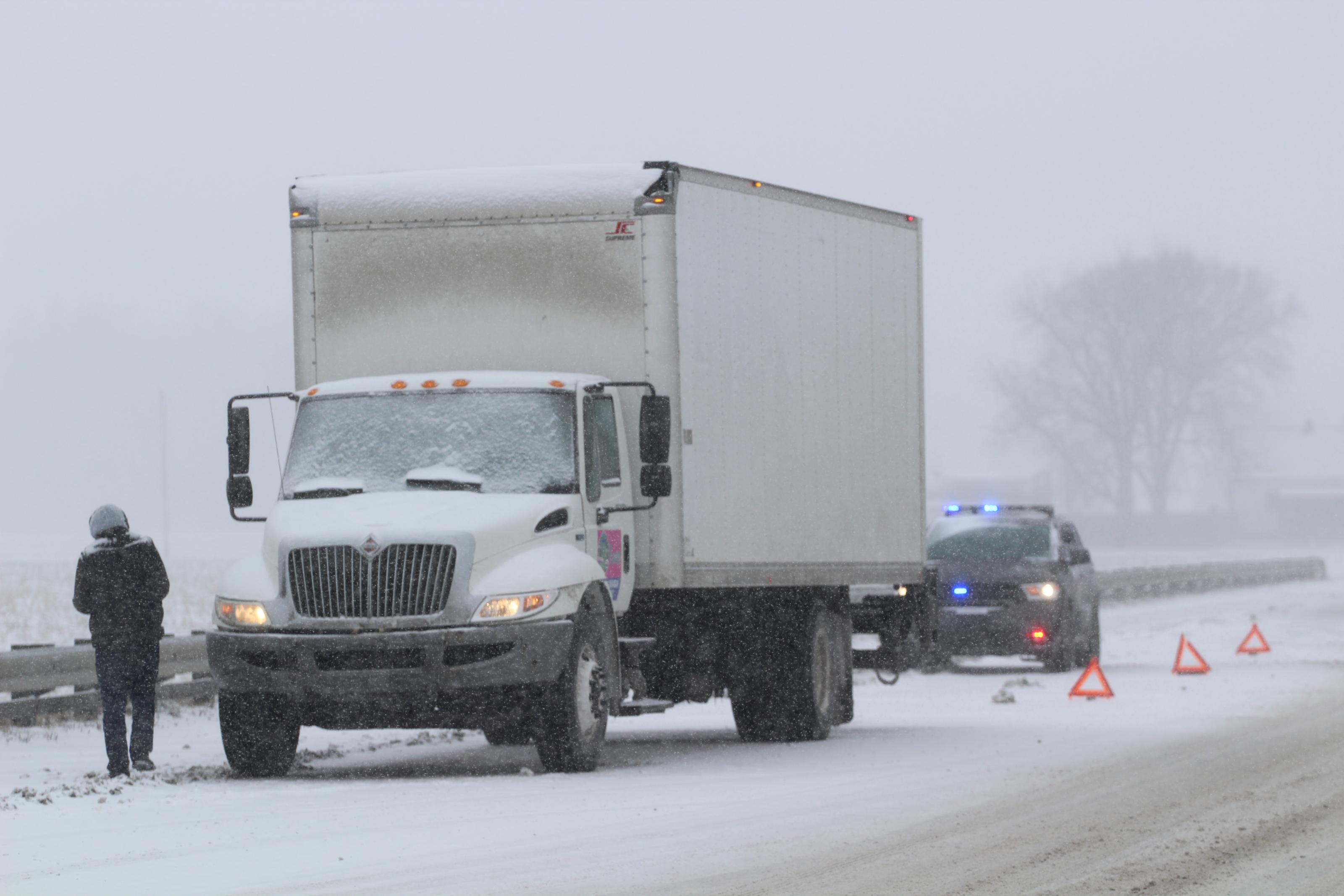 With snow drifting, determining an exact amount of snowfall is difficult. Staff at the Shelbyville Municipal Airport estimated 6-7 inches covered the ground with drifts going closer to one foot tall.

At the GIANT fm facility on Morristown Road in Shelbyville, snowfall measured between 8-9 inches which included snow that had previously fallen.

The police department is fully-staffed Tuesday, according to Weidner, and on patrol in all-wheel drive vehicles.

Despite roads being cleared, Weidner asked residents to avoid traveling if possible.

“I wish people that didn’t need to get out to stay home and let us do our thing,” said Weidner.