The Shelbyville Redevelopment Commission (RDC) took ownership of a near downtown parcel of property Monday night offered up by the City of Shelbyville.

Located on West Washington St. across from the former Major Hospital site, the property is part parking lot, part playground and the site of the city’s Japanese garden.

Plans have been discussed to relocate the playground and garden so development can occur on the property located across West Washington St. from the current Hamilton-Major project, which is a small upscale housing subdivision.

“The RDC has a set of statutes that allows them to request a Request For Proposal,” said City of Shelbyville attorney Jennifer Meltzer. 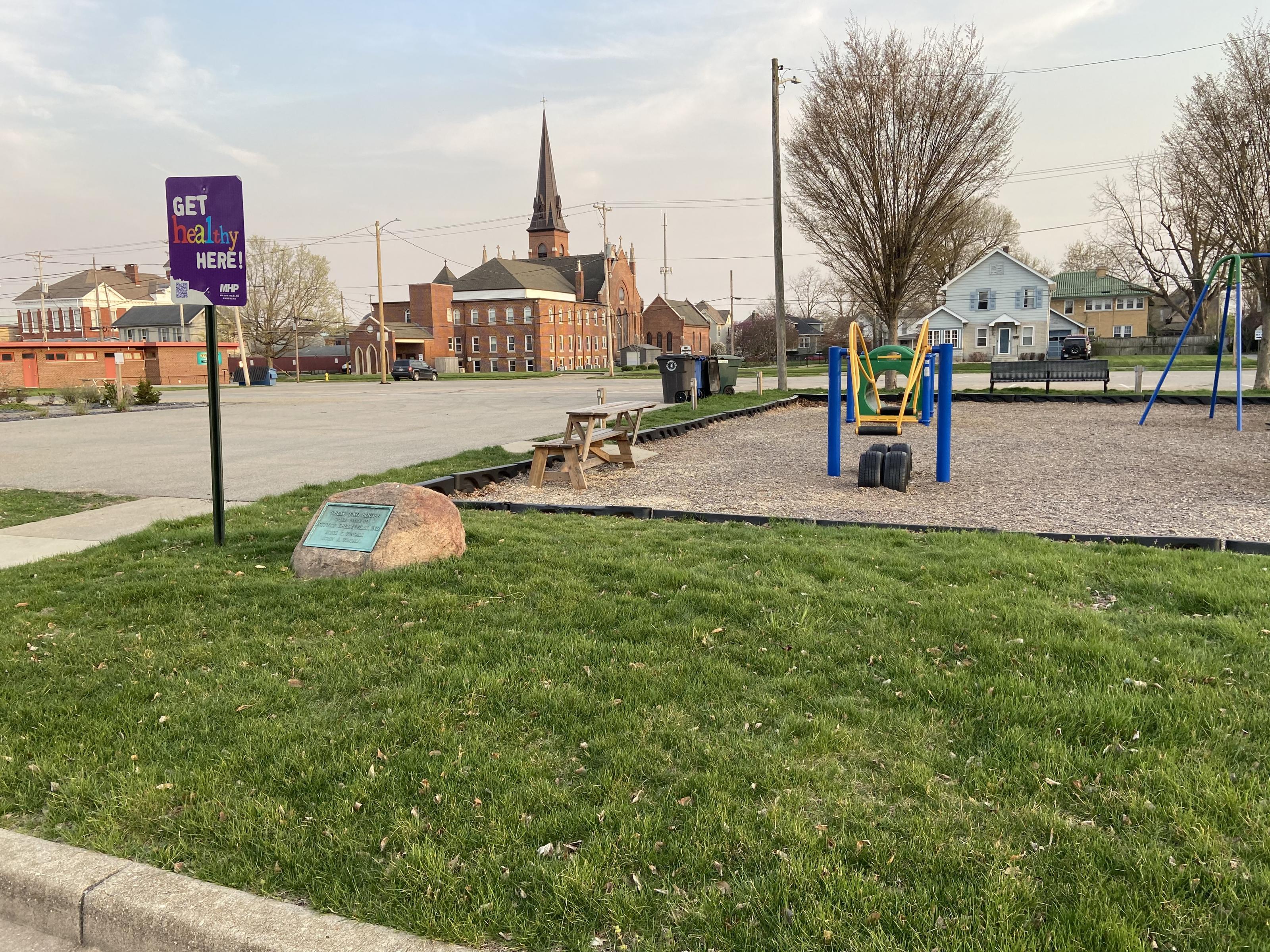 The Shelbyville Redevelopment Commission now controls the property along West Washington St. that contains a parking lot, playground (above photo) and a Japanese garden (top photo). The commission received the property from the City of Shelbyville so it can make Requests For Proposals to develop the land.

“The RDC can do that, so we put it in the RDC’s hands so we can draft up that request and get a couple of developers or people interested in that land to get it developed,” said Meltzer.

The RDC, which meets at City Hall the first Monday of each month, also received a construction update from Tom Davis of Genesis Property Development on the downtown redevelopment project.

The Public Square portion of the three-year project is ahead of schedule, according to Davis.

Asphalt has been laid over some of the current concrete sidewalks so brick pavers can be laid. That process along and near Franklin St. is expected to start today.

Limestone has started arriving and construction on the fountain that will return to the center of the Public Square is underway.

“Our budget is in good shape,” said Davis. “We have not had very many change orders. Our contingency (fund) has been adequate so far. We’ve not spent much of that at all while working on two-thirds of the square.”

The timeline has the project completed by the end of November. Davis said he wants the project done by Thanksgiving.

When asked by the redevelopment commission if there would be some sort of celebration or public ceremony, Davis said that is being discussed.

Mayor Tom DeBaun, who was sitting in the chamber room ahead of the Common Council meeting that was to follow, told the commission the plan is to have the annual Christmas celebration return to downtown Shelbyville in 2021.

That event could coincide with the completion of the downtown redevelopment project.