The final piece of the downtown redevelopment project is underway.

Demolition has started on the east side of the Public Square which resulted in a traffic pattern change through downtown Shelbyville.

“That went pretty smooth as far as the closure of the northbound lanes and switching over to southbound,” said Tom Davis of Genesis Property Development Monday night at the Redevelopment Commission meeting at City Hall.

The restoration of the Julius Joseph Fountain is progressing well. Davis hopes to have the limestone work completed this month as well as the return of the actual statue pieces that comprise the fountain.

Genesis Property Development still sees the project completed by Thanksgiving which will allow the city to have a downtown Christmas celebration in 2021. 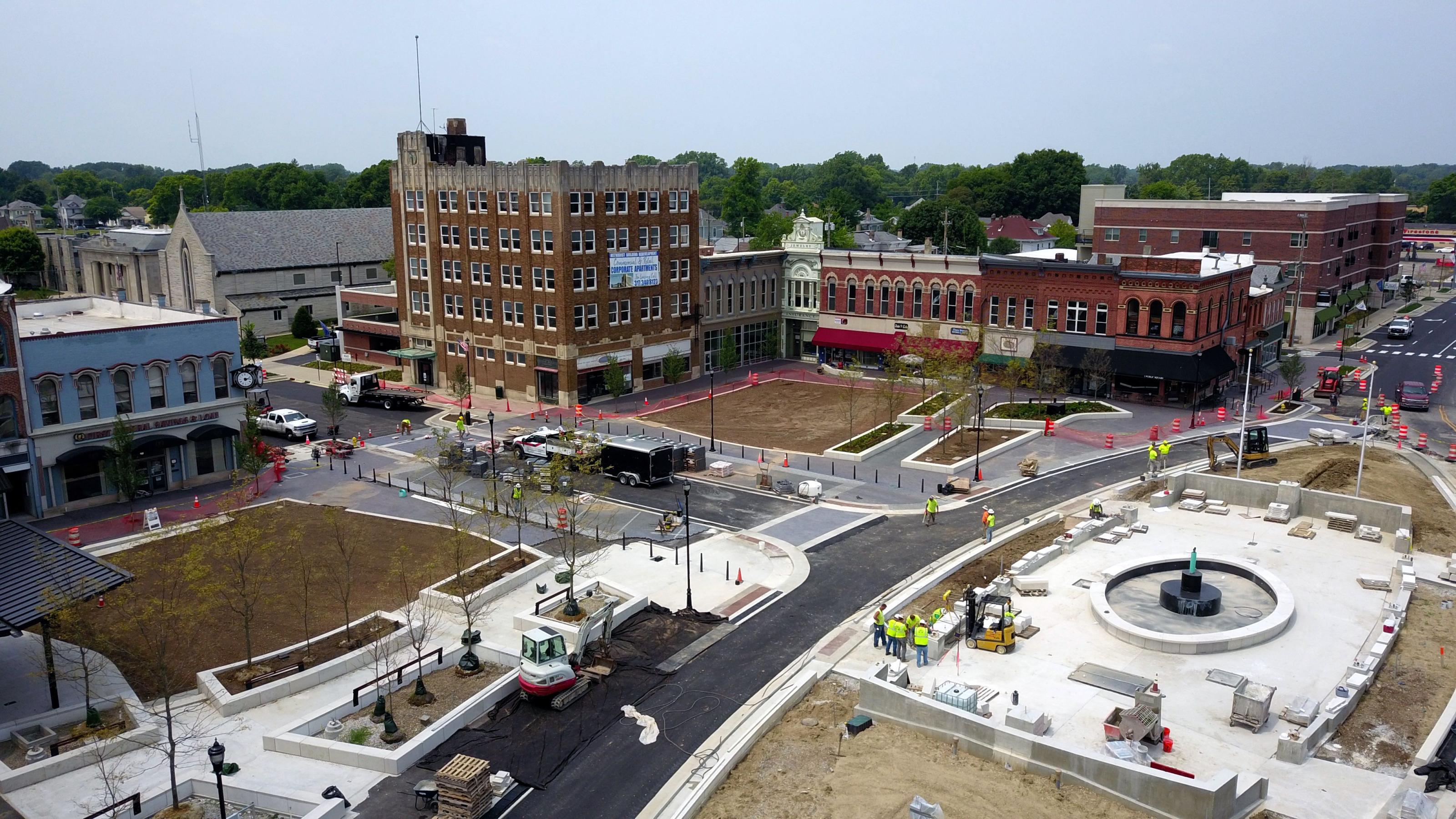 The west side of the Public Square is nearing completion and demolition on the east side is underway. The three-year downtown redevelopment project is on schedule to be completed by the end of November.

The east side work includes the new traffic pattern through the downtown area as well as two pedestrian-friendly areas matching the two on the west side of the fountain.

A large shelter that will sit near Pudder’s restaurant, 8 Public Square, has arrived and is ready to be constructed when the land is ready.

“We’ve already purchased materials and the shelter to save money so we didn’t have to pay all the inflation costs you’ve seen on metal and wood,” said Davis.

The demolition phase on the east side started smoothly and there have been no surprises found underground.

“More than half of it is demolished already,” said Davis. “The encouraging thing is we found nothing other than an old brick manhole that we need to get checked out. We didn’t find any hidden basements or archaeological stuff. Everything was fairly clean and, so far, we are really making some good headway.”