Corbin Maurice thought he was in trouble. Or, about to be sent home because of COVID-19 contact tracing protocols.

The Triton Central senior’s sensory perceptions heightened even more Wednesday morning when he walked down the hallway with principal Cary Chandler and saw his parents waiting outside the school office.

The next 20 seconds were almost surreal.

Julie Alvis, Communications and Scholarship Director at the Blue River Community Foundation, stepped out of a nearby doorway and handed Maurice a plaque honoring him as the 2022 Lilly Endowment Community Scholarship recipient for Shelby County.

With the honor and the plaque comes a full tuition scholarship for four years of undergraduate study at an Indiana college or university.

“For Corbin to receive this is phenomenal for him and for his family,” said Chandler, who helped pull off the surprise announcement. “When you get to know Corbin and his history and what he has done, he is just a worthy recipient. He has done a phenomenal job throughout his four years here. We will miss him tremendously next year.” 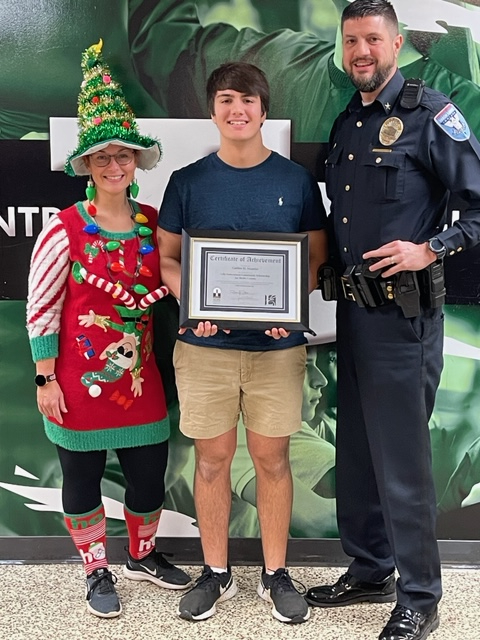 Maurice was surprised when Chandler asked him if there was something he wanted to tell him as they walked down the hall. Then his parents appeared as well as foundation staff members that were part of the interview process.

“That’s when my apprehension turned to excitement,” he said.

There were 40 scholarship applicants from the five high schools in Shelby County. The foundation’s scholarship committee surveyed the applications without names to avoid bias then selected five for interviews.

Joining Corbin in the final pool were Southwestern’s Maggie Goodin, Shelbyville’s Braydon Povinelli and Waldron’s Hadlie Ross and Hallie Ross – the first time twins advanced together into the interview phase, according to Alvis.

“A friend of mine was a finalist last year so I thought it was awesome to be with the same people I looked up to,” said Maurice about learning he was a finalist. “Even if this is as far as I make it, I am grateful for this opportunity to be able to represent Triton Central as a student and for all they have done for me.”

Maurice is in the top five of his graduating class at Triton Central and is active in Student Council (executive president), National Honor Society (president), Student Mentor Program, Fellowship of Christian Athletes, Future Farmers of America as well as the Robotics Club, Chess Club and History Club. Maurice also is a member of the cross country and track and field teams at TC.

There are academic scholarship offers to weigh from competing schools but Maurice has the educational track he wants to pursue available at Purdue University in West Lafayette.

“I will wait a month or so for the decision,” he said. “There are a lot of factors to consider now. Obviously, this scholarship and the others I receive make it easier. Now it’s about where do I really want to be for the future?”

Maurice wants to pursue a bachelor’s degree in Chemistry then attend graduate school to get a masters degree in Medicinal Chemistry and Pharmacology. The goal is to one day do research at a pharmaceutical company.

The other four finalists will receive a four-year renewable scholarship from one of the 95 scholarship funds administered by Blue River Community Foundation.

Lilly Endowment Inc. created the scholarship program for the Class of 1999 and has supported the program every year since with tuition grants totaling in excess of $439 million. More than 5,000 Indiana students, 41 from Shelby County, have received the scholarship since the program’s inception. 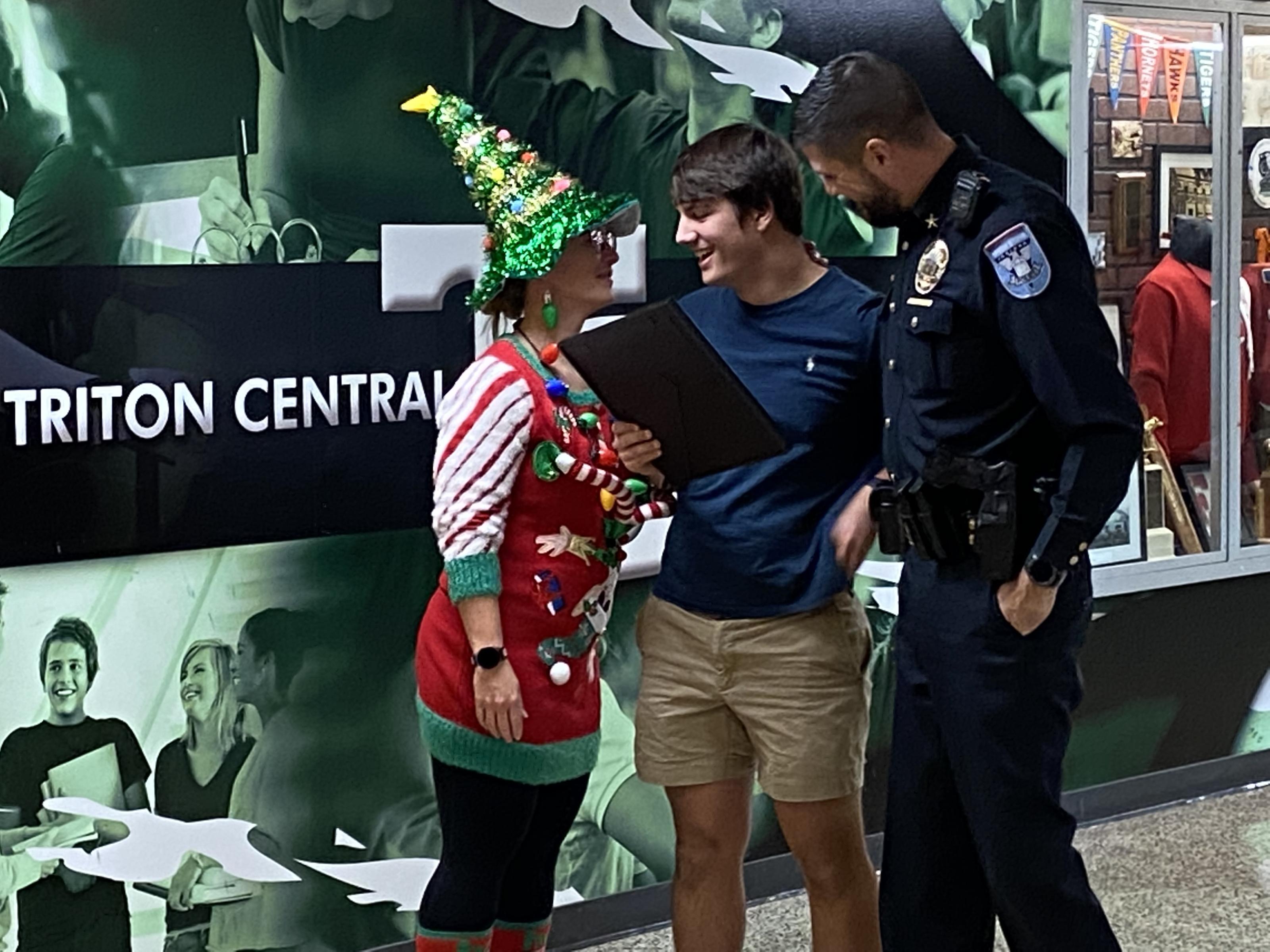 Maurice fully understands what it means to be a recipient of the Lilly Endowment Community Scholarship and what it will do for his future.

“My parents, in the most loving way possible, have said they are not paying for my college,” he said. “It’s awesome to have that burden taken off me. I know no matter what, I will be able to figure something out and I will end up where I am meant to be. This takes a lot of stress out of my future.

“Now it’s what can I start saving for that I would have had to save for college to benefit my future? Whether it is for graduate school or putting down payments on a house or car in the future. So many things five and 10 years down the line can come so much easier because of the community and all they are doing for me.”