Vandalism is taking its toll on the Shelbyville Parks and Recreation department’s maintenance staff.

Public restrooms at various parks have been under siege, forcing the maintenance workers to spend endless hours repairing sinks, toilets and stalls that have been destroyed beyond repair.

And the cost of replacing damaged items is adding to budgetary concerns.

“It is super frustrating,” said Chris Stephens, Sports Director and Maintenance Supervisor for the Shelbyville parks department. “Last year we were short on staff and we got hit harder than in the previous two years that I’ve been over maintenance. You plan things out to get done but these (repairs) require immediate attention. And it costs.” 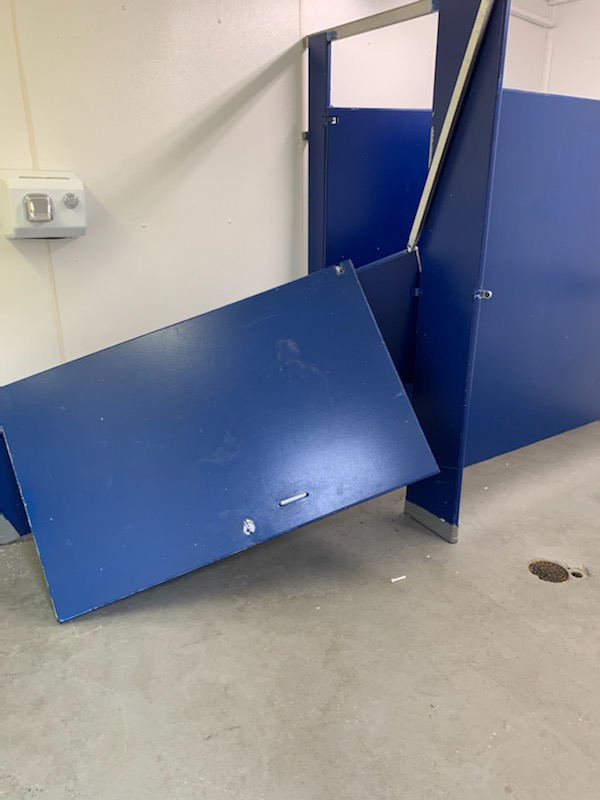 The parks department is asking the community to help stop the vandalism that is detrimental to providing clean and safe parks.

The most recent egregious act came Jan. 3 at Sunrise Park when the women’s bathroom door was ripped out of the foundation. The damage was severe enough to cause structural damage to the building.

“We are waiting on a repairs quote. That may be costly,” said Stephens.

The parks department also has dealt with sledgehammer damage to toilets and sinks. Partitions in bathrooms have been ripped from the floors and walls. And toilet and paper towel dispensers have been damaged or destroyed. 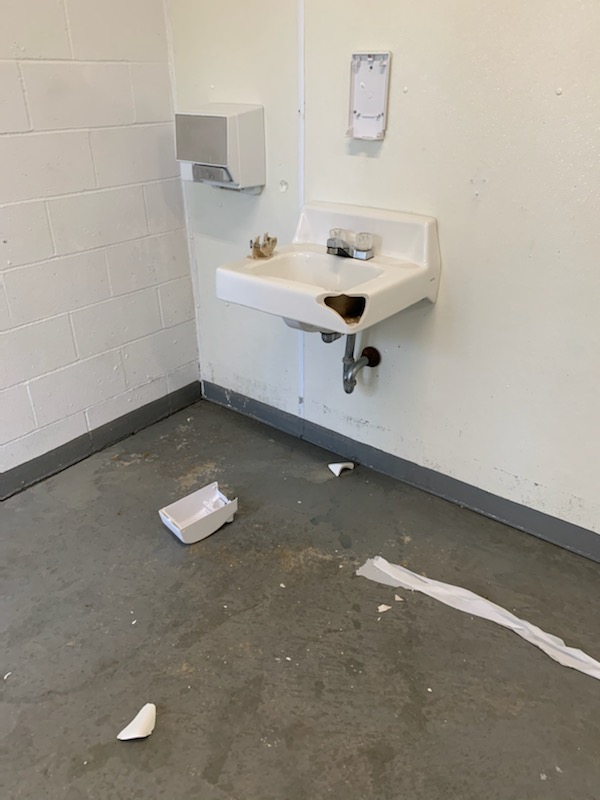 “Every urinal partition … they ripped every one out of the (concrete) block,” said Stephens of damage at Blue River Memorial Park.

In one restroom, the cold water handle on a sink was removed which allowed water to shoot up to the ceiling and back to the floor.

Fake blood was thrown throughout one restroom that just received a fresh coat of white paint. 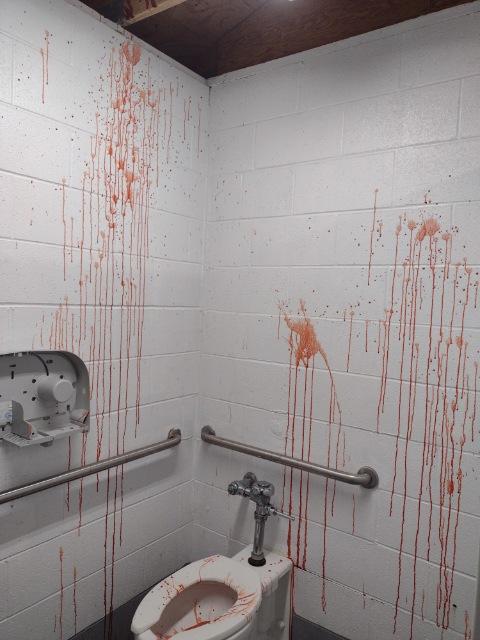 Parks department staff found a damaged toilet one morning, repaired it and then returned in the evening to check the restroom and the new toilet was already damaged.

“My guys are frustrated,” said Stephens.

There are limited cameras in the city’s parks and more are on the way, according to Stephens, to help with security but there is not a feasible way to cover all the city parks on a daily basis. 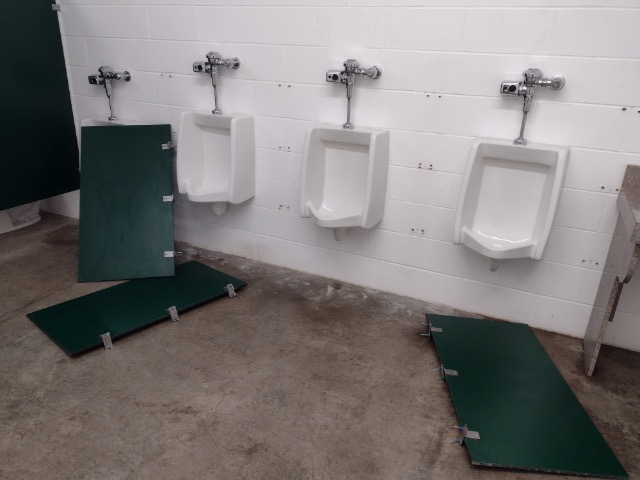 “The parks are supposed to be for everyone,” said Stephens. “We try to offer a safe place. We want them as nice as they can be and as safe as they can be.

“If you see something, please say something.”