Tony Logan graduated from Shelbyville High School in 1981 with no clear cut plan for life. One day he happened upon a house fire and was impressed with how the Fairland Fire Department handled it so quickly.

“I pulled over to watch, I had never seen anything like that in my life,” said Logan. “The Fairland Fire Department pulls in and they looked like a bunch of ants – everyone just started doing stuff. The next thing you know the fire was out. I told my wife that was pretty cool.”

Logan, through a meeting with a family member of his wife, became a Waldron volunteer firefighter. A chance meeting with a retired Shelbyville firefighter eventually led him to applying for a full-time position in his hometown.

Now, nearly 37-and-a-half years later, Logan is bringing a close to his career as firefighter, deputy chief and fire chief of the Shelbyville Fire Department. He will officially retire from service on July 29.

“I don’t have any plans. I just decided enough is enough,” said Logan from his fire chief’s office at station No. 1 in downtown Shelbyville. “I have been thinking about it for six months, to be honest. If I think back and look at it, it’s not any particular thing. It’s not because of this incident, or whatever.”

Logan saw himself serving 20 years as a firefighter then pursuing other interests. But the deputy chief position was offered to him, a position he held for approximately seven years. Logan has served as fire chief for 10-and-a-half years now. 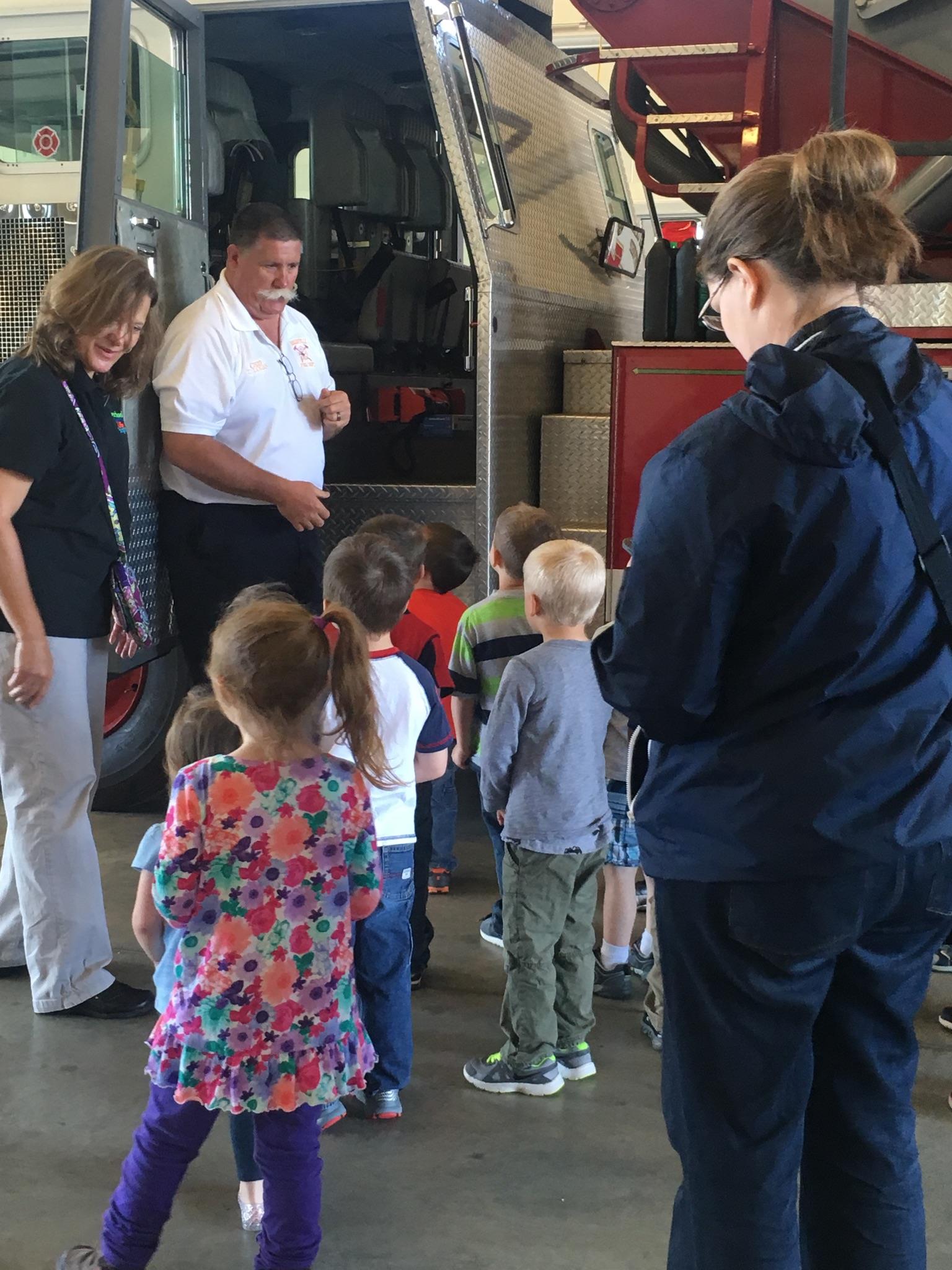 “I want to see what else is out there,” said Logan. “There is nothing wrong with this job. It’s a great job. Tom (DeBaun) has been very good to me and so have a lot of elected officials and appointed officials. They’ve been very good. The department is in a good place. It’s time to do something different.”

“I was caught off guard,” said DeBaun when asked about Logan’s retirement announcement . “He and I had discussions about him leaving when I retire.

“I started to get a sense he was looking ahead. He has a granddaughter turning one year old and he wants to do other things.”

The timing just felt right to Logan, who will help with hiring his replacement and participate in upcoming budget meetings at the request of DeBaun.

“I’ve been here a long time when it comes to management stuff,” said Logan. “We’ve made some good progress on things, we’ve got some replacement programs and budgetary stuff lined out to make things go more smoothly.  I think the department is in a good position and in a good direction where it’s headed.

“I don’t think the timing could be better as far as that’s concerned. My goal is not to leave it in a position where it’s not better than when I got here. I think it is better. I feel good about that.”

While serving as a Shelbyville firefighter, he had side businesses and rental properties to manage. The move to deputy chief altered his daily routine, though, which took him off most emergency calls.

“I was 20 years on and eligible for retirement,” he explained. “I always planned on doing something different, not being a firefighter anymore.

“I was asked to be a deputy chief, come to a whole different level and work on budgets, work on maintenance and work on a lot of stuff that is different than what I was doing out in the field.”

That role made him, for the first time, seriously consider being fire chief.

“Then this position came along and it’s a whole different level,” continued Logan. “Guys talk about going on calls all the time, I don’t go on very many calls. My thing is doing budgets and personnel issues and all the stuff behind the scenes. I tell people my job is to get them (firefighters/paramedics) their tools and equipment they need to do their job.” 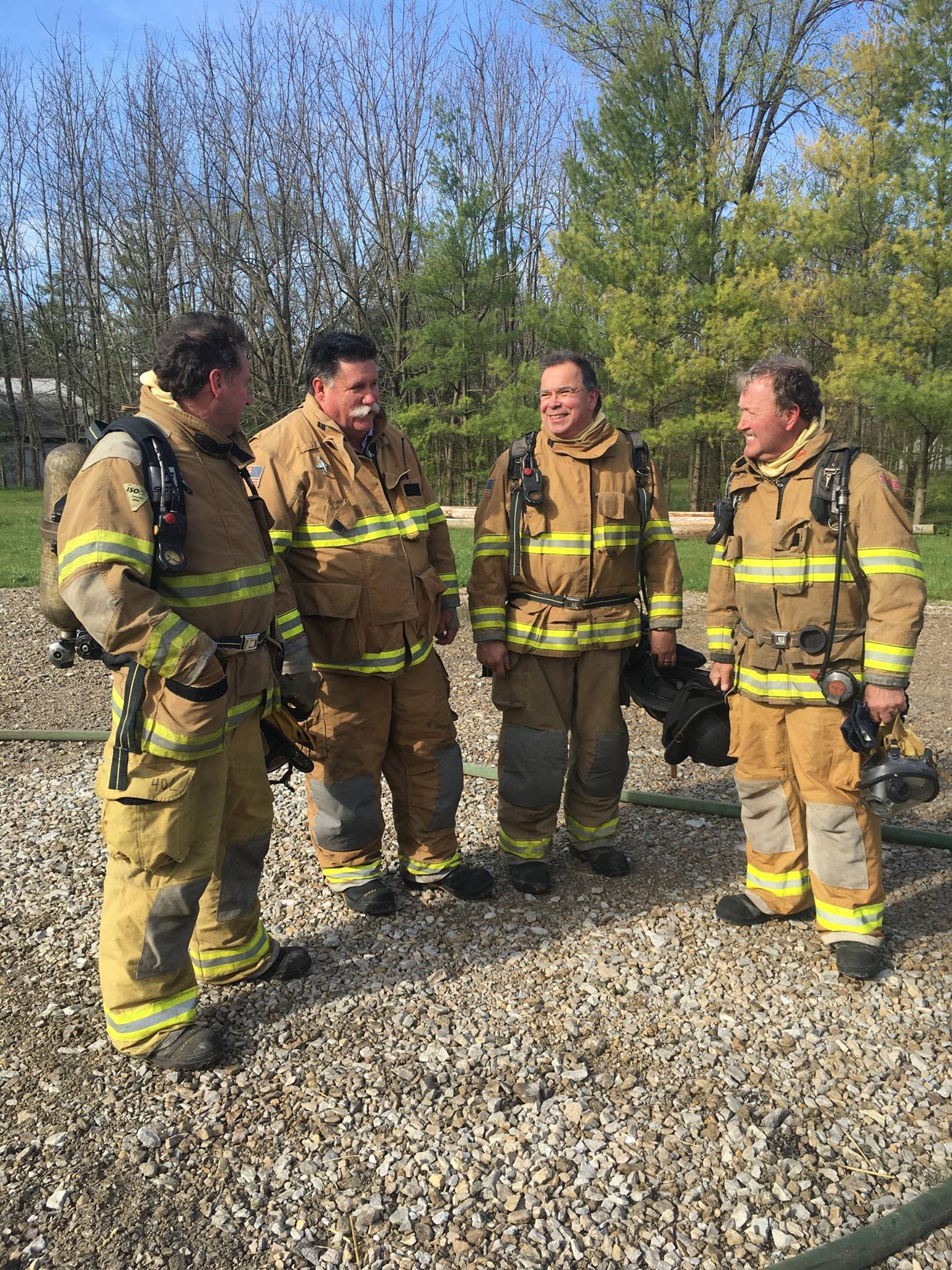 Ironically, Logan has a display in his office of the various fire department badges he has worn over his career. The only badge missing from the collection is the one he really wanted.

“I never saw myself as chief,” he said. “That was never, ever a goal of mine. My goal, honestly, was battalion chief … that is the guy that runs the shift. I have 21 people on shift right now, they work a 24-hour shift and go on all the cool calls and manage their people. That’s the job I always wanted and never had.”

Logan was the department’s deputy chief on that frozen February night in 2007 when Knauf Insulation, the city’s largest employer, caught fire.

The fire destroyed office space, warehouse storage and a laboratory with hazardous materials.

“The temperature that night was 17 below (zero),” recalled Logan. “The fact that Indiana American Water Company ran out of water … things were frozen. We called for several tankers to haul us water.

“We sent some guys to the hospital that day. It could have been way worse. That fire was very challenging. The thermal cameras didn’t work at Knauf because they had multiple layers of old buildings. The fire got way ahead of us before we were able to consider stopping it. It was all baffling for awhile. That one was very challenging.”

Logan has spent the last two years managing a staff working on the front lines battling COVID-19. That has presented its own unique challenges.

“I spent a lot of time in the mayor’s office talking about what we were going to do,” he said. “We were waiting on press releases and decisions.

“It was a tough couple of years. The guys were pretty good about changing up pretty quick. We put policies in place to minimize how many people went into somebody’s house.”

Firefighters and medics masked up to protect themselves in COVID-suspected cases. Upon return to the firehouse, equipment was sanitized as best as possible.

“If it was a COVID call, we would only commit a minimum amount of people,” he said. “We came back and sanitized the vehicles. We bought all kinds of sanitizing stuff. We bought a fog machine and would go through and spray special stuff and spray throughout the buildings and trucks.

“On calls, we were very cautious. We still are now.”

During his career, Logan has seen more modern technology enter the firehouse, managed  a complete renovation of station No. 1 and station No. 3 at the water tower. And a brand new station No. 2 was built on the city’s southeast side.

“We’ve got three really nice fire stations,” said Logan. “This one here is a lot nicer than the old one. Station two is a really nice building. The water tower is basically all brand new again and it was built in 1985.”

And there are plans being developed to build a fourth fire station to service the city’s and county’s northern regions.

“I’ve been working with the architect even today for a potential location,” he said. “We’ve got a few sites picked out.” 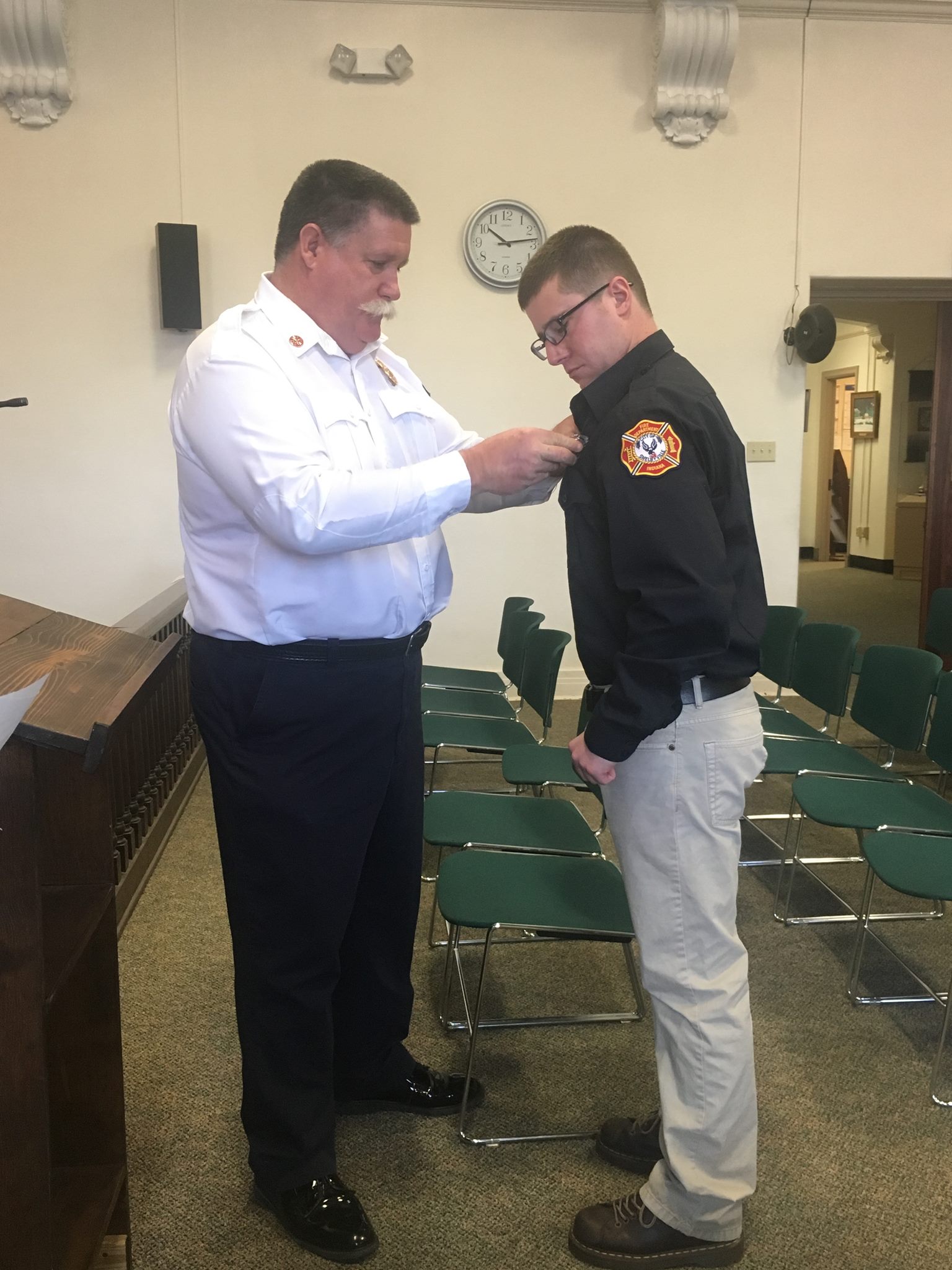 Once August rolls around, Logan can finally spend time not thinking about the firehouse, a luxury he has not had in nearly two decades. He would like to travel but is not sure how far his wife will allow him to go from their granddaughter.

“I have a feeling I will go back and do something,” said Logan. “I will probably stay out of the fire protection stuff. I want to see what’s out there. I would like to take a little time out. I’ve converted a school bus into an RV and my wife and I have been doing a lot of camping.”

But as he stops worrying about the day-to-day needs of the fire department, there will be a void to fill without being at the firehouse on a daily basis.

“You are always thinking about this place. But it all comes down to missing the people.”