Bryan and Kim Rice wanted to own their own bar. It just so happens a restaurant came with fulfilling that dream.

On June 12, the Rice family took ownership of Pudder’s in downtown Shelbyville, purchasing the restaurant and bar from Val and Alicia Phares.

“We did not want a whole restaurant. We wanted to buy a bar,” said Bryan Rice. “We tried to buy a couple of other places here in town and none of it worked out. This worked out, and it has been so easy and smooth – a very smooth transaction.”

Familiarity with the prior owners was key. Over two decades ago, Val Phares called Bryan about helping out at the St. Paul Tavern he owned.

“He was bartending and I was cooking,” said Kim. “We were just trying to learn.”

A few years later, Scott and Christina Asher opened West Side Pub & Grub in Shelbyville and asked the Rices for help.

“We painted and helped clean up,” said Bryan. “Then they asked if we would be interested in bartending one day a week. Then that went to two days, three to four, then to five. We learned a lot over there.” 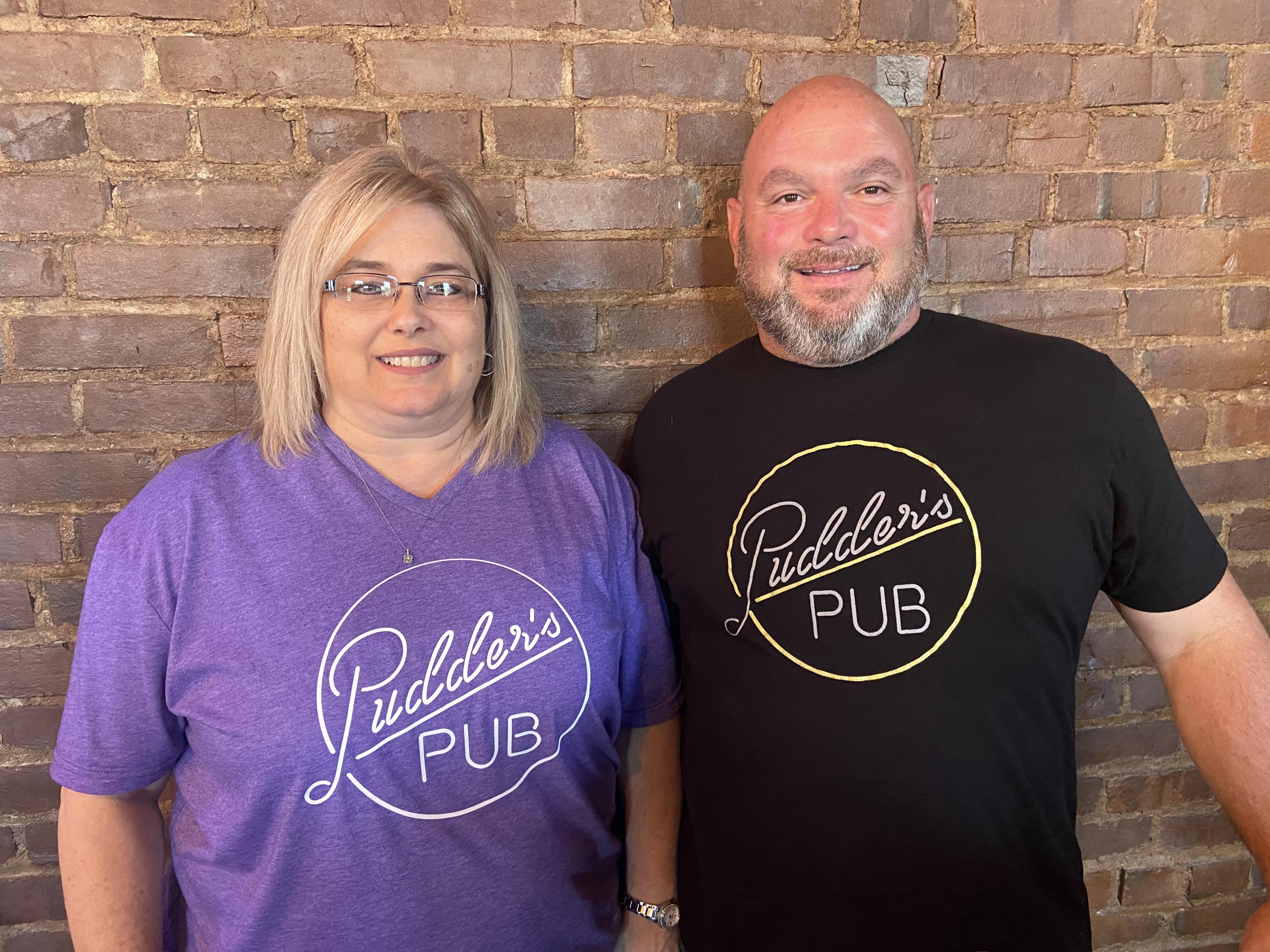 Bryan and Kim eventually found their way back to helping the Phares family at Pudder’s, which opened in the summer of 2019. That’s why they got the first option to purchase.

The initial call came early in 2022 but Bryan never gave it much thought. A second call in May forced Bryan and Kim to give it serious consideration.

The ability to keep Pudder’s locally owned has been favorably received by both the staff and fan base of the restaurant and bar, located at 18 Public Square.

“A lot of customers have come in and said they were glad we bought it because we’re local, and not someone coming in and changing everything and bringing their own stuff in. We are local.”

Bryan is a Shelbyville graduate who works by day in the transportation business. Kim is a Triton Central graduate who works from home for a mortgage broker. Both arrive at Pudder’s in the late afternoon to check in with staff, assist where needed and strengthen their grasp on the business.

“There haven’t been any hiccups really,” said Kim of the ownership change. “The employees are great. They are working it. They are doing it. They are asking us things and we ask what can we do better?”

There are no plans to change the name of the restaurant which is a reference to Alicia Phares’ childhood nickname. The menu will not be altered either.

“The only thing changing is who owns the place,” said Bryan. “Val and Alicia were very hands on with us. We’ve talked to them every day since mid-May. They have been very helpful.”

Val and Alicia Phares were excited to purchase a restaurant in downtown Shelbyville, even as a massive downtown redevelopment project was getting underway.

Nearly three years later, they wanted to scale back their commitment and had the perfect family to take over the day-to-day operations of the business.

“I call it the full circle,” said Kim. “We started with Val and Alicia, but we didn’t work with them on a daily basis. Scott and Christina worked at (St. Paul Tavern), so they learned from Val and Alicia, so when they opened (West Side) up we learned from there and now we’re back here with Val.”

Now,  with the downtown redevelopment project complete and the effects of the pandemic scaling back, Bryan and Kim see a bright future for Pudder’s, which wants to be a must visit place during downtown events.

“I would like to see even more going on down here,” said Bryan. “When they shut the circle down and put everybody on the circle, you only have a couple of places to eat down here. It loads this place up. I know they have food vendors (for the events) but we still have a lot of business.”

With the restaurant industry still in recovery from the pandemic, the Rice family seriously weighed their options before agreeing to purchase Pudder’s.

“I thought about it a lot,” admitted Bryan. “We talked on a Wednesday, agreed on Thursday and signed the paperwork on a Monday. We were here the week before and talked to the staff. We’re here every night learning how everything runs, but for two weeks I thought we were being stupid.

“Right now, I wouldn’t look back right now. It’s been amazing. The staff, Val and Alicia, the community has been awesome. I wouldn’t change a thing. There is no going back now.”