Megan Eads made 88 three-pointers during her Shelbyville High School career.

The “3” she made Saturday at Simon Skjodt Assembly Hall in Bloomington came with a $1,000 prize.

The 2021 SHS graduate who attends Indiana University was selected earlier in the week by an intern in the IU athletic department to take the halftime shot Saturday during the nationally-televised Wisconsin/Indiana game.

Eads accepted the challenge but did not factor in she would do so in front of more than 17,000 people.

“I was a little hesitant at first. I hadn’t picked up a basketball in awhile,” explained Eads Monday afternoon. “I said I don’t know if I should but then I was like I have nothing to lose so I might as well do it.”

Right click on the image to play the video

Eads got some shots up before Saturday to get her timing back. Wearing red and white candy-striped pants and a white IU sweatshirt that was covering up an IU basketball jersey, Eads took a few slow dribbles as she walked up to the half-court line and let her shot fly.

“I knew it was straight but I didn’t know if it was long enough to go in,” said Eads. “I thought I was going to air ball it. When I saw it go through the net, everybody went wild. I was jumping around. It was an unreal experience.”

After a lackluster first half that saw the Hoosiers hold a 21-20 halftime lead, Eads brought Assembly Hall to life when she made the shot. The shot and reaction started appearing immediately on Twitter.

“I’ve got a lot of attention on Twitter and a lot of text messages from friends and family. I really appreciate the support everyone has given me,” she said. 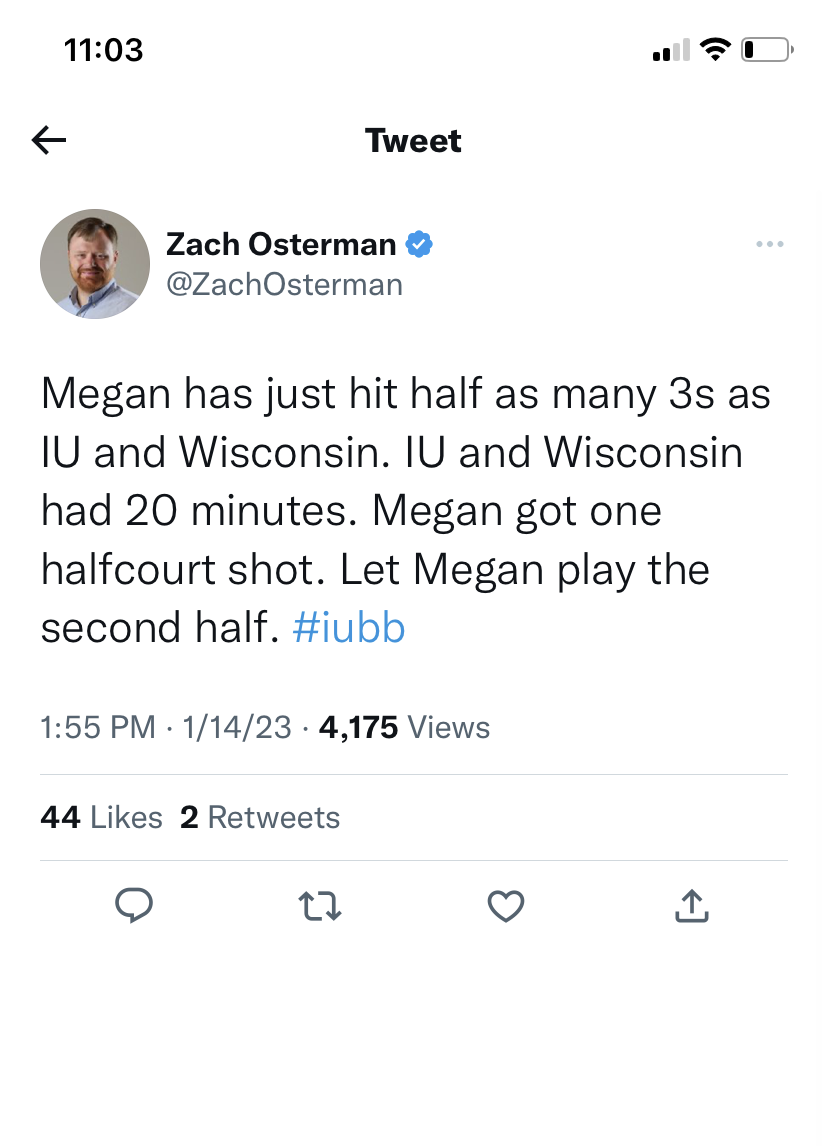 Eads is a sophomore at IU who has a season pass for the basketball games. She was selected to take the shot by fellow SHS graduate Makayla Terrell, who is an intern with IU athletics.

“(The interns) get to choose who does this type of stuff,” said Eads. “I guess all the interns had asked if anybody was interested in shooting the half-court shot. Normally, they just pick someone random from the crowd but (Terrell) pleaded I should do it.

“I didn’t feel obligated to do it but they couldn’t find anyone else to do it, so (Terrell) said I was shooting the shot on Saturday.”

Eads does not yet have the prize but expects to use it for college expenses.

“I will probably put it toward my education but I do like to ride my bike a lot,” she said. “I think I will put some of that money to fixing up my bike.”

Eads is studying Sports Management and Marketing at IU. She was a summer intern in 2022 at Horseshoe Indianapolis during the thoroughbred racing season.