Posted About Three Weeks Ago by John Hartnett Jr.

There was no celebration or fanfare as the WSVX radio staff routinely went about the business of serving as the on-air information source for Shelby County.

On this anniversary day in 2023, news and sports director Johnny McCrory and station online newspaper editor Jeff Brown broadcast a Shelbyville boys basketball game from Pendleton. It was just another day of work for the radio station whose service and commitment to Shelby County has remained consistent and basic throughout the course of its history.

“The basics of radio are relatively constant,” said McCrory, an Illinois native who came to the station in 1998 as news director. “You try to provide ongoing information of local interest to people.”

That concept became the strength of radio as the industry was thriving and smaller radio entities began to crop up and flourish in smaller cities and towns following World War II. Television became a national force in the 1950s and this required that radio adopt a narrower focus. That often translated to opportunities for smaller, provincial communities such as Shelbyville.

The General Electric Company established a plant in Shelbyville in the 1950s that brought a multitude of employees with growing families to town. A radio station was one natural outgrowth of Shelby County’s development during that period.

General Manager John Hartnett Sr., originally from Buffalo, New York, and at the time most recently from Somerset, Kentucky, and his fellow stockholders brought local radio back to Shelbyville under the call letters WSVL.

Hartnett welcomed the station’s first listeners to the airwaves at 11 a.m. on Jan. 14, 1961. News director Bob Houck followed with the initial newscast and WSVL-AM 1520 was born. 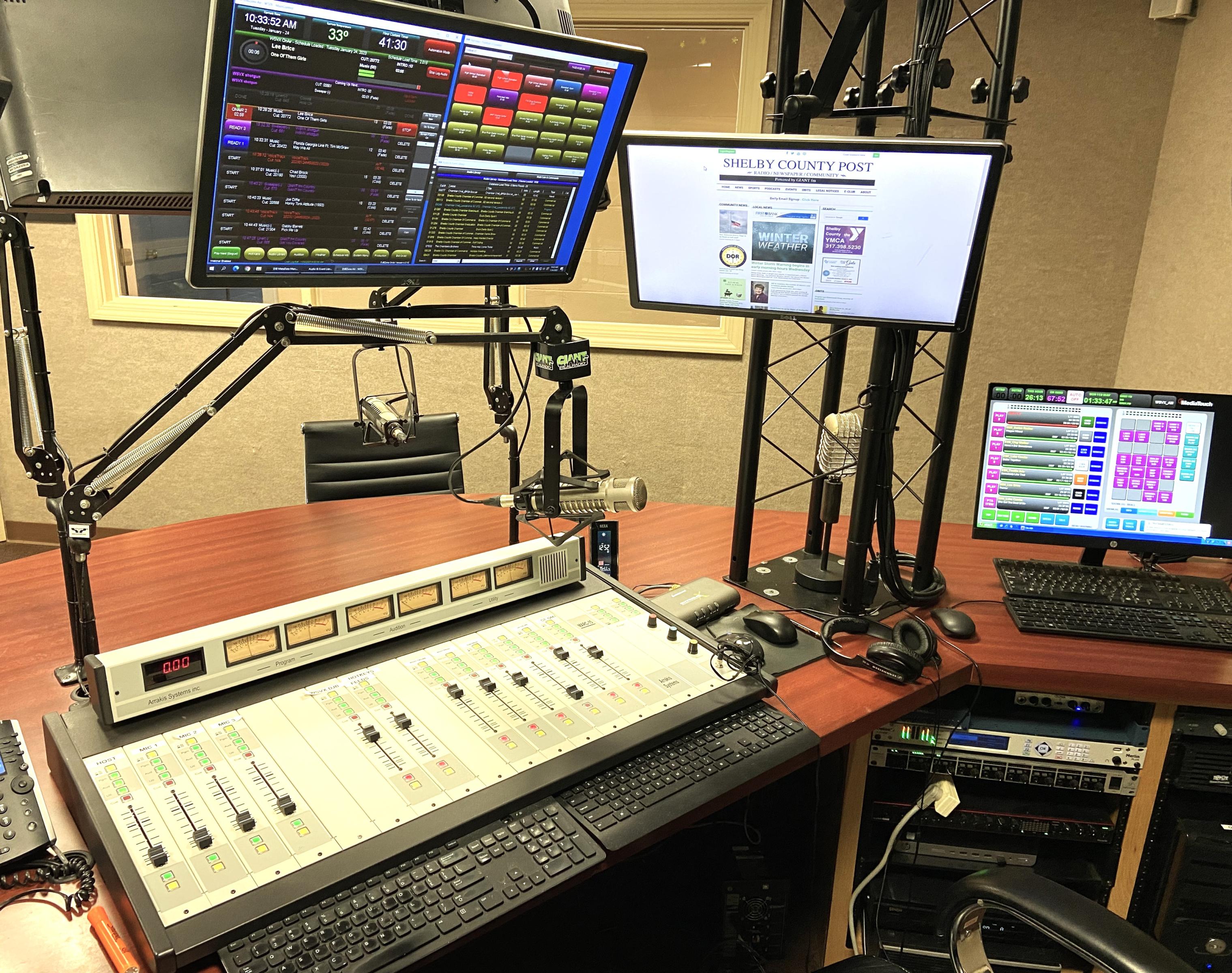 The Shelby County Broadcasting Corporation added a second station in 1964 with the addition of WSVL-FM 97.1. FM radio was gaining in popularity. A stronger signal that enabled stations to reach across a greater scope made FM the wave of the future.

The AM station primarily focused on Shelbyville and events in the city while 97.1 FM directed service more to the rural demographic. However, the primary objective of both entities was to serve and highlight all of Shelby County.

“Dad said that he knew what it was like not to have a radio station and the things a community missed out on because of that, “stated Phil Haehl. “He was a very big supporter.”

Phil Haehl also worked as an evening DJ on Fridays during his high school years and handled the news and afternoon shift on Sundays.

“The FM had quite a country music following in central Indiana. People would call from all around with record requests,” said Haehl.

“Ann was once named Country Music Disc Jockey of the Year for our division,” said Boyce. “She was well-known and respected in country music circles. She and I broadcast WSVL shows from Opryland in 1972 and 1973.”

For more on Ann Williams, go to: https://shelbycountypost.com/local-news/642750

Boyce later assumed the role of WSVL news director and was renowned for his ever-present, on-site reporting.

The station’s annual coverage of the Indianapolis 500 time trials each May was a very popular sports feature. Boyce, Lambert, Thomas and Shelby County racing expert Jeb Bass anchored the continuous reporting over the course of the two weekends of qualifications.

“We were the only radio station that dedicated that much time to the trials, 11 (a.m.) to 5:30 (p.m.) each day,” said Boyce. “That was always a huge endeavor and we had numerous sponsors who wanted to be part of those broadcasts.”

Mark Risley began work at WSVL when he was 15.

“I had an interest in radio. My dad was a regular sponsor. John Hartnett called to talk to my dad one day and I answered. He liked my voice and everything proceeded from there.” said Risley, who worked for WSVL through high school and a decade after. He developed into the station’s top salesman during his 12-year tenure.

“I started doing a sports show between my freshman and sophomore years of high school,” said Risley. “From that time, I became an announcer and sportscaster and later added sales.”

Risley says that the experience of sales taught him about relationships, integrity and the value of delivering a quality product. He fondly remembers his former clients: “Clark Browne from Clark’s Auto Parts became a special friend. He was a gifted man and a loyal advertiser.”

WSVL experienced a crucible within the first two months of taking to the airwaves when the blizzard of 1961 struck central Indiana. Shelbyville basketball fans found themselves stranded at Columbus High School during the sectional tournament as a historic storm pummeled the area. Eight inches of snow fell on Columbus on Feb. 25 as winds up to 55 miles-per-hour whipped through the region. Roads were closed to all travel, with the exception of emergency vehicles.

WSVL’s Jim Brown and George Lambert had broadcast the Shelbyville game. Columbus school and city officials created a shelter at Memorial Gymnasium with a sock hop and food brought in from local contributing restaurants. The storm interrupted phone service rendering communication virtually impossible. The radio station stayed on air all night and into the following morning with Brown and Lambert allowing Shelbyville students and fans the opportunity to communicate via radio with family and friends back home.

“That event set the tone for WSVL radio in the community,” stated Boyce. “It predated my arrival in town but I have heard numerous people say that the blizzard of 1961 established the station and made the people aware of the depth of service the station was willing to provide.”

WSVL became a source for national news in September of 1969 when two planes collided near Fairland, Indiana, killing all 83 people aboard. The station supplied reports of the catastrophe to media outlets across the country and became a center for ongoing information regarding the tragedy.

Local radio was once again there for emergency communication (main photo) in the winter of 1978 as another massive snow system hit the area.

“John Hartnett, Jack Boyce, Wayne Thomas and I stayed on the air continuously for nearly three days as there was essentially no travel capability,” said Risley. “Today we take communication for granted, but in 1978 a good deal of phone service was down due to the weather and WSVL radio kept the public informed during that difficult time.”

Cable television service came to the city in 1975 and suddenly Shelbyville people had 12 channels and a local one as well. WSVL added Channel 3 that was dedicated to Shelby County. Talented videographer Tom Barker was hired to oversee production. Radio personalities such as Boyce, Thomas, Lambert and Risley could now be seen instead of just heard delivering news reports weekdays at noon and 6 p.m. The television channel also broadcast the “Open Mike” program on Monday nights with the staff interviewing Shelby County newsmakers.

“We interviewed Shelbyville native Sandy Allen, who was the world’s tallest woman at the time, on several occasions,” said Boyce. “We also televised local sporting events and even the annual Shelbyville High School May Festival. The Shelby County Fair was always a busy time for both our radio and television stations. Channel 3 gave the community a whole new perspective and was a tremendous addition to WSVL.”

WSVL boasts a resume of distinguished alumni. John Hartnett Sr. and Ed Roehling are members of the Indiana Broadcast Pioneers Hall of Fame as is Howdy Bell.

Roehling became a radio entrepreneur and later a college professor. 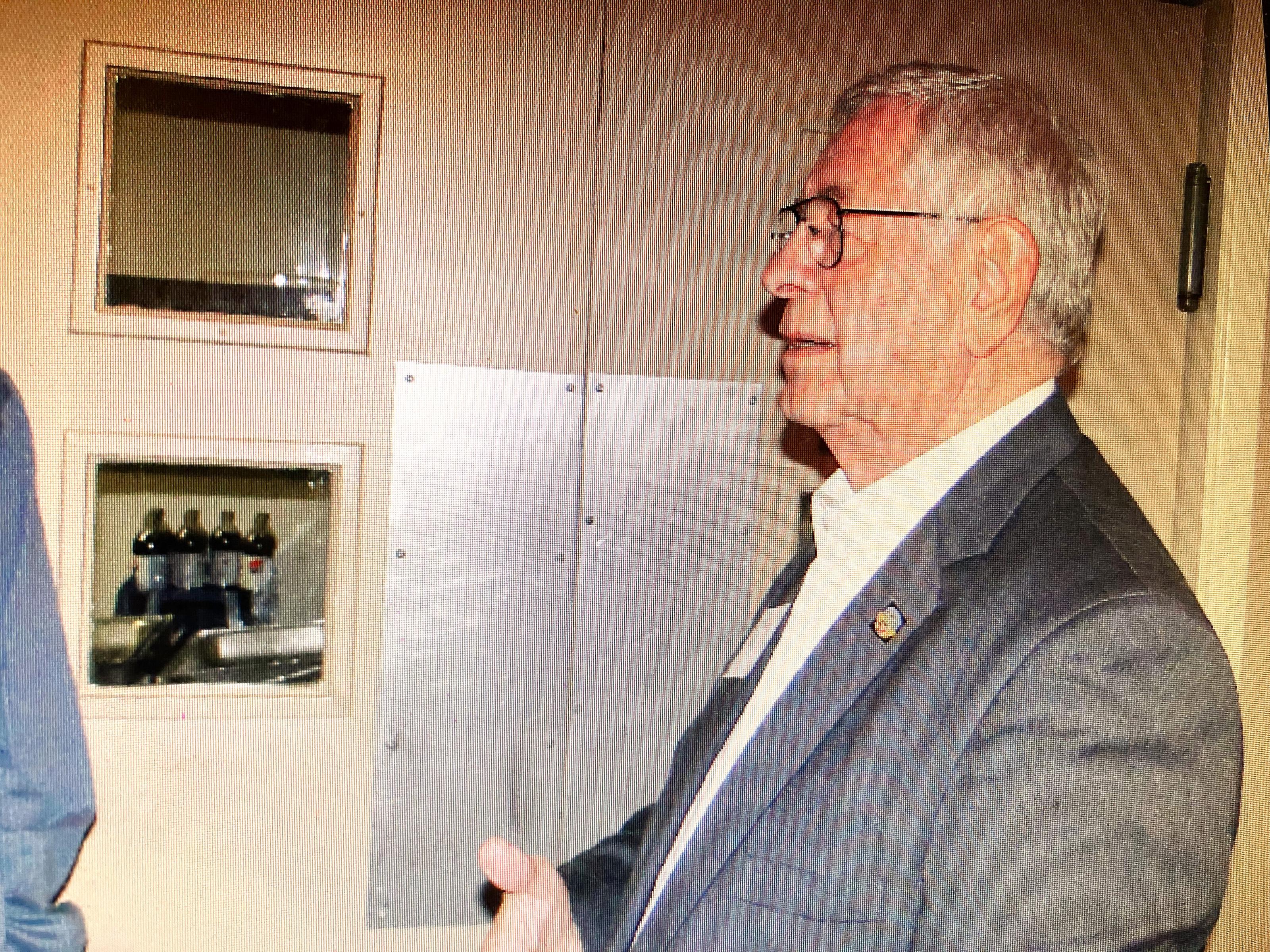 Bell (photo) worked as a DJ and announcer at WSVL for two years before moving on to enjoy success at numerous stations including Indianapolis’ WFBM radio and television. Bell is best known for working as one of the principal announcers for the Indianapolis 500 for 50 years.

Gary Lee Hill was the afternoon DJ as the mysterious character “The Phantom” at WSVL in the early 1970s. He went on to work as a sports anchor at Indianapolis WTTV-4 and later gained acclaim as host of ESPN’s “Thunder” series that covered short track racing. 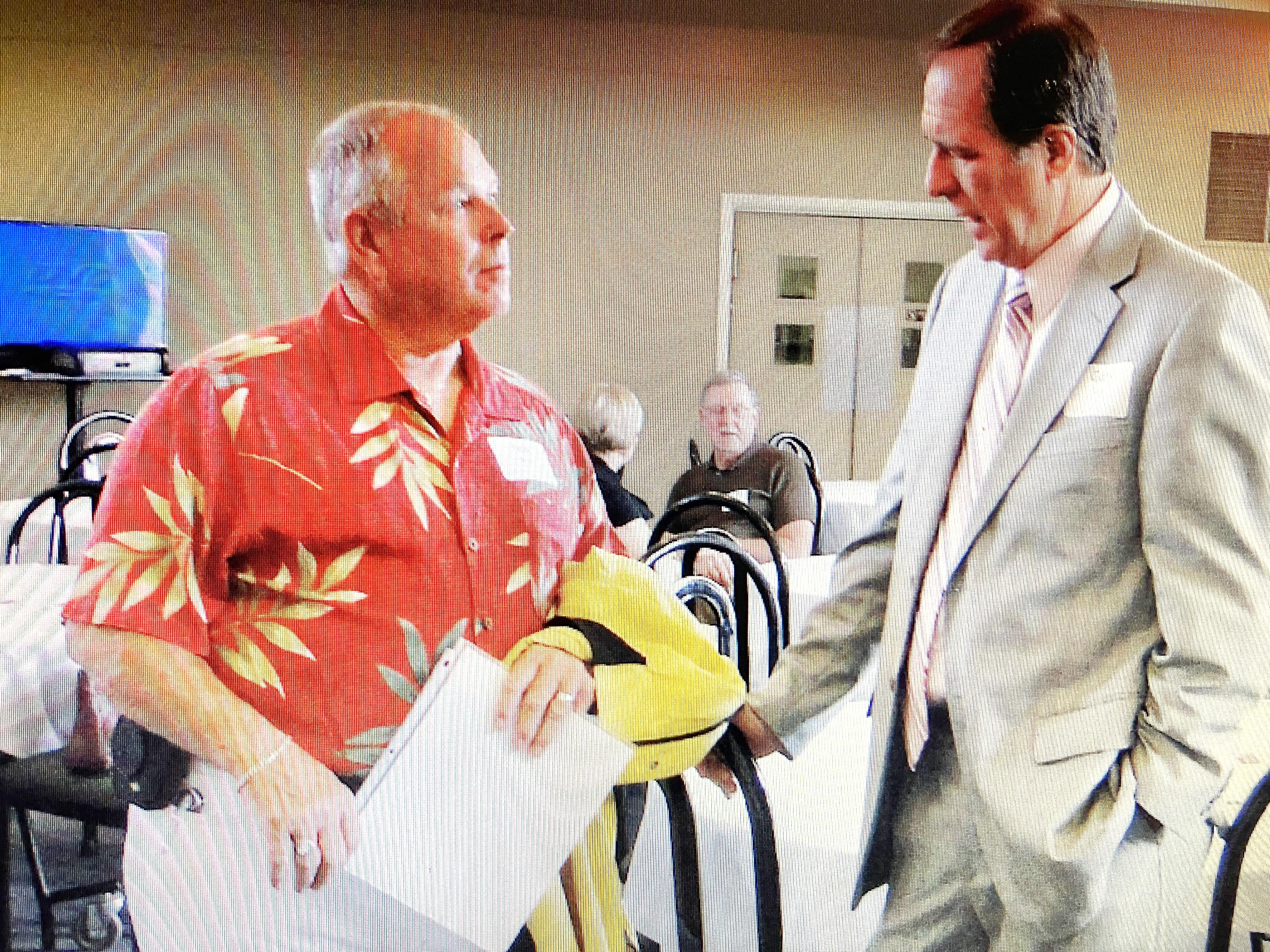 Roehling, Bell and Hill (photo) were among those who attended the station’s 50th anniversary celebration in June of 2011.

Shelby County Broadcasting sold WSVL-FM to Emmis Corporation and CEO Jeff Smulyan in 1980. Smulyan utilized 97.1 as a springboard to create a media empire that extended to radio, television and print including WIBC, WLHK and Indianapolis Monthly magazine. Emmis sold most of its media holdings in 2022.

The station owners sold WSVL-AM in 1988 to Art Kimball, a well-known radio personality from Bloomington, Illinois. The station today is owned by 3 Towers Broadcasting and operates under the call letters WSVX.

Risley summed up his experience at WSVL: “It was an honor to work for John Hartnett Sr. He was a second father to me and my mentor. I truly valued the people I worked with and stay in contact with them to this day. They are among my dearest friends.”

Editor's note: This is Part I of a two-part feature from John Hartnett Jr. detailing the history of Shelbyville's lone radio station. Part II will be featured on Wednesday in the Shelby County Post.