Posted About A Week Ago by John Hartnett Jr.

A new era was ushered in for Shelbyville radio. The new owners continued to focus on local programming and added more emphasis to national and regional news.

The Kimball ownership sold to ARS Broadcasting and principal owner Alan Schreiber in 1989. ARS changed the station call letters to WOOO, in recognition of Shelbyville radio’s 30-year anniversary in 1991. The station also moved its broadcast studio downtown to the public square (above the old Todd-Bennett building) at this time. The operation would move back to the original Morristown Road site in 1997.

Former WSVL newsman Wayne Thomas returned to the station in 1993 as news director and sports announcer and also assumed some managerial duties during that period. Thomas had left WSVL in 1979 after 12 years to enter private business. Thomas concluded his venerable 18-year Shelbyville radio career in 1998. He succumbed to cancer in 1999.

Former Shelbyville teacher, coach, businessman and Indiana state senator Tom Hession became station manager in 1996. Hession had served in part-time capacities with WSVL for more than 20 years since his arrival in Shelbyville in 1968. Hession was a radio veteran and had previously been the play-by-play announcer for the Indianapolis Indians. He broadcast Shelbyville High School basketball games and hosted a weekly sports program that highlighted local events through 1989.

After 10 years of ownership, ARS sold AM 1520 to Rush-Shelby Energy in 2000. Shelby County REMC merged with Rush County REMC in 1998 to form the new cooperative that provides energy service to areas of Rush and Shelby Counties as well as portions of Fayette, Franklin, Bartholomew, Decatur, Henry, Hancock and Johnson counties. WOOO Radio became WKWH. 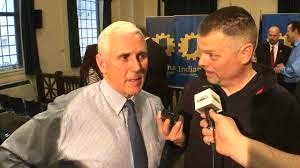 Rush-Shelby expressed an interest to sell the radio station in 2007. A local group comprised of Huber, McCrory, Glidden and engineer Doug Raab purchased AM-1520.

“Our goal was to keep the radio station going,” said McCrory. “Word was that the FCC was relaxing some restrictions and making it considerably easier to operate in radio. Also, things were becoming increasingly more efficient due to technological advances. We thought the time was right.”

“I remember our first order of business as new owners was setting up for the remote coverage at the Shelby County Fair,” said McCrory. “We were out there working at four in the morning to make sure we got things right.”

Long-time health issues forced advertising executive Todd Glidden into retirement shortly after completion of the sale. Glidden’s condition steadily worsened.  He passed away in January of 2013 at the age of 54.

Engineer Doug Raab provided the technical expertise for the new 3 Towers venture. His knowledge and computer skills were integral during the early years. The 30-year-old Raab was tragically killed in a car accident on June 7, 2011.

The company moved forward with the continual mission of providing quality local coverage and expanding its service. In light of the internet explosion, General Manager Scott Huber was intent on developing the idea of an online newspaper.

“Scott had a newspaper background and thought a daily online newspaper would be well-received,” said McCrory. “So we started the Shelby County Post.” 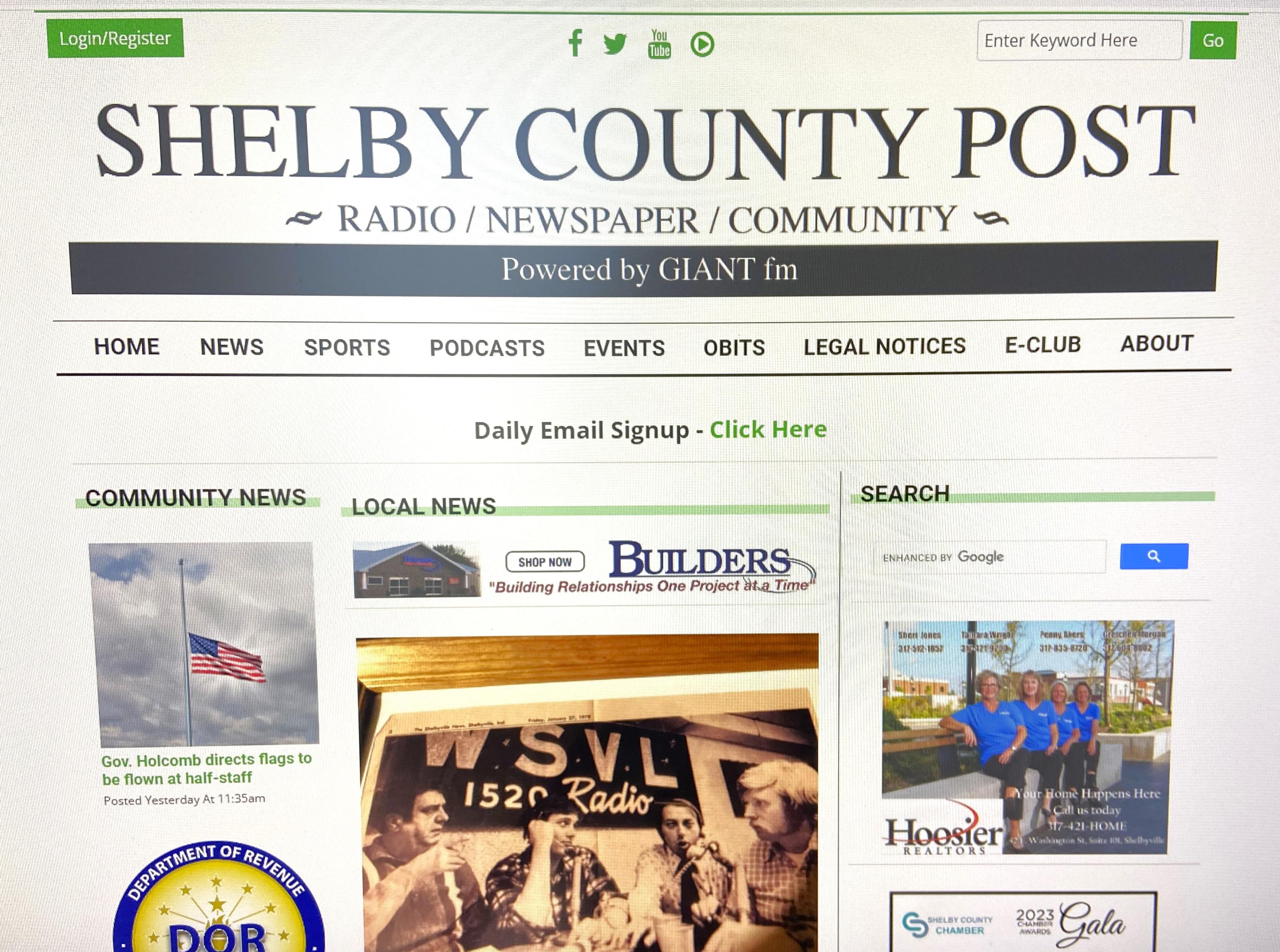 In 2021, veteran journalist and Shelbyville-native Jeff Brown came to WSVX as editor of the Shelby County Post.

“It has been an excellent partnership,” stated McCrory. “Jeff is a talented writer who has extensive experience and a great deal of knowledge about the community.”

The online newspaper has become a strong supplement to WSVX, similar to the way cable tv’s channel 3 enhanced the media service of WSVL Radio some four decades ago.

Throughout its history, Shelbyville radio has always offered a very professional on-air presentation.

“I have always been pleased with our on-air talent,” said McCrory. “We never have sacrificed quality because of our size.”

That sentiment rings true as McCrory’s radio efforts have been recognized on a couple of occasions. He received the 2012 Marv Bates Indiana Sportscaster of the Year Award from the Indiana Sportswriters and Sportscasters Association and in 2014 was presented the Virgil Sweet Distinguished Service Award by The Indiana Basketball Coaches Association.

3 Towers Broadcasting (Giant 96) has expanded its media holdings in recent years, purchasing radio stations WROI in Rochester in 2020 and WREB in Greencastle in 2021. They have also added FM repeaters 96.5 for Shelbyville and 106.3 for Greenfield which translate the AM-1520 channel to a stronger and wider signal.

The additional stations have lent a degree of synergy to the company and allowed responsibilities to be distributed among more employees.

“The stations working together has been very helpful and complementary,” said McCrory.

Last week, McCrory and Brown interviewed former Shelbyville athlete and current IU student Megan Eads who won a $1,000 prize by hitting a half-court shot at intermission of the Indiana-Wisconsin game at Assembly Hall on Jan. 14. Later, they made preparations for a Tuesday night boys basketball game at Garrett Gymnasium. Again, simply going about the business of local radio.

Achievement and success are not determined in the short term. A wise keynote speaker once cautioned against seeking “quick fixes” and advised a commencement gathering to take “the long view” in life. The long view stands the test of time.

Shelbyville radio in 2023 is doing what it has done since its creation: Building on a successful legacy by working day by day, week by week, year by year to broadcast information of local interest and strive to enhance the lives of the people of Shelby County.