The FBI initiated a search early Wednesday morning at a Shelby County residence.

Law enforcement personnel were on the scene at the home at 4333 East State Road 244, just off the I-74 exit, since the 6:00 am hour.  The property is owned by Robert Elliott.

Personnel clad in blue shirts with "FBI" in yellow letters have moved several boxes in and out of the home.  Some of the boxes long and narrow. 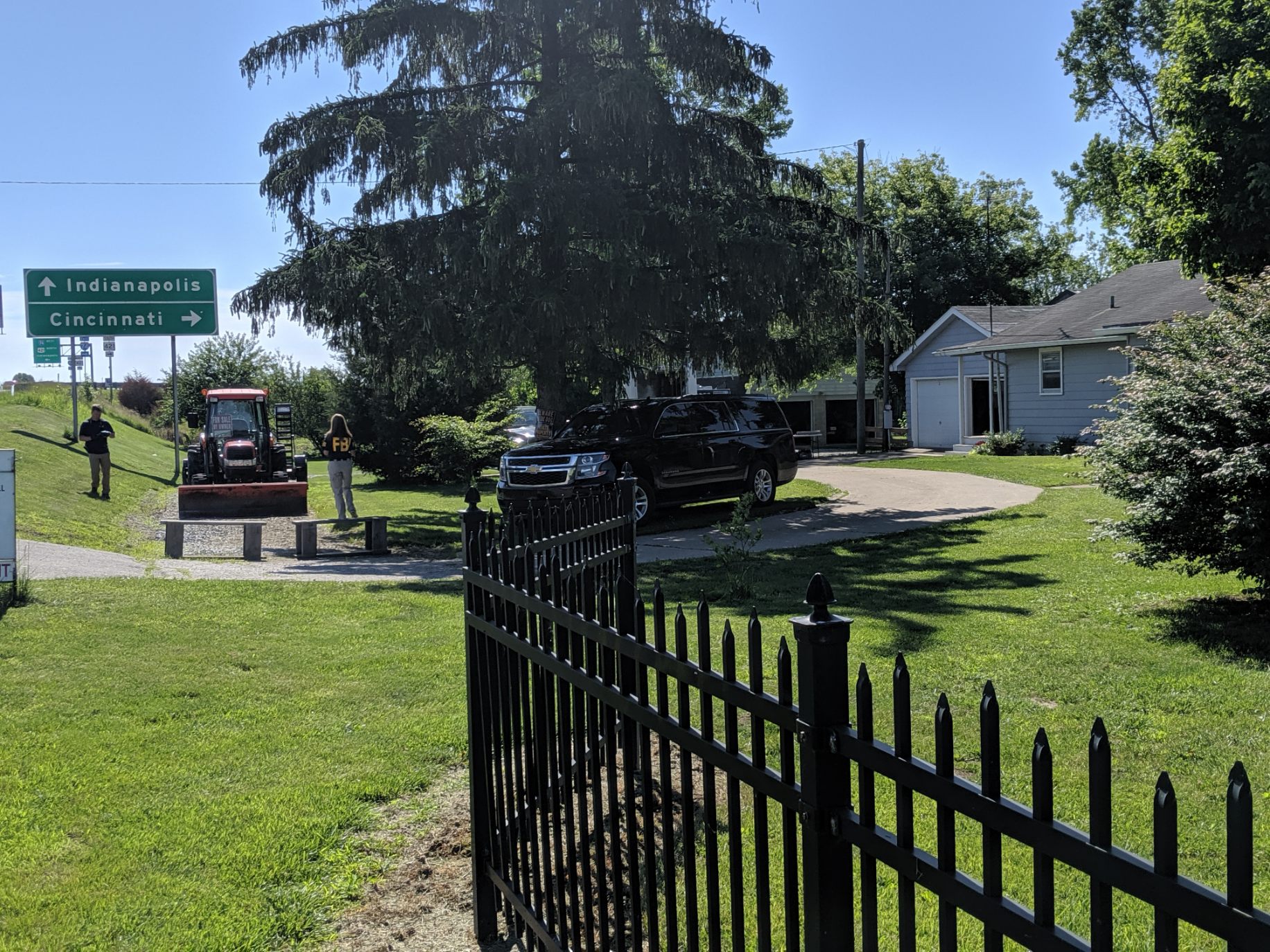 No information has been released about what prompted the search.

The same property has been involved in recent events involving law enforcement in the past two years.

A warrant service at a rural Shelby County home drew more of a police presence when the suspect failed to respond to law enforcement’s requests to come out.

The Shelby County Sheriff’s Department was serving a warrant to Mason Elliott at 4333 East State Road 244 Monday morning.  When Elliott, 23, of Shelbyville, failed to turn himself over initially, Shelbyville Police, with a negotiator, and a SWAT team were called to the scene and staged activities at the neighboring St. Vincent Catholic Church.

Shortly after, Shelbyville Police say that Elliott came out and surrendered to law enforcement without further incident.

Charges pending include dealing cocaine or a narcotic drug and two counts of invasion of privacy.

Gunshots were exchanged as a Shelby County burglary attempt was broken up.

Jajuan Dinkins, 18, and Roan Walters, 20, were arrested after being found by authorities in a nearby cornfield.  They were seen on video using an ax to break into a barn door.

A third suspect was later arrested in Marion County.