Shelbyville Police responded to Rural King at 1800 E. State Road 44 on Tuesday for a theft and battery complaint. Information provided at the time of the dispatch put officers on the lookout for a gray Buick with a license plate registered to a person in Indianapolis.

Officers observed a vehicle that matched the description traveling south on S. Pike St. from Broadway Street moments later. When a stop was attempted the vehicle fled at a high rate of speed and left Shelbyville on W. State Road 44 with officers in pursuit. The suspect vehicle continued westbound to a location near I-65 in Franklin. At that location a Franklin police officer was successful in deploying tire deflation devices with the suspect vehicle being disabled and stopping at State Road 44 and Jim Black Road just east of I-65.

The vehicle contained a driver and a passenger who resisted being taken into custody and were forcibly removed from the vehicle by police. 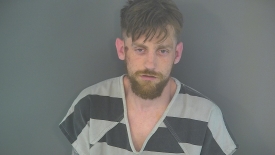 A passenger Jay Allen Smith, 52, of Shelbyville, was preliminarily charged with Theft and Resisting Law Enforcement. Both are in the Shelby County Jail. 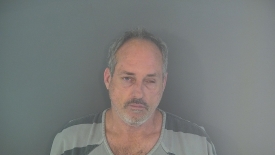