Around 1:30 this morning emergency crews responded to a serious crash in the westbound lanes of I-70 at the 75.4 mile marker. 911 callers were reporting a pick-up truck and semi had collided and the load from the semi was spread across the interstate.

When Trooper Ty Mays arrived he found one person seriously injured lying on the hood of the pick-up truck. Another person was entrapped in the pick-up and was injured. The driver of the semi and a passenger in the semi both suffered injuries and were transported to the hospital. Trooper Mays was told the driver of the pick-up fled the scene on foot. A short time later, the person thought to be the driver, was located by the Indianapolis Metropolitan Police Department.

During the investigation Troopers determined the man who fled the scene was in fact not the driver, he was a passenger in the pick-up truck. The driver, Jacob Martin, 36, of Indianapolis, was the man found lying on the hood of the truck. He was not ejected.  It was determined he got out of the truck and walked around to the passenger side where he laid on the hood. Martin was transported to the hospital with serious injuries. One passenger in the truck had to be extricated by the Wayne Township Fire Department and was also transported to the hospital with serious injuries.

I-70 westbound was closed for several hours while Zore's Wrecker Service cleaned up the scene. An Indiana State Police Crash Reconstructionist also responded to the scene to assist with the investigation.

Investigators believe drugs or alcohol could be a factor in this crash however no arrest has been made. Any charges will be determined by the Marion County Prosecutor's Office after reviewing the case.

A 911 call was received from Ricky Drake, 72, who stated that his adoptive son was out of control and had threatened him with a knife and a large whiskey bottle. Drake fired a single shot from a .45 handgun striking Dominick Drake, 24.

The investigation is still ongoing with the Shelby County Sheriff’s Department.

At 12:45 am Shelbyville Police, Shelbyvillle Fire and Medics were dispatched to 149 East Franklin Street for a reported stabbing in an apartment.

No names are available as of this report.  A male for a unknown reason was stabbed at his apartment.  The suspect fled the scene.  The Shelby County Sheriff’s Department was called to assist in the search for the suspect.

The victim’s condition is unknown as of this report.

This remains an active investigation.  Anyone with information is asked to contact the Shelbyville Police Department.

The Shelbyville Police Department started an investigation on scene of the fire at the TLC building , 820 Webster, Wednesday night.

Detectives were notified of the possibility of four juveniles being involved in the fire.  Detectives have contacted the juveniles and have questioned them in reference to the fire.

Currently, this is still an ongoing investigation.  We can report that the public is not in an additional danger.

We are asking anyone with any additional information is asked to contact Detective Captain Bill Dwenger at 317-392-5106.

Firemen from several assisting communities were on site and on stations for a fire at an abandoned, former trucking company building Wednesday. 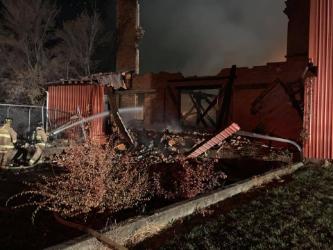 One of the firemen injured was dealing with a shoulder, the other a knee injury.

Shelbyville High School senior Julia Hamblen took on the best the nation had to offer in the recent National FFA Public Speaking competition.

Hamblen shared her experience with the Shelbyville Common Council.

Residents were out of the home upon arrival. The home sustained heavy damage but should be repairable.

No injuries were reported.

It's scheduled to be closed for three days for street repair.

Robertson Paving is the contractor on the project.

We are seeking more details but this post on the Northwestern Consolidated School Corp. - Shelby County Facebook:

NWCSD is no longer in a lockdown profile and has resumed normal campus operations.

The Triton Central campus is now re-opened to visitors. Thank you for your patience and understanding.

The Triton Central schools campus is currently on a lockdown in collaboration with local law enforcement investigation into a potential threat at TCHS by an off-campus student.

The campus will be closed to visitors until further notice.

For some, the first significant snowfall of the season will start falling late tonight and stick around well in to Tuesday.

The National Weather Service in Indianapolis is predicting various amount of accumulating snow depending on where you live throughout the state.

In northern Indiana, Meteorologist Mike Ryan says you could see as much as six inches in place such as South Bend, Gary, and Fort Wayne.

Central Indiana won't see as much, around one-to-two-inches, with rain changing over to snow during rush hour.

Southern Indiana will see some snow as well, but not until closer to sunset.

An attempted bank robbery in Shelbyville quickly ended with an arrest Thursday.

Just before 1:30 pm,  the Shelbyville Police Department was notified of an attempted robbery at First Merchants Bank, 29 East Washington Street.

A description was given of a male who left the bank, walking northbound. Patrol officers responded and located the male a few blocks north of the bank.

Paul Logan Hochgesang, 27, of Fairland, was subsequently arrested after cooperating with the Criminal Investigations Division.

No one was harmed during the incident, nor was anyone else believed to be involved.

Hochgesang is being held at the Shelby County Jail on a preliminary charge of Robbery, a Level 3 Felony.

Firemen responded Wednesday to a call in St. Paul.

St. Paul, Adams and Waldron were called to 211 East Washington in St. Paul.

St. Paul Volunteer Fire Department Chief Heath Dillion says the fire was not suspicious in nature.  The fire was described as electrical and started in the ceiling of the structure.

There’s no word on the damage amount.

Shelbyville will retain the same mayor but have a change at clerk - treasurer following Tuesday's municipal election.
With voter turnout at 22.98% here are the final election results from the Shelby County Courthouse.

With the close of absentee voting in Shelby County at noon on Monday, 662 ballots had been cast.

538 - at the Shelby County Courthouse

Nestlé is recalling 26 different ready-to-bake, refrigerated cookie dough products because they might be contaminated with "food-grade rubber," the company announced Thursday.

The recall covers tubes, tubs, and bars of cookie dough that include batch codes that begin with 9189 and run through 9295.

To find the batch code, flip the package over and look for the "Use By" date. The batch code will be the first set of numbers to the right of the date.

The back of a package of Nestle-brand cookie dough with the Batch Code circle in red ink.

If you own any of the recalled cookie dough, you can return it to the store for a refund. 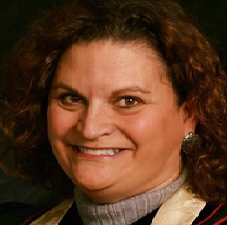 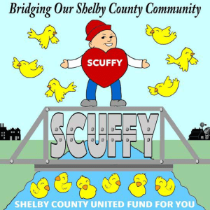