As the final seconds ticked off the clock Friday night in the Class 5A football state championship, New Palestine head coach Kyle Ralph couldn't help but get caught up in the moment.

Fighting back tears, Ralph embraced each of his players, thanking them for a magical ride that was capped with a 27-20 win over Valparaiso en route to a 14-0 season and back to back Class 5A titles.

After a few moments, Ralph was able to reflect on a season that saw his team overcome the likes of Center Grove, Whiteland, Cathedral and then Valparaiso, doing so as the second smallest team in Class 5A.

Early on, it looked like the game between the Dragons and Vikings, both of whom entered undefeated, would be one for the ages. 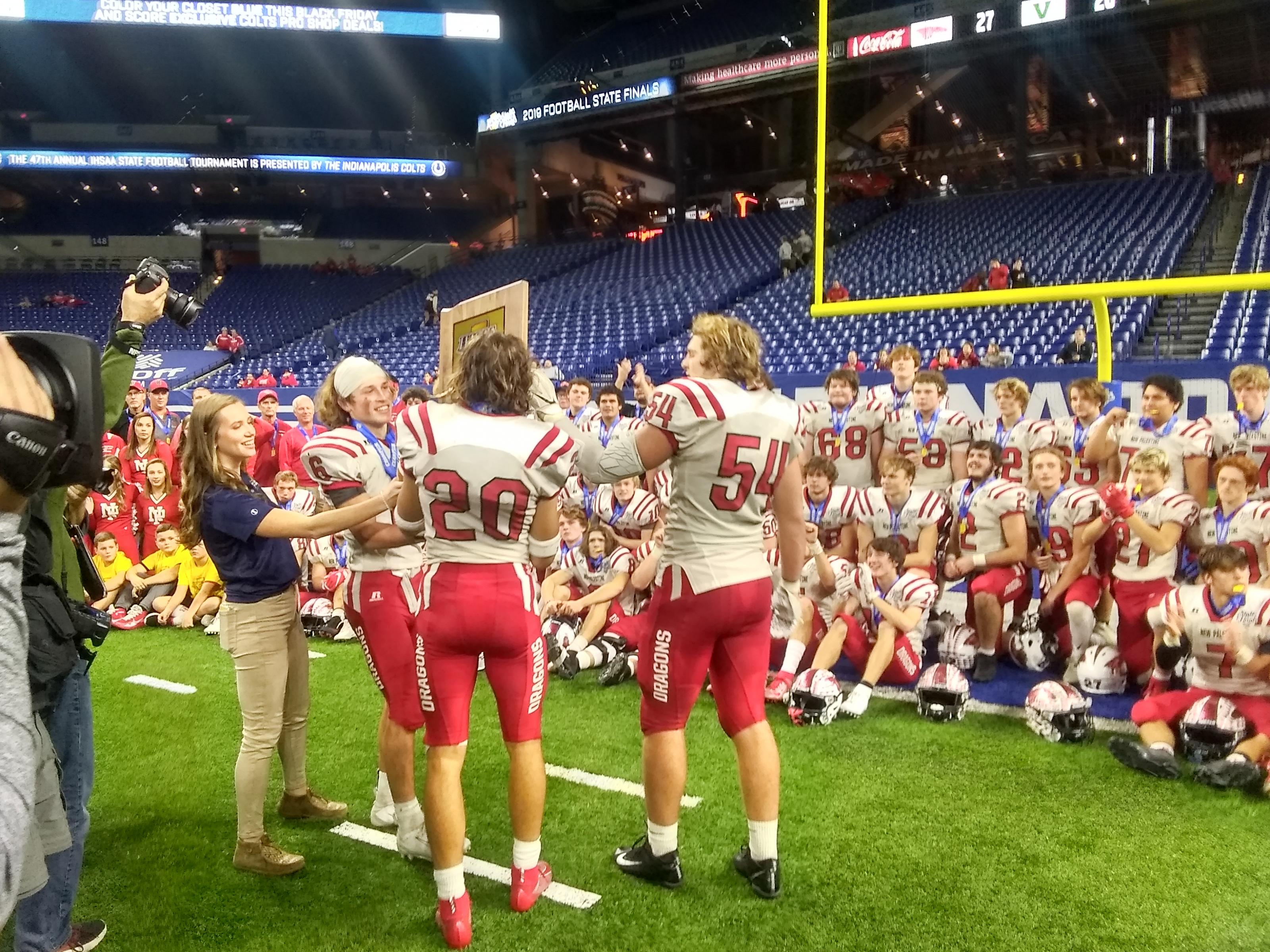 New Palestine struck first as quarterback Lincoln Roth hit Blake Austin for a 24-yard touchdown and Alex Kropp's leg put the Dragons ahead 7-0. However, Valparaiso would claw back eight minutes later, as Antonio Osorio reeled in a 25-yard strike from quarterback C.J. Opperman and Liam Shepherd knotted it at 7-7.

The two teams would trade field goals in the second quarter, going into the locker room tied 10-10.

Ralph told Giant FM his message was a clear one at the half -- they had been in this position before, most notably against Cathedral in a regional final.

That's exactly what happened as Charlie Spegal ripped off an 80 yard touchdown run, giving the Dragons a 17-10 lead they would never surrender. For the game, Spegal finished with 160 yards and a score on 23 touches. For his career, he finished with 10,867 rushing yards, 175 touchdowns and 173 rushing touchdowns.

The Dragons would continue to add to their lead, getting a 20-yard field from Kropp and an interception for a touchdown from Ryker Large to go ahead 27-10 with just under a minute to play in the third quarter.

However, Valparaiso would refuse to go away quietly.

Running back Tommy Burbee would find the end zone from a yard out to cut the deficit to 27-17. Two minutes later, Shepherd would add a 38-yard field for the final points of the game.

Ralph credited his Red Rage defense for stepping up when needed.

Offensively, the Dragons got a huge lift from Eric Roudebush, who had to fill in at quarterback following an injury to Roth. 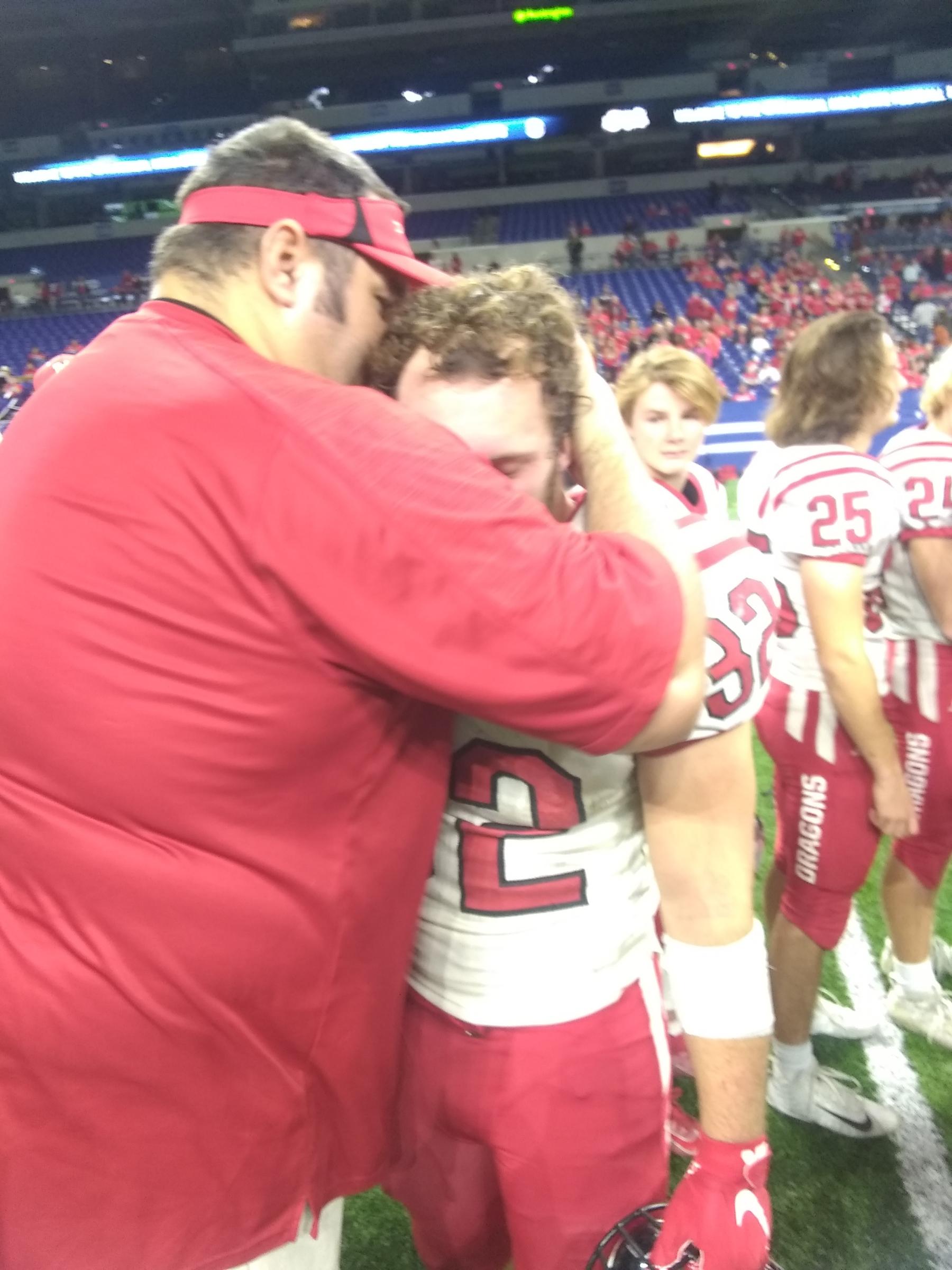 Ralph said he had no doubt Roudebush would step up, as he ended with 62 yards rushing.

For Roudebush, the win was "great."

The win was the 28th in a row for the Dragons, a number Ralph said he owes to his players.