Southwestern’s first regional appearance in eight years came because of great patience working with a new coach and overcoming the complications of a worldwide pandemic.

Garrett Krieg was hired to take over the girls basketball program in 2020 at Southwestern at a time when COVID-19 was in full bloom. Students were working from home and typical offseason workouts in the building or on campus were nearly non-existent.

“Not having a summer really hurt,” said Krieg, who went 18-8 in his first season as the head coach. “And then when we did have a summer, my wife had a baby. I took two weeks off where we didn’t practice in the summer to be home with my child.

“But when we came back, we worked really hard and did a lot of good things.”

Krieg looked at a 2020 roster and saw four rising seniors and three juniors that would be thrust into the rotation. But what they looked like on the court was a mystery for awhile.

“The first time I talked to them was through Zoom,” laughed Krieg. “It was tough to get a read on the girls.”

Seniors Maggie Correll, Abby Muck, Trinity Tatlock and Lexi Wilkins were the stalwarts in the starting lineup. Junior Lily Kerber settled in around the quartet while juniors Alison Muck and Kennedy Pile and sophomore McKinley Correll contributed whenever and wherever needed.

Not surprisingly, the season got off to a slow start as Krieg settled in and the players learned what they were trying to accomplish. 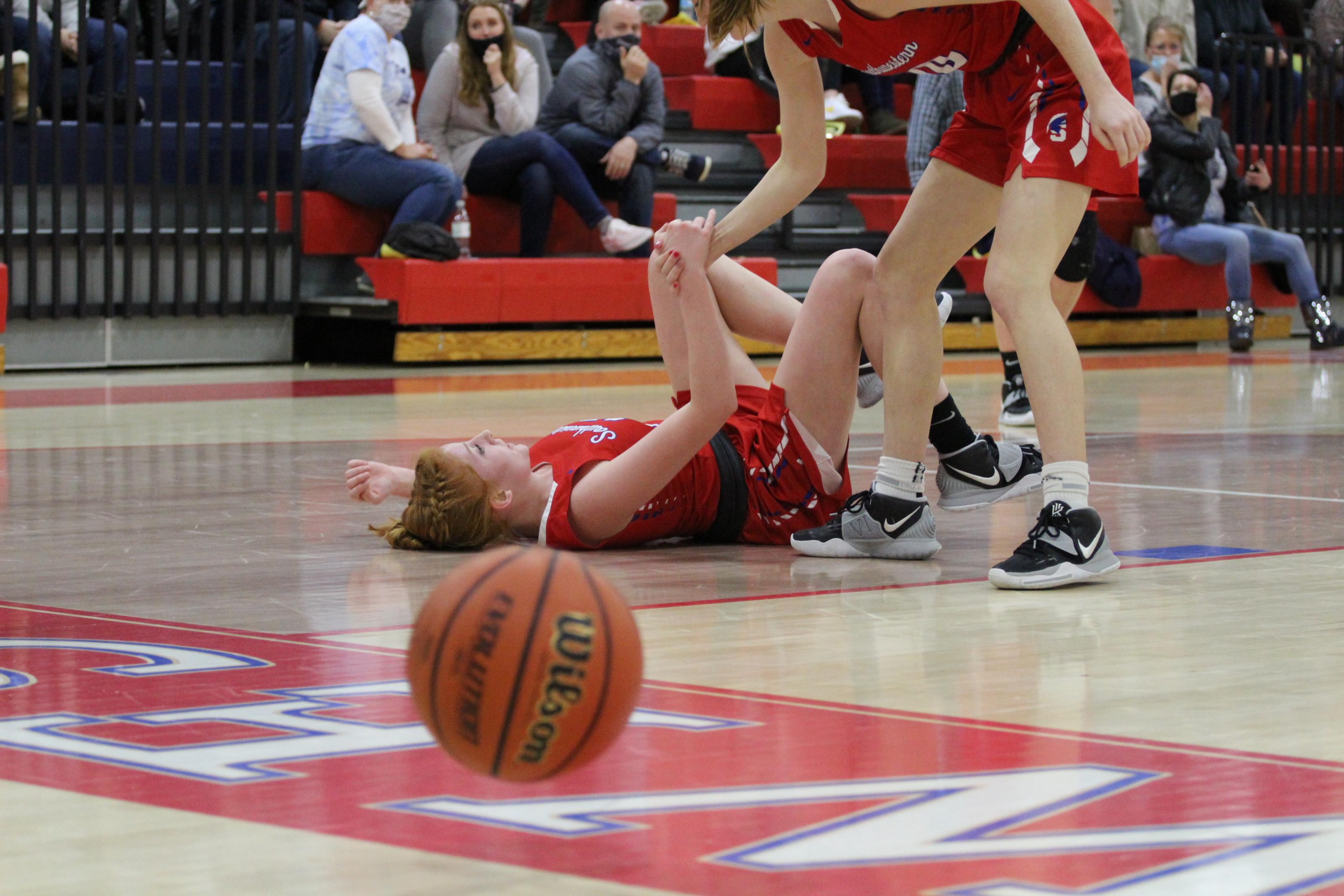 The Spartans started the season 3-3 before winning back-to-back games against Eastern Hancock and Knightstown.

“I think they got used to my coaching style and got used to what we were trying to accomplish offensively and defensively,” he said. “Then COVID hit and we had to start all over again.”

After the Knightstown win on Dec. 8, the Spartans did not play again until tournament games Dec. 29 and Dec. 30 against Carroll (Flora) and Clinton Central. They added wins over Lutheran and Morristown to bring momentum into the Shelby County Tournament but an old nemesis was waiting.

Waldron pinned a second loss of the season on Southwestern, 36-33, in the semifinal round of the county tourney. Despite the disappointment, the program bounced back to get a 66-64 overtime win at Whiteland.

“By the time January started, I thought we were right where we needed to be, and we got better and better,” said Krieg. “That Whiteland win was huge.”

The players were believing in Krieg and gaining motivation to win their first sectional title since 2013 and play in the regional on their own floor.

“We’ve always known we had potential and I think having a new coach helped us a lot with becoming the team we are,” said Tatlock. “I think it was a good adjustment. We all took him very seriously when he came in and we all respected him. He set boundaries and I think that helped a lot with this season. He set expectations and goals for us which helped push us to where we are at.”

Southwestern closed out the regular season winning five of its last six games and the sectional draw put Waldron right back in the Spartans’ way.

The third time was the charm as the Spartans defeated the Mohawks, 52-50, and added wins over Rising Sun (68-35) and Jac-Cen-Del (52-48) to capture the sectional title and earn a return trip home.

Win or lose, it would be the last game for the four seniors on their home floor. The Cougars proved too tough to tame, though, with a veteran trio of seniors that led their team to a 49-42 victory.

Krieg knows the offseason will be crucial to developing the next wave of Spartans. Kerber scored a team-high 13 points in the regional title tilt and will be counted on for more production, both in the lane and from behind the 3-point arc, next season.

“She is still a little inconsistent, confidence is an issue,” said Krieg. “but I thought her tournament run was awesome. She had a great season all year. I think she is a player that will really take that next step up.”

Abby Muck and Tatlock led Southwestern in scoring this season at 12 points per game. Wilkins averaged 11 ppg and Maggie Correll contributed 8 ppg. Together, the foursome accounted for 78% of the Spartans’ offense.

Kerber produced 5.5 points and rebounds per game and will be her team’s leading returning scorer for the 2021-2022 season.