TeAnn Bringle went 2-for-4 at the plate with a run scored in Indiana State’s 15-9 loss to Western Kentucky Saturday at the Chattanooga Challenge in Chattanooga, Tennessee.

The Sycamores finished the tournament 1-4 with their lone win coming over Chattanooga, 7-5, Friday.

Bringle, the Sycamores’ starting third baseman and a Shelbyville graduate, was 3-for-13 with three walks.

Here is a look at other collegiate athletes with Shelby County ties.

The Triton Central graduate finished with nine points, two rebounds and two steals in Loyola’s 78-51 loss Friday at the University of Northern Iowa.

On Saturday, the Ramblers avenged the loss with a 66-64 overtime win. Chandler had three points and one rebound for Loyola (10-7, 8-5 Missouri Valley Conference).

The Triton Central graduate had four points and seven rebounds for Evansville in a 57-43 win Friday at Valparaiso.

Competing for the University of Indianapolis track and field team in the Indianapolis Track and Field Classic, Martin, a Shelbyville graduate, won the high jump with a best clearance of 1.90 meters.

Shackelford, a Southwestern graduate also at the University of Indianapolis, finished runner-up at 1.85 meters. 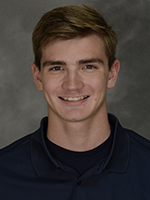 Baker finished third in the diving competition with 195.85 points.

Franklin College’s volleyball team split a pair of matches with Earlham College Saturday then pinned the first loss of the season on Transylvania Tuesday.

In the loss, Laker, a Shelbyville graduate, had five kills and 4 digs.

Tatlock, a Southwestern graduate, had four kills and three digs.

Franklin College (9-5, 6-2 HCAC) earned the No. 3 seed in the upcoming HCAC Tournament.

The Triton Central graduate recorded 33 assists, 10 digs and two kills for Eastern Illinois in a 25-23, 25-21, 25-24 loss Monday to the University of Tennessee Martin.

The loss dropped the Panthers to 0-6 this season.