Dylan Harker made his final conference championship swim meet a memorable one.

The Shelbyville High School graduate (photo, center) won the 100-yard breaststroke in 57.35 seconds and teamed with Jack Burke, Charlie Hall and Shane O’Sullivan to net Franklin College a victory in the 400 medley relay in a championship meet and school record time of 3:23.07.

Cameron Baker (photo, right) finished third in both diving events with 338.45 points in the 3-meter event and 371.45 in the 1-meter competition.

Franklin College, the defending champion, finished second in the team standings to Rose-Hulman, 732-728.

The Triton Central graduate had a career-high 18 points and two rebounds Saturday in Loyola’s 60-45 loss to Illinois State.

One day earlier, Chandler had five points, one rebound and one assist in a 64-61 loss to that same Illinois State squad.

The Ramblers finished the regular season 10-12 (8-10 Missouri Valley Conference). That slotted Loyola as the sixth seed in the MVC Tournament and set up a third-straight meeting with Illinois State, the No. 3 seed, Friday at 8 p.m. in Moline, Illinois.

Stephens closed out her first basketball season at the University of Evansville Saturday with two points and three rebounds in an 85-44 loss to Missouri State.

On Friday, the Triton Central graduate had seven points and four rebounds in the Purple Aces’ 87-54 loss to Missouri State.

The Shelbyville graduate was 1-for-3 with a double Sunday for Indiana State’s softball team in a 3-0 loss at Mississippi in the Ole Miss Classic in Oxford, Mississippi.

The Sycamores (4-9) finished 3-3 in the invitational with a pair of wins over North Dakota State, a split doubleheader with Samford, and two losses to the Rebels.

The Shelbyville graduate was 1-for-3 with a run batted in for IU South Bend’s baseball team Saturday in a 3-2 loss to Georgetown College in Georgetown, Kentucky. 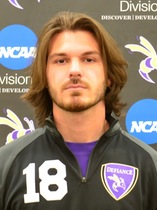 The Shelbyville graduate logged 151 minutes in a pair of season-opening wins for the Defiance men’s soccer program.

Macklin and the defense collected a second shutout Saturday with a 2-0 win over Franklin College.

The Shelbyville graduate went 1-for-4 with a run scored Saturday in Franklin College softball’s 7-3 win over Alma.

The Grizzlies defeated Alma 10-3 in game one of the doubleheader.

The Shelbyville graduate went 0-for-3 at the plate Saturday in Duke University’s 8-1 win over Pittsburgh.

The Shelbyville graduates made their collegiate softball debuts for Olney Central College during an east coast trip to Myrtle Beach, South Carolina.

On Feb. 27, Stieneker went 0-for-2 at the plate and Henry allowed two hits and two runs in an inning of pitching work in a 10-1 loss to Louisburg College.