After honoring its senior soccer players Sunday, Defiance College suffered a 1-0 loss to Rose-Hulman to fall to 2-3-1 this season.

Shelbyville graduate Carson Macklin (photo, third from left) was one of the Defiance seniors presented with a framed jersey to honor his playing career with the Yellow Jackets.

A defenseman, Macklin played 42 minutes Sunday in the loss to the unbeaten Fightin’ Engineers (6-0).

On March 17, Macklin recorded two shots in a double-overtime scoreless tie at Anderson. Macklin played 74 minutes in that contest.

The Triton Central graduate closed out her freshman season at Loyola with 10 points, four assists and two steals in a 74-55 win Sunday over Abilene Christian in a consolation game of the Women’s Basketball Invitational tournament held in Frankfort, Kentucky.

On Saturday, Loyola lost to Manhattan, 56-51. Chandler had 16 points and a career-high eight rebounds.

Chandler, the Missouri Valley Conference Freshman of the Year, started all 27 games this season for Loyola (12-15) and averaged 8.7 points and 2.8 rebounds per game.

The Morristown graduate played 15 minutes Thursday and had one rebound and two assists for Marian in a 69-62 NAIA National Tournament Round of 16 loss to Loyola University (Louisiana).

The Knights finished the season 23-5. 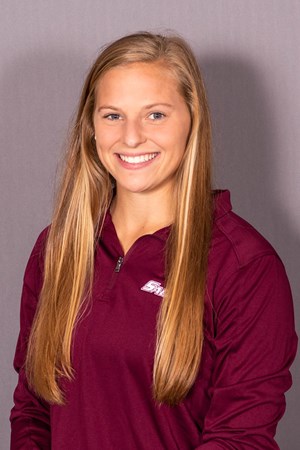 The Shelbyville graduate finished runner-up in the pole vault after clearing 12 feet, 5.5 inches for Southern Illinois Saturday in the Bill Cornell Spring Classic in Carbondale, Illinois.

The Shelbyville graduate was 1-for-4 at the plate combined in Indiana State softball’s three game sweep by Illinois State.

The Shelbyville graduate was 3-for-10 at the plate for Indiana University South Bend’s baseball team in a 3-game series against St. Xavier (Illinois).

On Tuesday, IU South Bend split a doubleheader with Trinity International. The Titans lost 9-8 in game one but rallied for a 7-1 victory in game two. Young pitched the ninth inning in game two and had two strikeouts to seal the win.

The Titans are 7-13 this season and 3-3 in Chicago Collegiate Athletic Conference contests.

The losses dropped the Panthers to 2-12 this season.

Southwestern graduate Taylor Tatlock, who also plays volleyball at Franklin College, finished second in the javelin (106-03), third in the discus (106-03) and 10th in the hammer throw (80-02). 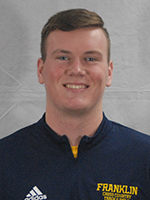