The Golden Bears opened the day with a 16-0 shutout victory over the Panthers.

Katie Mathies, DePauw commit, and Kylee Edwards each delivered their second home runs of the year and Kiley McIver had a grand slam. 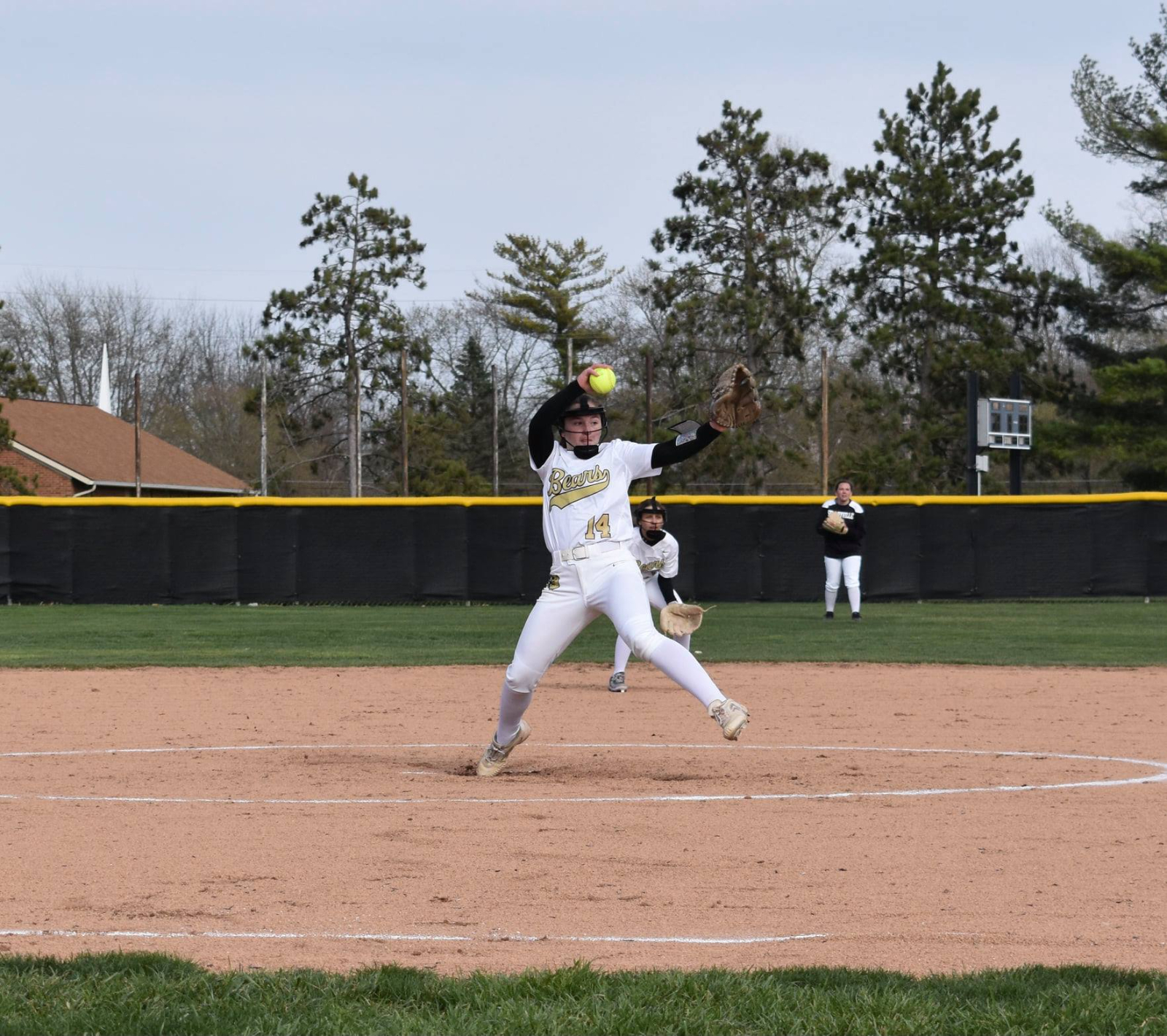 Cheyenne Eads earned a win and a save Saturday pitching for Shelbyville. The freshman ran her scoreless innings streak to 10 innings to start the season. (Above, from left): Karissa Hamilton, Kylee Edwards, Katie Mathies and Kiley McIver totaled six home runs in the Golden Bears' 16-0 victory at Jennings County. Hamilton added another home run in the 9-7 win.

The Golden Bears collected 14 hits in the win and Edwards had four stolen bases.

In game two, Hamilton was 4-for-4 at the plate with another home run – her fifth of the season – and she had four more RBIs.

Three Shelbyville pitchers combined to get the Golden Bears off to a 3-0 start this season.

Hailey Pogue got the start and pitched 3 2-3 innings, allowing nine hits and six earned runs while striking out five. Brooke Lipperd pitched 2 1-3 innings in relief, allowing one hit and one unearned run.

Eads returned to the pitcher’s circle and tossed another scoreless inning to earn the save.

Edwards and Kaylie Phelps each had two hits in the victory.