Gearlds was crowned meet medalist with an 8-over par score of 80.

Morristown’s Asher Caldwell carded an 81 to finish runner-up. Uhls was the only other golfer in the field to break triple digits on the scorecard with an 88. 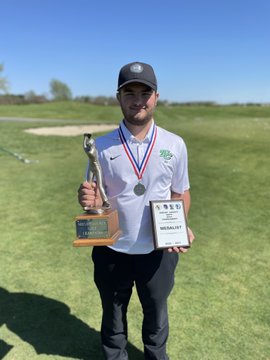 Morristown was second at 403. Southwestern completed the field at 450. Waldron did not field an entrant.

Following Caldwell on the Yellow Jackets’ scorecard were Jordan Battles with 104, Sawyer Jones and Collin Essex, each at 109, and Kyle Crim at 114.

For Southwestern, Caleb Pappano led the way at 105. Justin Swift carded 110. Tristian Pappano followed at 117, one shot ahead of Ty Burcham.