The decision to become Southwestern High School’s new girls varsity basketball coach was not an easy one for Jason West.

The former Shelbyville girls basketball coach planned to return to the sidelines this season as Southwestern’s junior varsity coach. It allowed him to contribute to the sport he loves yet still have plenty of quality time with his wife, Maressa – a third grade teacher at Hendricks Elementary in Shelbyville, and two children, Addison, age 6, and Jaxon, 4.

That plan changed last week when Garrett Krieg, who led Southwestern to an 18-8 record and a regional championship game appearance in his first season, resigned to become the boys varsity basketball coach at South Adams High School.

“He had to do what was best for his family,” said West. Krieg is originally from northeastern Indiana. “He had familiarity with South Adams and you just don’t expect things to open up when they do.”

Krieg’s sudden departure left Southwestern in a tough spot. The first official day of practice for the IHSAA girls basketball season was Monday.

Athletic director Brady Days immediately went searching for a new coach. It turns out all he had to do was walk down to the Math classrooms.

Days confirmed Monday that West would become Southwestern’s next coach – as soon as he returns from his family’s Alabama vacation. 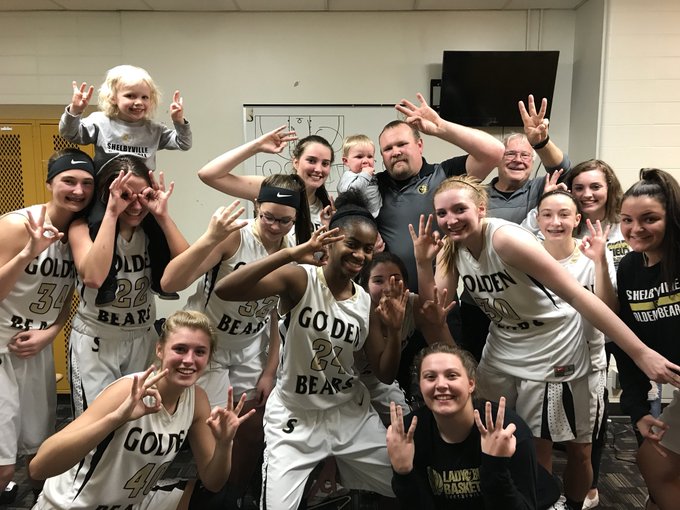 West spent four seasons as Shelbyville’s girls basketball coach from 2016-2019. After a 12-11 first season, the program struggled the next three, winning just 10 games.

West stepped aside after the season and landed at Southwestern as a Math teacher, a position he did not want to jeopardize with a return to coaching.

“I enjoy Southwestern. I enjoy the administration, the community and the people there,” said West via phone interview Tuesday morning. “I know the kids at Southwestern. I have the kids in class. There were no drawbacks to this scenario.”

West said he won’t commit long-term to coaching at Southwestern because his family life is important to him. But the program needed someone to step up, and he was willing to make that commitment for this season. Where it goes from there will be up to his family and Southwestern’s administration.

“I am really happy in the classroom where I’m at,” he said. “I enjoy the small school community. I love the administration and working for (superintendent) Curt (Chase) and (principal) John Tindall.”

Brett Andrews is running practices this week in West’s absence. When Krieg asked West to be the junior varsity coach, West requested being able to keep his family’s traditional fall break vacation on the schedule.

Andrews, a former head coach at Indianapolis Lutheran, was slated to be the girls varsity assistant coach this season. Whether he takes the junior varsity slot that is now open or remains varsity assistant will be up to him, according to West.

“It will be whatever role he wants and what he wants to do,” said West. “He has a really good relationship with the girls.”

“This week is about getting conditioning in and getting shots up,” noted West as cross country and volleyball seasons just concluded. “On Monday, we will get after it.”

Southwestern is scheduled to open the season Nov. 2 at Tri. The Spartans are at Shelbyville on Nov. 19.