Steve Mackey has tried to keep this week as simple as possible. No easy task when his Waldron volleyball program is preparing for its first ever regional appearance Saturday at Morristown High School.

“We are trying to put the time in the gym and get mentally prepared,” said Mackey. “It’s just an extension of the season but it is new ground for them.

“I’m just trying to keep them thinking about what’s ahead and what’s possible for them to achieve – they do the rest.”

Waldron (22-10) opens the Class A regional at 10 a.m. Saturday against Bloomfield (18-11), a program making its fourth-straight regional appearance and 18th overall.

In the second semifinal, Indiana School for the Deaf (21-7) returns to the regional for a second straight year to face Indianapolis Lutheran (7-24), making its fifth consecutive regional appearance.

“We are trying to prepare by doing what we do well and shoring up our deficiencies,” said Mackey, Waldron’s first-year head coach. “Calmness comes from confidence and repetition.” 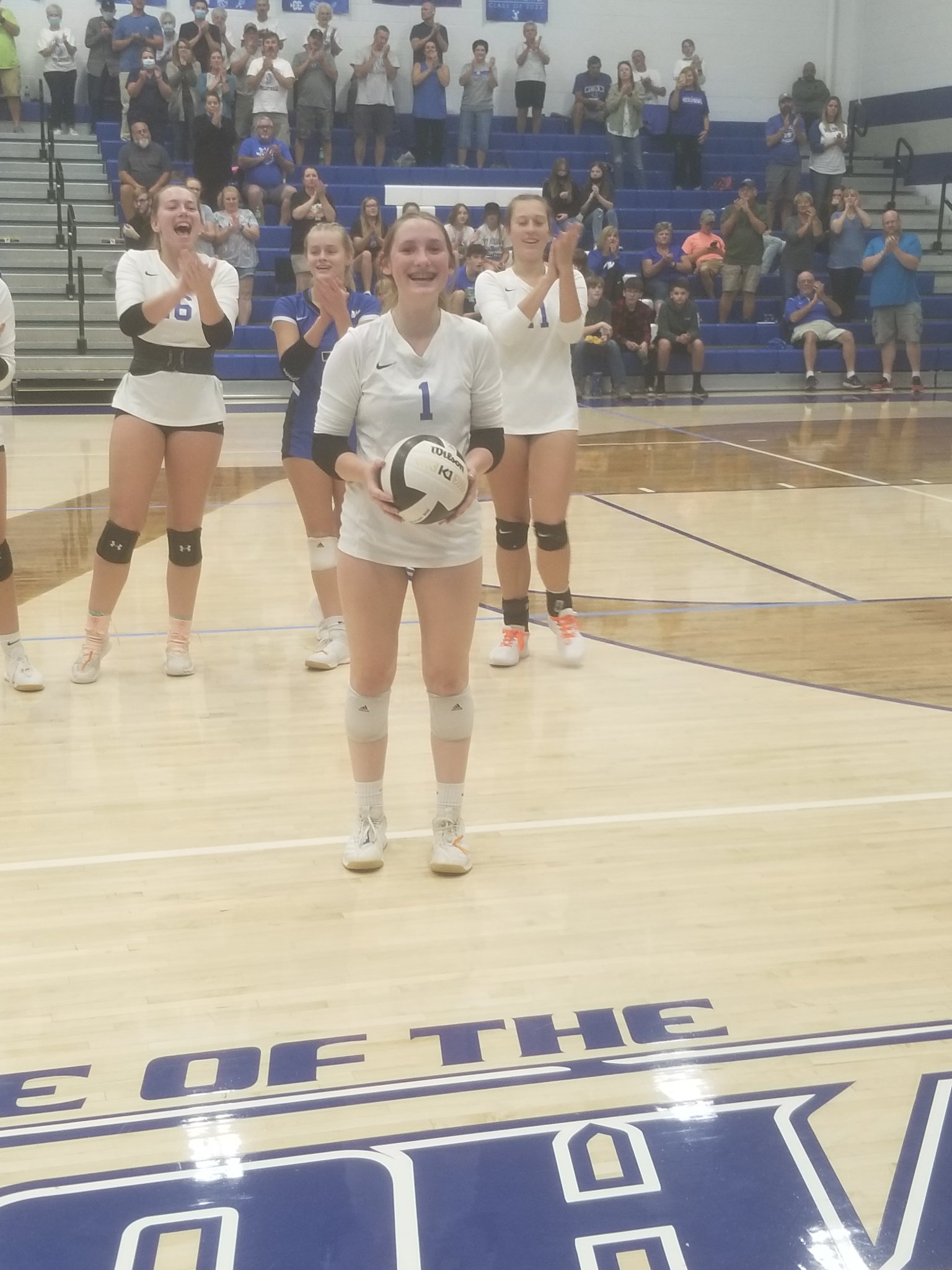 The Mohawks have an experienced roster that finished 20-11 in 2020 that is directed by sophomore setter Emily Tyree (photo above), who surpassed 1,000 career assists late in the season.

“Mentally, she always has her head where it needs to be,” said Mackey. 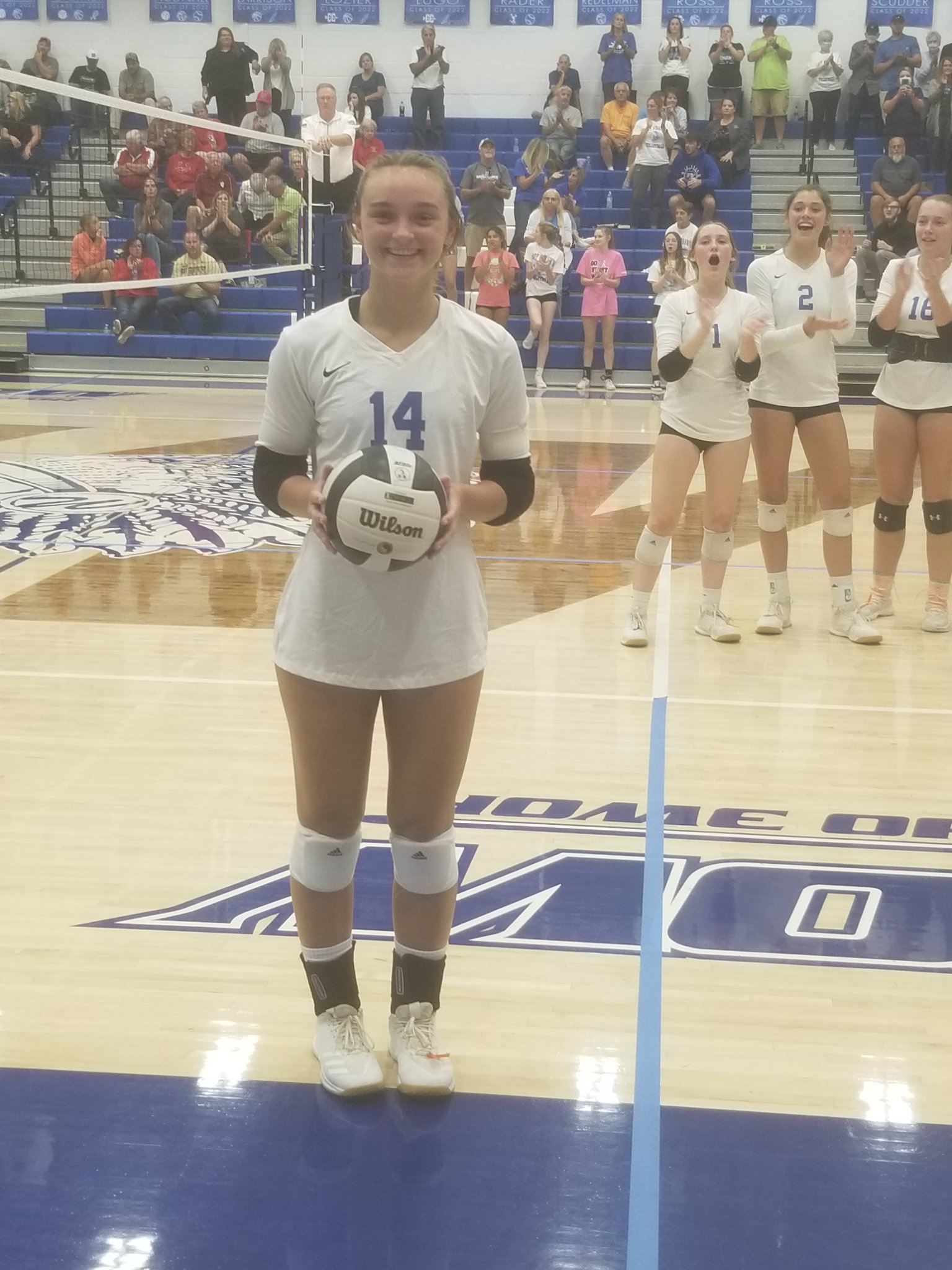 Garner (photo above), who recorded career dig 1,000 earlier this season, is strong defensively with senior Megan Bogemann and sophomore Alyssa Benson, who split time this season as the libero on the junior varsity squad.

“You can count on her to be a leader in the back row. She is just a steady player,” said Mackey of Bogemann.

For Waldron to advance, it will need to keep Bloomfield’s Gracie Lowry in check. The senior has 471 kills, 55 service aces, 53 total blocks and 184 digs this season.

The Cardinals started the season 1-5 before getting into gear and finishing 17-6. They enter the regional having won five straight matches and eight of their last 10.

“(Bloomfield) will be good in all phases of the game,” said Mackey. “They are tall and have a big front line. Their blocking will be tough. We have to be ready for that.”

On paper, Indiana Deaf appears to be a solid favorite over Lutheran, one of the more successful Class A programs in the state. 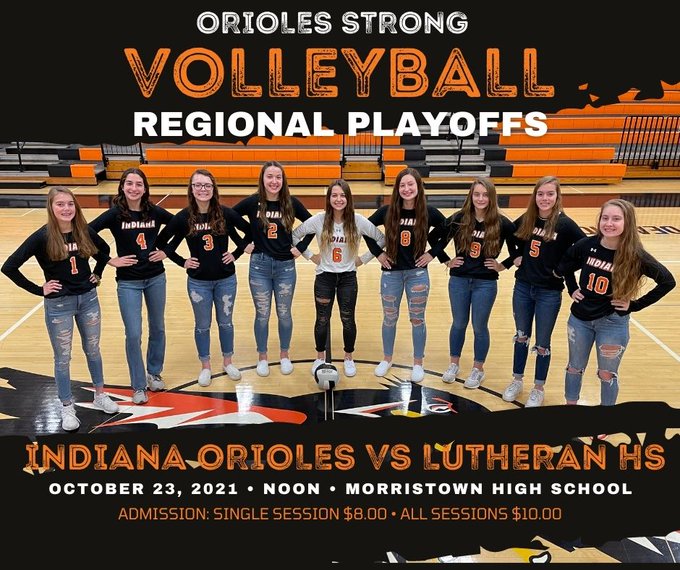 The Orioles have won 15 of their last 16 and five straight on the way to Morristown. They are 0-2 against Shelby County opponents this season, losing to Southwestern on Aug. 28 in an invitational and to Waldron on Sept. 7.

Lutheran enters the regional going 5-5 in its last 10 matches.

Sophomore Hadleigh Filipovich leads the Saints with 96 kills and 164 digs.

Indiana Deaf and Lutheran did not meet in the regular season.

The winner of the Morristown Regional advances to the southern Indiana semistate championship match at either Columbus East or Jasper to face the winner of the Loogootee Regional – which features Lanesville vs. Springs Valley and Trinity Lutheran vs. Loogootee.

The northern Indiana semistate championship will be at Huntington North or Frankfort.