The first goal was going to set the tone for the entire sectional match Monday at Shelbyville.

In the Class 3A, Sectional 12 opener, the Golden Bears knew the first goal was crucial against Greenfield-Central, a defensive-minded unit that entered the postseason with 11 shutouts.

A first strike for Shelbyville would allow the Golden Bears to push everyone back to defend the goal.

Allowing the Cougars to strike first would play right into their game plan of score and protect.

For nearly 80 minutes Monday, neither team could find the back of the net, meaning the first goal would likely be the only goal. 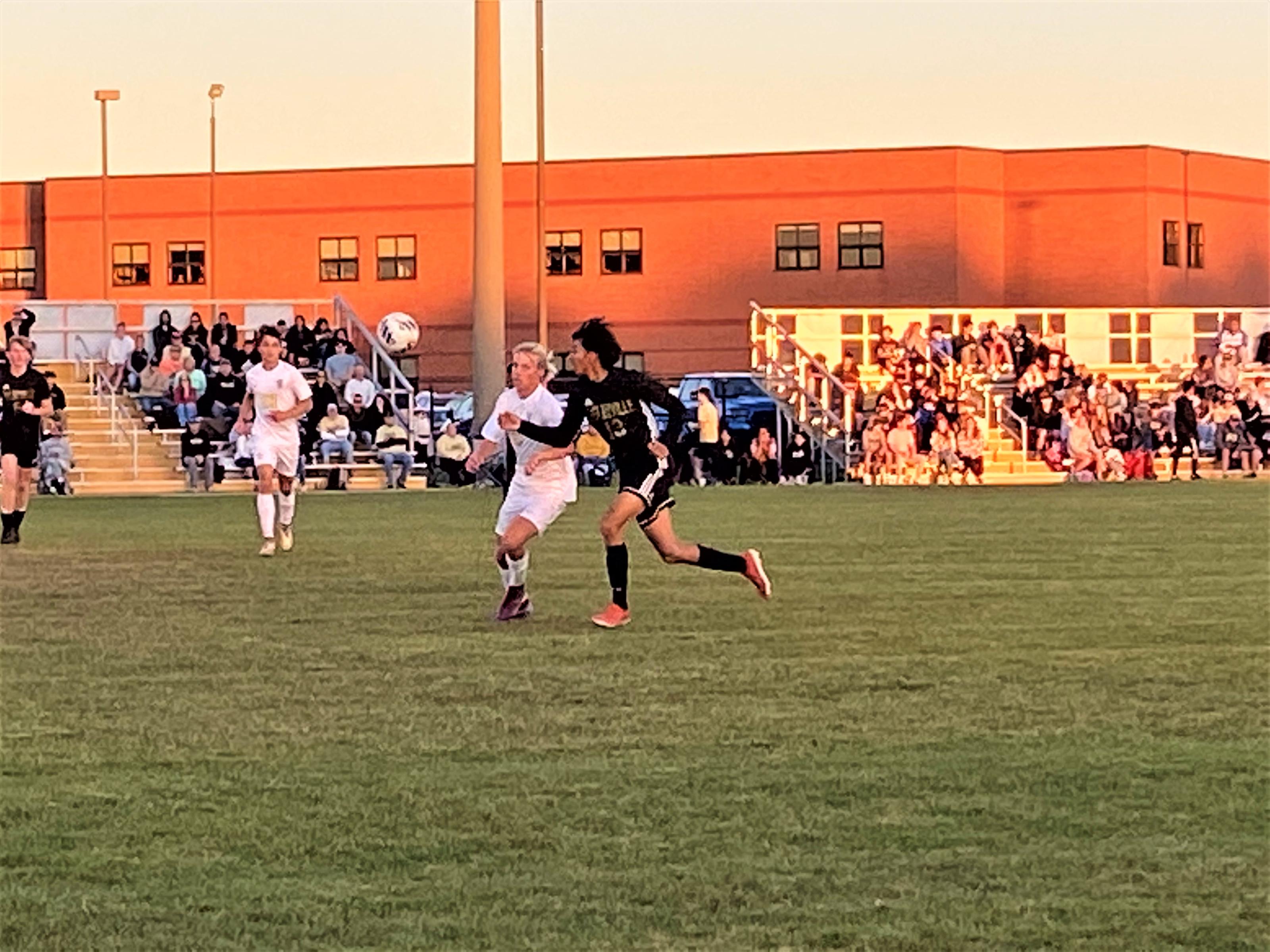 With just under 11 minutes left in regulation, Greenfield-Central’s Hunter Stine sent the ball forward across midfield. A Shelbyville defender missed clearing it and the bouncing ball landed in front of a hard-charging Drew Davidson.

With a Shelbyville defender giving chase and goalkeeper Jalen Hounshell rushing out to close off the shot angle, Davidson reached the ball first and flicked it up and over Hounshell and directly on net.

Davidson’s shot rolled into the net with 10:37 left in the second half and proved to be the only goal in a 1-0 victory that ended Shelbyville’s season.

“We knew it was going to be a defensive battle. We knew how great they were defensively,” said Shelbyville head coach Ben Purvis. “We worked all week on how do we set up and how do we make sure that defensively we transition and don’t give them easy opportunities.”

Shelbyville wanted to avoid another slow start, which hampered them throughout the season. Hounshell made two first-half saves from point blank range that gave the Golden Bears momentum against the Hoosier Heritage Conference champions who defeated them earlier in the year, 4-0.

“It’s been a trend for us, it takes us five minutes or so to get into a game or get into a second half and if the other team is ready we give up a goal,” said Purvis. “I was incredibly proud of the defensive work we put in tonight. It was just an unlucky bounce that went in.” 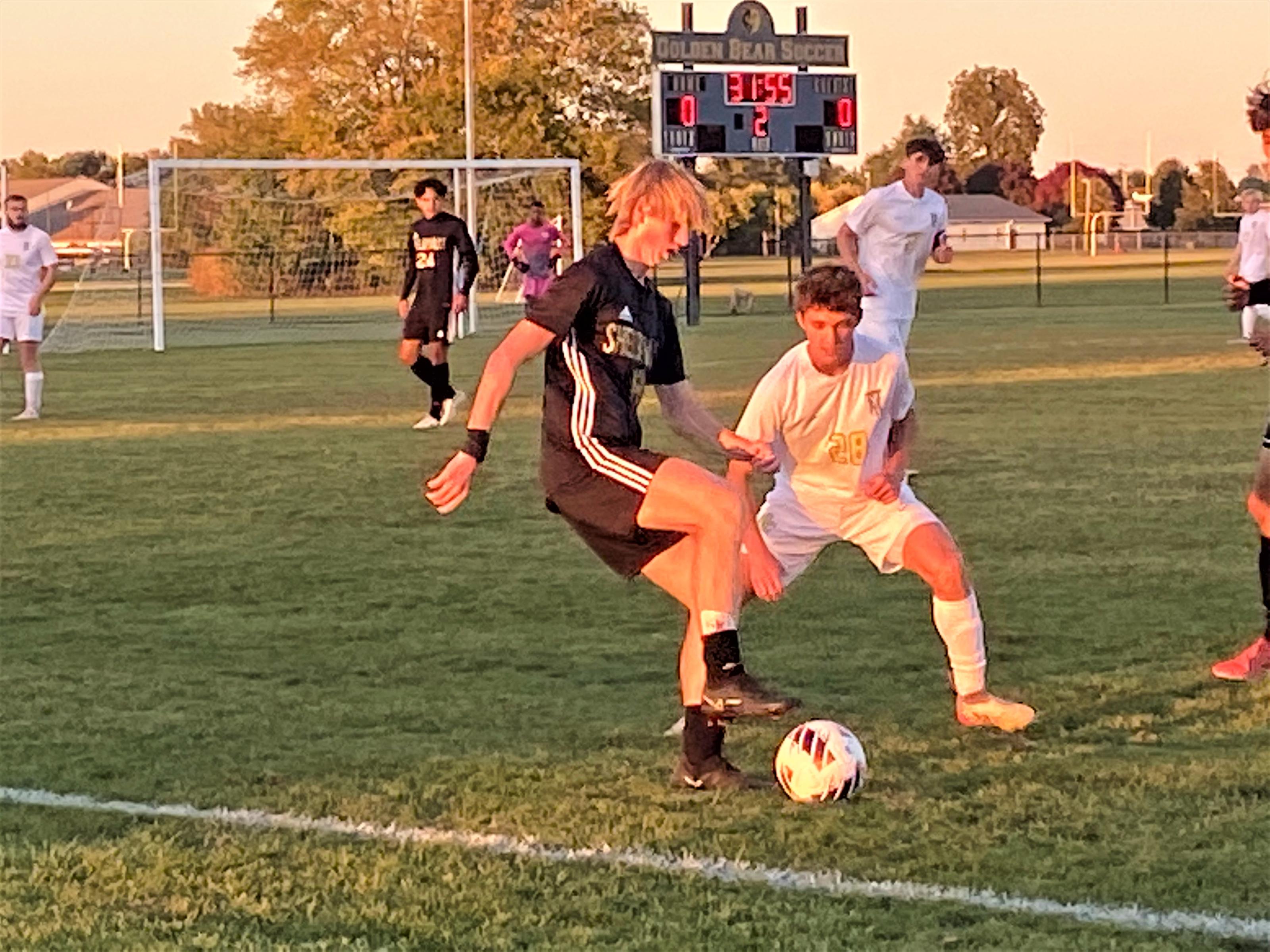 The Cougars have allowed just five goals all season.

Shelbyville finished the season 8-8-1 and started nine seniors Monday, including Hounshell, who was a late arrival to the program.

“I told (Hounshell) when he first joined this program, I never imagined how great of a goalkeeper he would become,” said Purvis. “He didn’t have any soccer knowledge a couple of years ago. He just wanted to join the team. He said he would try it out and then he ends up becoming one of the best keepers we’ve had. His instincts, his ability to cover the goal is phenomenal for being such a raw talent.”

Five of Shelbyville’s eight wins this season came via shutout with Hounshell in goal. 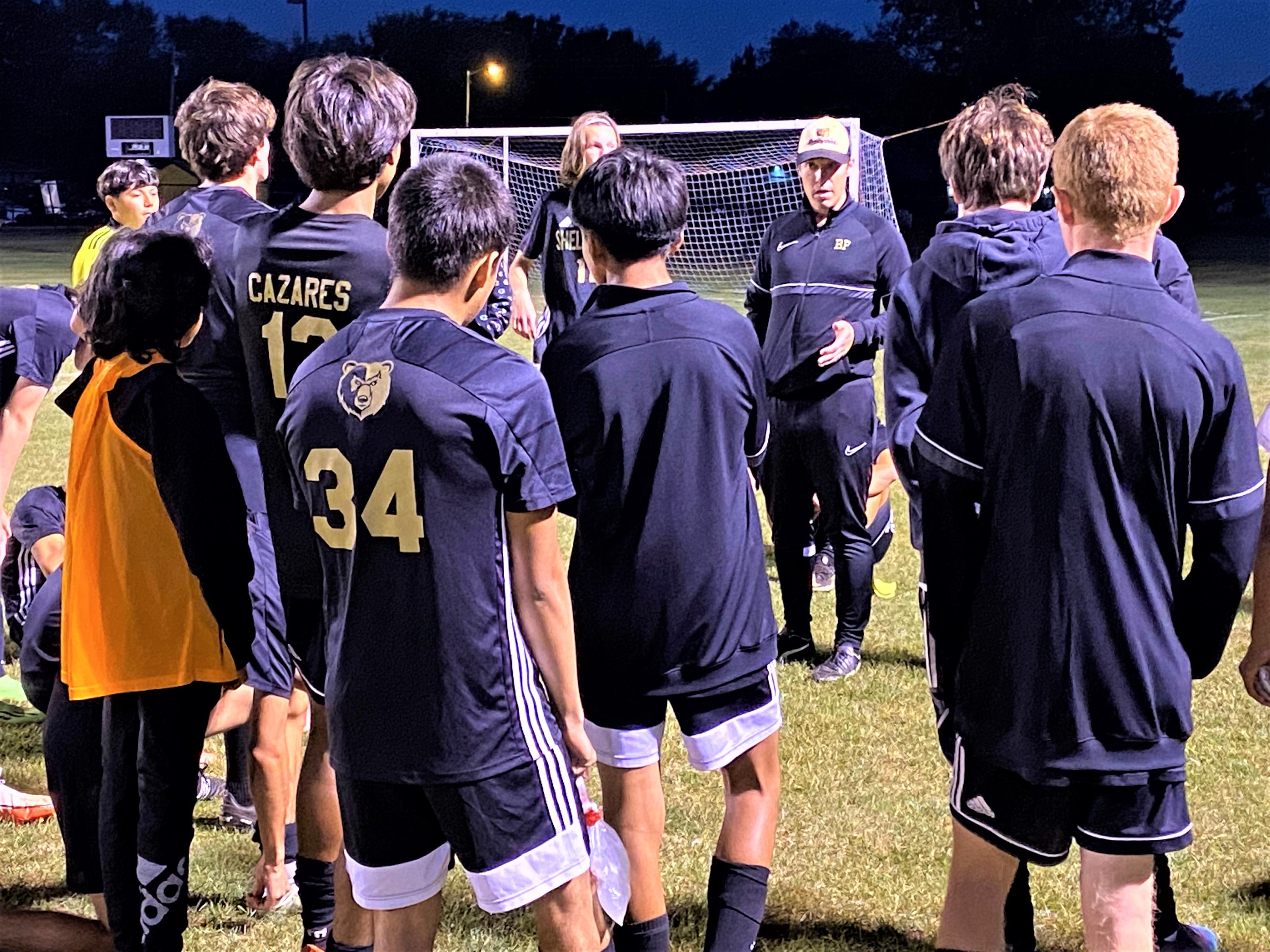 “We had the most people coming out for soccer this past year (we’ve had),” he said. “There is healthy interest in our program and a desire to be here and be a part of what we are trying to build.”

“It always hurts to lose that many (seniors) but we are really excited about what that (junior varsity) program did this year and some of the guys coming back. There is a lot of talent and even though we are losing big numbers, we are still bringing back a lot of talent. It will be a matter of how hard do they want to work and how do all the pieces fit together.”