Shelbyville finished off a four-game stretch against state-ranked opponents Friday with a 57-13 loss at Mt. Vernon.

The Marauders scored the first five touchdowns of the game in Fortville before the Golden Bears got on the scoreboard.

A Luke Jackson two-yard scoring run brought Shelbyville (1-7, 1-5 Hoosier Heritage Conference) within 34-6 after the extra-point kick attempt by Aiden Helfer-Vazquez was unsuccessful with 10:18 left in the second quarter.

Eli Chappelow (main photo) connected with Carson Linville for a 35-yard scoring strike midway through the fourth quarter to get the Golden Bears a second touchdown.

Mt. Vernon tacked on a late touchdown to close out the scoring.

Tre Jones had touchdown receptions of 11 and 43 yards from freshman quarterback Luke Ertel. The junior also had a 53-yard scoring run.

With the win, Mt. Vernon moved into second place in the HHC standings. The Marauders entered the game tied with Yorktown behind Class 4A, No. 1 New Palestine, a 63-12 winner Friday over New Castle.

The Dragons clinched at least a share of the HHC title with the win.

Mt. Vernon can secure sole possession of second place in the standings with a win at Yorktown (6-2, 4-2 HHC), a 28-20 loser Friday at Pendleton Heights. 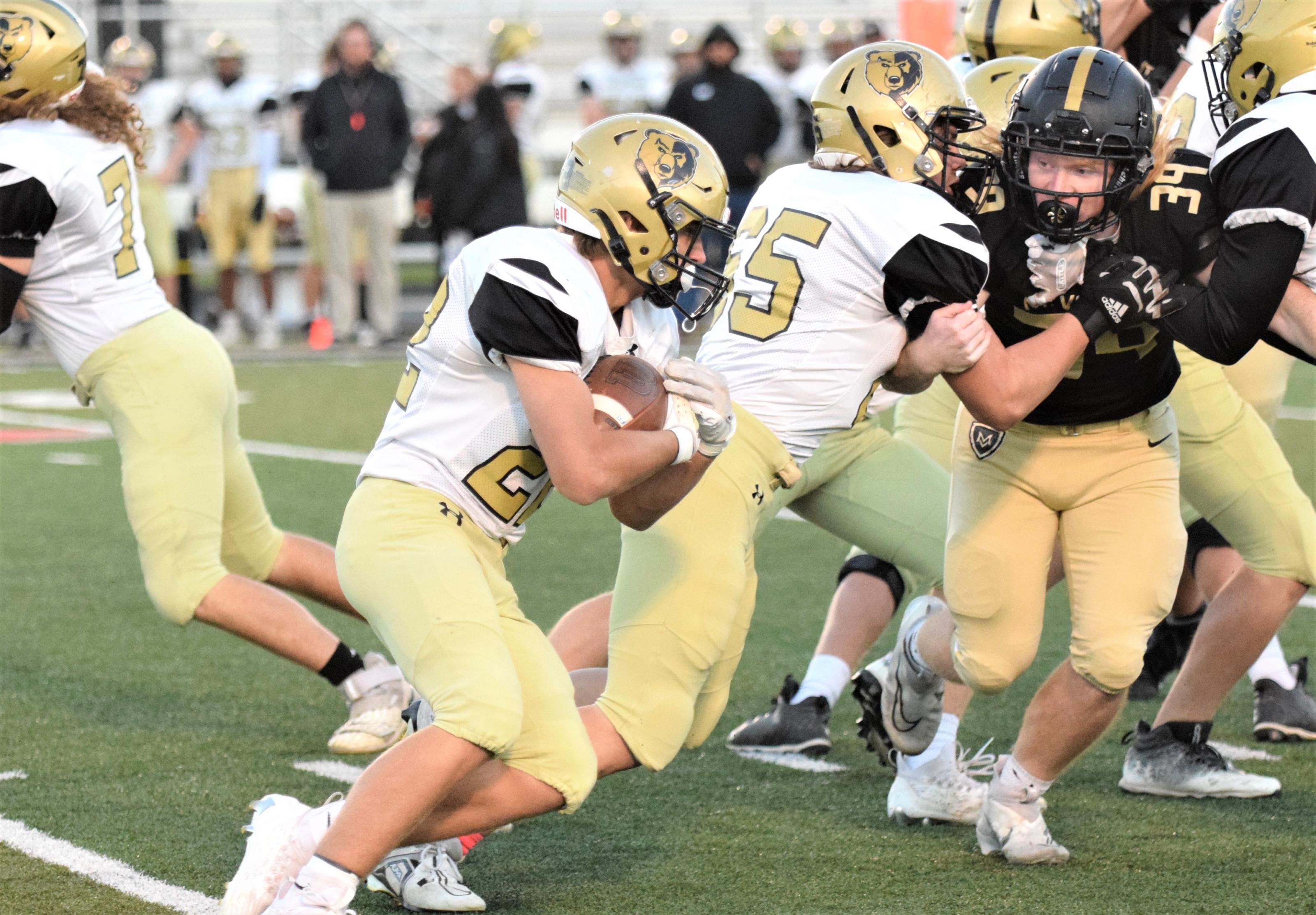 On Sunday at 5 p.m., the IHSAA will announce the complete postseason pairings for the 50th Annual Football State Tournament. The broadcast, hosted by Paul Lovell and Paul Condry, can be viewed exclusively at IHSAAtv.org.