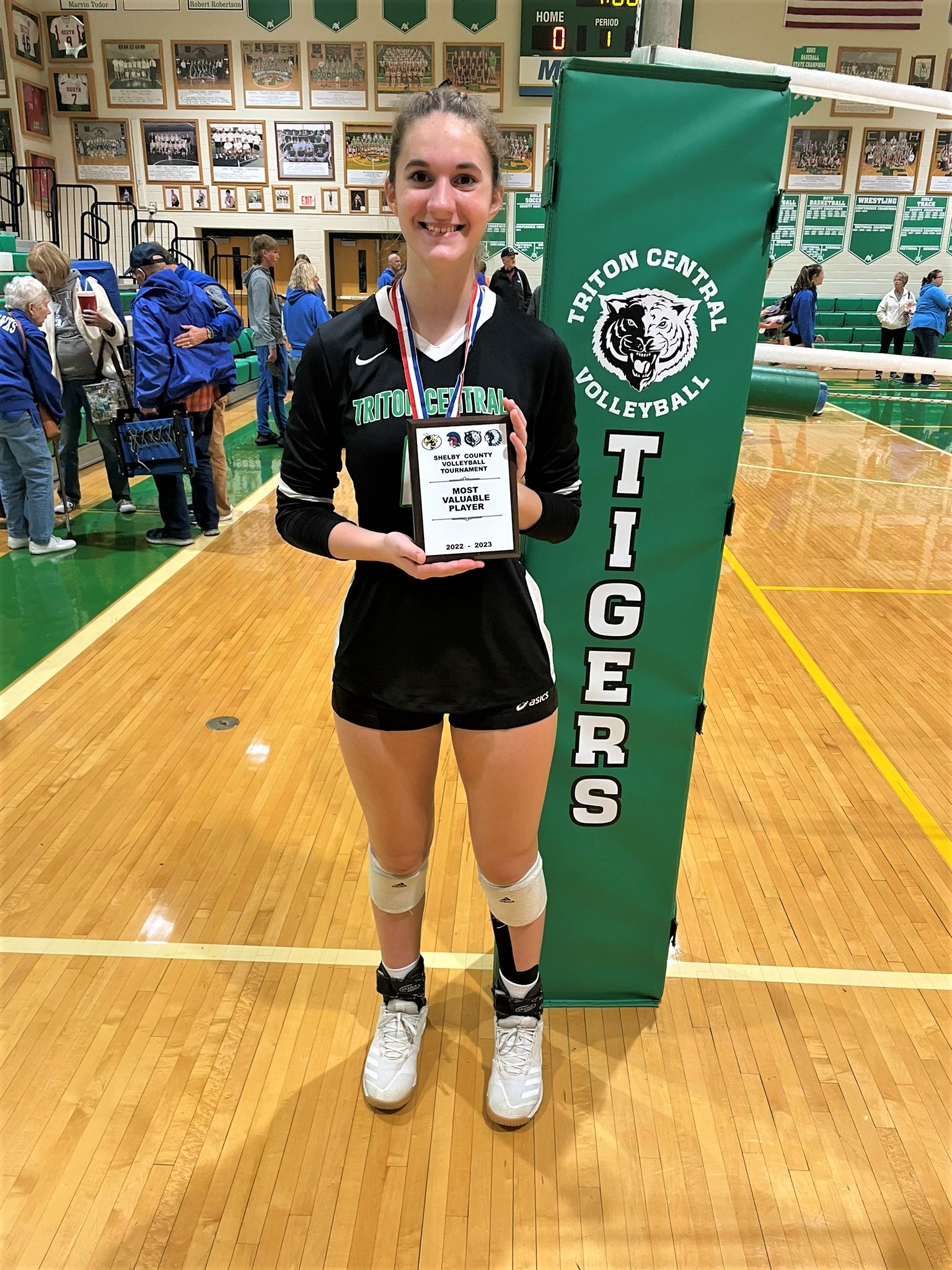 Kayden Simmons had a team-high nine kills against the Mohawks (16-11). Brooklyn Bailey also had seven kills.

In the win over Southwestern (8-20), Maddy Brown finished with a team-high nine kills for Triton Central. Bailey had eight. Isley collected 18 assists.

Zoey Coons led the Yellow Jackets (6-22) with seven kills and one block.

Kindall Dorsey had a team-high 13 digs and Katie Theobald finished with eight assists.

In Class 2A, Sectional 42 at Eastern Hancock, Triton Central debuts Thursday in the semifinal round against the host Royals (17-13).

In Class A, Sectional 60 at Waldron, Morristown opens the sectional bracket with a quarterfinal match Tuesday against Oldenburg Academy (12-17).

In another volleyball tournament Saturday:

Shelbyville closed out the invitational with a second loss this season to Franklin Central, 25-18, 25-8.

Zyon Francis and Abby Kaminski each had six kills to lead the Flashes (14-15).

Shelbyville has the week to prepare for a Class 4A, Sectional 14 semifinal round match at Columbus East High School Saturday against either Whiteland (8-13) or Columbus East (16-11).