The Indiana High School Athletic Association draw for the 50th Annual Football State Tournament put Class 2A, No. 5 Triton Central back at Schultz Field, the site of one of its two losses this season, to face Christel House Manual.

A win there advanced Triton Central on to Brownstown Central, to face a program it had never defeated.

Following that victory, the Tigers finally returned to Mendenhall Field to face Indianapolis Scecina, who beat them at Schultz Field earlier this year.

The program’s fourth straight sectional championship has now earned it a regional game against another familiar foe, Evansville Mater Dei – the team that knocked the Tigers out of the 2021 state tournament series.

Triton Central (10-2) will not be close to 100% when the Wildcats (9-3) arrive. Seniors Luke Faust and Jared Schweitzer and junior Sam Kemper will miss the game due to injuries. Starting running back Ray Crawford and starting offensive lineman Aidan Wasson will be game-time decisions.

Losing Crawford, who has just over 3,700 career rushing yards for TC, would be tough but the junior has been a strong performer on the other side of the ball with 19 tackles and three interceptions from his defensive back position.

“He has got to be able to run in a straight line but he needs to be able to cut,” said Triton Central head coach Tim Able of Crawford, who suffered an ankle injury in the win over Scecina. “He has been really solid (defensively). He’s a good cover guy and a great tackler. He really helps solidify our defense.” 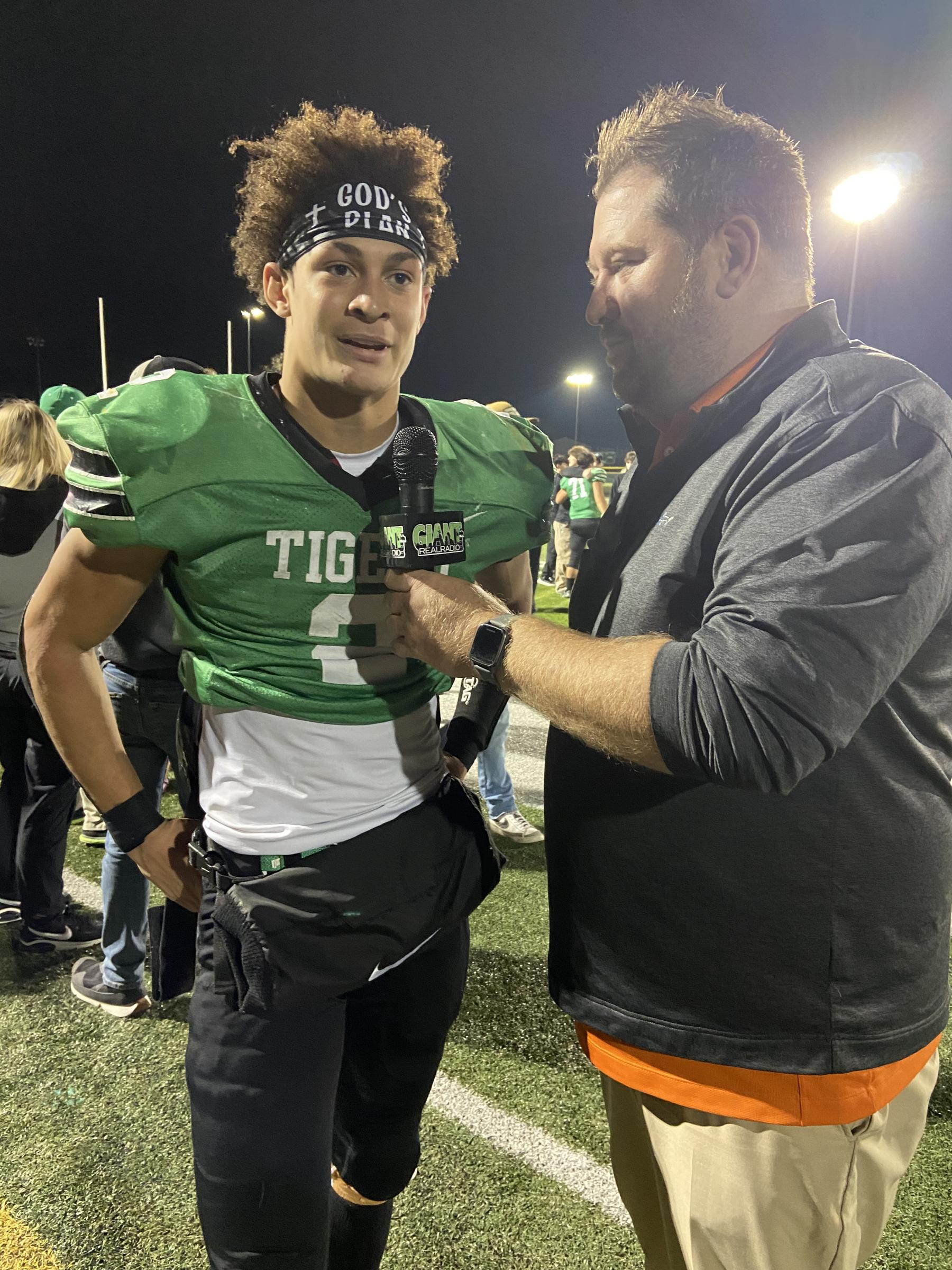 With Crawford sidelined in the sectional championship game and Scecina riding high off a long touchdown catch and run that cut the deficit to 10-7, Brayden Wilkins stepped into the spotlight.

The junior took a pitch from quarterback Jace Stuckey and raced to the sideline where he picked up a block from Brad Schultz and found room to run down the Scecina sideline for 36 yards.

Quiet offensively the last two weeks, Triton Central will need to get Schultz more involved in the offense to defeat Evansville Mater Dei.

“We’ve still got to use him as a decoy but we will try to get him the ball,” said Able. “Teams are really gearing their whole defense to stop him.”

Schultz has 72 catches for 1,422 yards and 17 touchdowns this season. The senior had just three catches for 23 yards in the sectional championship game but set up TC’s first touchdown with a 30-yard punt return in the first quarter.

Evansville Mater Dei has traditionally utilized a four-man defensive front but Able has seen more three-man fronts from the Wildcats this season.

“They run either equally well,” said Able. “They have a very stout interior line with good size and good strength.”

Meanwhile, Evansville Mater Dei running back Joey Pierre racked up 236 yards and two touchdowns as the Wildcats jumped out to a 35-0 lead by halftime.

Pierre has battled a knee injury this season which has limited him to 710 rushing yards and 11 touchdowns in 11 games.

Quarterback Mason Wunderlich has relied on a bevy of senior receivers to complete 65% of his pass attempts for 2,418 yards and 23 touchdowns.

“He runs and throws both,” said Able of the six-foot, five-inch senior. “He is extremely big but not extremely fast, similar to Brownstown Central (quarterback Carson Darlage).”

The redemption arc would be complete with a win over Mater Dei, who Triton Central is facing for the fourth straight postseason. The Tigers’ only regional win came in 2019, 13-7 at Mendenhall Field.

The fast start against Scecina, scoring the game’s first 10 points, was critical to TC’s success. Able would like to see a similar start Friday.

“We need to come out and play up front and take it to them at the beginning like we did last week,” said Able. “The 10-point lead was huge, but I would like a 14-point lead.”

The winner of the Triton Central and Evansville Mater Dei regional will face either Lapel or top-ranked Linton-Stockton in the Class 2A southern semistate championship game.

Admission: General admission tickets are $10, cash only at the gate.

Semistate scenarios: If Triton Central wins, it will travel to either Lapel or Linton-Stockton for the semistate championship game on Nov. 18.