FAIRLAND – Despite a rash of injuries, a run of sickness and a steady 20-mile-per hour wind, Triton Central nearly overcame one of the top programs in Class 2A.

Bad timing finally caught up to the Tigers, who lost the regional championship game Friday at Mendenhall Field to Evansville Mater Dei, 35-28.

Six starters did not play in the regional, several more played while feeling ill and yet the Tigers had the ball late in the game inside Wildcats’ territory with one last chance to go for the win.

Quarterback Jace Stuckey, who earlier in the morning was doubtful to even play while running a fever and unable to eat or drink anything, threw his second interception of the game that finally sealed Triton Central’s fate.

“I have never had a more injured team and a more sick team at the same time,” said Triton Central head coach Tim Able, in his 29th year as a head coach. “Jace wasn’t the only one sick. (Aden) Sosbe was sick. We had two receivers that were going to start this week – one didn’t get to come all week and one got sick last night and couldn’t come today.”

Two-way players Ray Crawford, Sam Kemper, Aidan Wasson, Chase Chandler, Jared Schweitzer and Luke Faust did not play Friday due to injuries. Wasson tried to go but came off the field after the first offensive series and did not return.

Triton Central did not waive the white flag – even after giving up a touchdown on the game’s opening play when Mater Dei quarterback Mason Wunderlich hit Ethan Stolz in the flat and he avoided Braden Brown and raced down the Triton Central sideline for a 69-yard scoring strike just 16 seconds into the game.

Triton Central answered with three straight offensive series that produced points. The first two ended with Levi Dewey smashing back-to-back 48-yard field goals with a strong wind at his back. 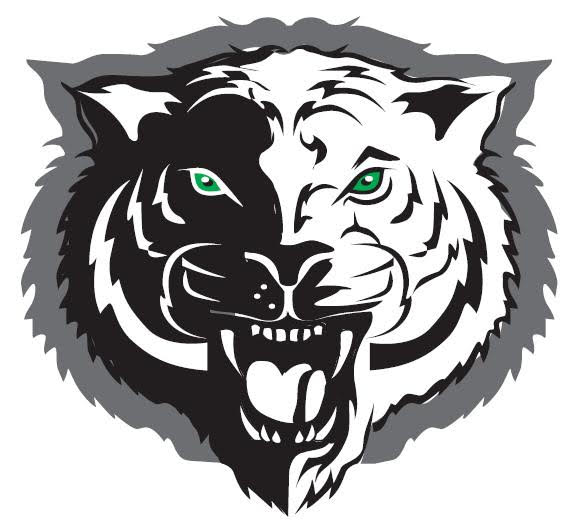 Following a Wildcats turnover, Stuckey led the Tigers on a 59-yard scoring drive that ended with the junior signal caller reaching the end zone from four yards out.

Despite all the adversity, Triton Central led 13-7.

“That’s always tough. You want to get that play to start the game,” said Able of the early touchdown. “We responded and came back and then we finally broke the ice.”

The Wildcats regained the lead early in the second quarter when Wunderlich closed out an 11-play drive with a 10-yard run to the end zone.

The one thing going for Triton Central Friday was winning the coin toss. It allowed the Tigers to defer taking the ball to the second half and controlling which team had the wind at its back in the fourth quarter.

Triton Central put together a 53-yard scoring drive that ended with Mason Compton making an acrobatic catch in the back of the end zone and a two-point conversion run from the Dewey to make it 21-14 with 46 seconds left in the first half.

Keeping the Wildcats out of the end zone would have allowed TC to start the second half with the ball and a chance to build a double-digit lead.

Wunderlich had other plans. The senior quarterback connected with Wyatt Stratman for 23 yards after the kickoff. A short pass to Tyler Vanover and a 6-yard run from Joey Pierre preceded Wunderlich hitting Stolz at the goalline for his second touchdown reception with less than one second on the clock.

“They had the wind and we knew they would throw it deep and we had to stop it, knock it down, make a play there,” said Abel.

The two teams went to halftime tied at 21-all.

Triton Central still put together a long drive to start the second half but Stuckey forced a throw into the wind while under pressure that ended up in the arms of an Evansville Mater Dei defender.

Stolz took a handoff on the next play and threw downfield to Isaac Goebel, who was finally tackled at the TC 9. Two plays later and Wunderlich crashed into the end zone.

Stuckey was stripped of the ball on the next series while pushing past the first-down marker. Wunderlich finished off the ensuing 34-yard drive with his second rushing touchdown and the lead grew to 35-21.

“Their offense just leaned on us,” said Abel. “They are big, strong strapping kids.”

Triton Central’s third consecutive offensive series in the third quarter ended with a turnover when Dewey was stripped of possession after catching and earning a first down.

Mater Dei did not put the game away, though, when Camden Marx’s 34-yard field goal into the wind failed.

The Tigers slowly came to life, marching 80 yards on 15 plays. The drive ended with Brayden Wilkins racing to the pylon and scoring to cut the lead to 35-28 with 3:38 left in regulation.

Triton Central could onside kick and go for possession or trust a defense that already allowed a pair of second-half touchdowns.

“Both my defensive coaches said we can stop them,” said Abel of the decision. “We had to trust the defense that carried us all year. We got them out of there and we had time to score.”

The defense stopped three straight rushing plays, setting up fourth-and-2 from the 33-yard line. The Wildcats called timeout then sent the offense out once again. Wunderlich raced right for enough yards to get the first down but a penalty negated the run and moved the Wildcats five yards back, forcing a punt against the wind that went 17 yards.

Triton Central had one last chance.

Wilkins gained three yards on first down. Stuckey threw an incomplete pass on second down.

“Jace was fatigued,” said Abel. “When you are that sick, playing with a fever and shaking … he had his best first half of the year. The second half he was so tired. It was a valiant effort. I will take that effort any day.”

Stuckey’s third-down pass was intercepted by Tanner Halbig to effectively end the game.