Recalling one of her earliest recreational league softball games, the Shelbyville senior delivered a hard hit ball and rounded the bases with reckless abandon.

“I hit the ball and ran around all four bases. I never stopped. They chased me the whole way there,” said Pogue of the fond memory. “I don’t remember if I was safe or out but I ran all the way around.”

The memory is fitting considering Wednesday’s circumstances that brought family and friends together to the Golden Bear Room at Shelbyville High School. 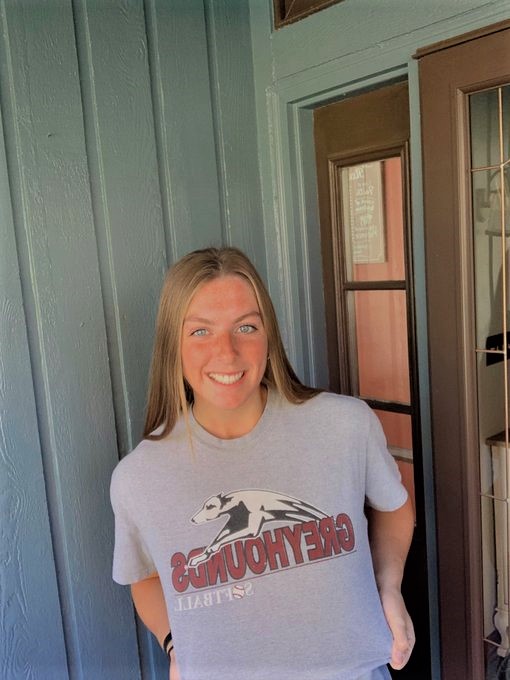 “The location, the excellent programs academically and athletically and the coaches are phenomenal,” said Pogue of why she opted to be a Greyhound. “The team loves to win and that’s why I picked UIndy.”

“They want me to be a pitcher that can hit,” she said. “They do see me working my way into the field. Right now, they are looking at my pitching and getting me into the lineup and hitting.”

Pogue is a versatile athlete that plays three varsity sports at Shelbyville.

She was a goalkeeper and forward for a 13-win soccer team this fall and is in the starting lineup for a Golden Bears basketball team that is 5-0 for the first time in 19 seasons. 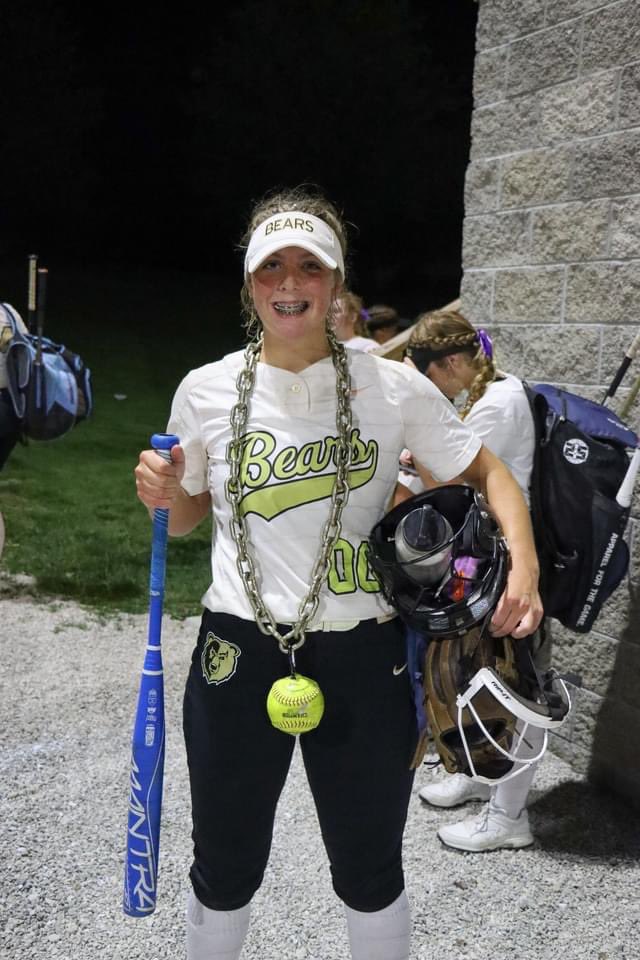 And Pogue was a key contributor for Shelbyville’s softball program that came one win short of reaching the Class 4A state championship game in June. She hit .333 with 10 doubles and 28 runs batted in for the 24-6 Golden Bears. She also went 6-1 in the pitching circle in 14 appearances.

“I think we can get back to regional and semistate. I think we have a shot,” said Pogue of the softball program’s outlook for 2023. “We have a full pitching staff. It will depend on who steps up.”

Pogue admits the recruiting process was long and strenuous. Division I schools can start contacting athletes on Sept. 1 of their junior year.

“That’s when most people’s recruiting starts,” she said. “Mine lasted past Sept. 1 of my senior year so it was really long and really strung out. It’s a process and you have to keep going with it.”

From recreational softball to travel softball, Pogue’s first goal was to be a Golden Bear softball player. But the more she played, the more she grew to love the sport.

“I love it and I want to keep doing it,” she said with a big smile.

Now UIndy is taking a chance on a player that one day, a long time ago, ran wild against the Waldron Wild.