The winner plays Columbus North (17-6) in a Friday semifinal at East Central.

Freshman Lexi Wilkins connected for a school record eight 3-pt FG in a 70-60 victory over Oldenburg back in November. The teams meet again Tuesday in the Waldron sectional quarterfinal but the Spartans will be shorthanded with Wilkins out with injury.

Head coach Noah Stuckey talks about the Spartans season tying for the Mid-Hoosier Conference regular season title and the postseason opener with the Lady Twisters.

Shelbyville has won five in a row. The Golden Bears only loss since mid-December was to #11 (4A) Cathedral at the Bob Wettig Tournament. And that was a game the Golden Bears led by double digits in the 4th quarter. 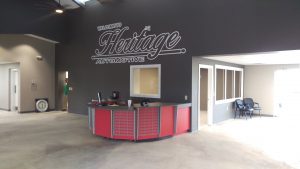 Up next for Shelbyville (11-4) is a road trip to the Woodshed at Roncalli and Tuesday’s matchup with the Rebels (8-4).