If you plan to travel Friday for Shelbyville's football game at Yorktown you should take note of the Covid-19 rules in place for that evening. 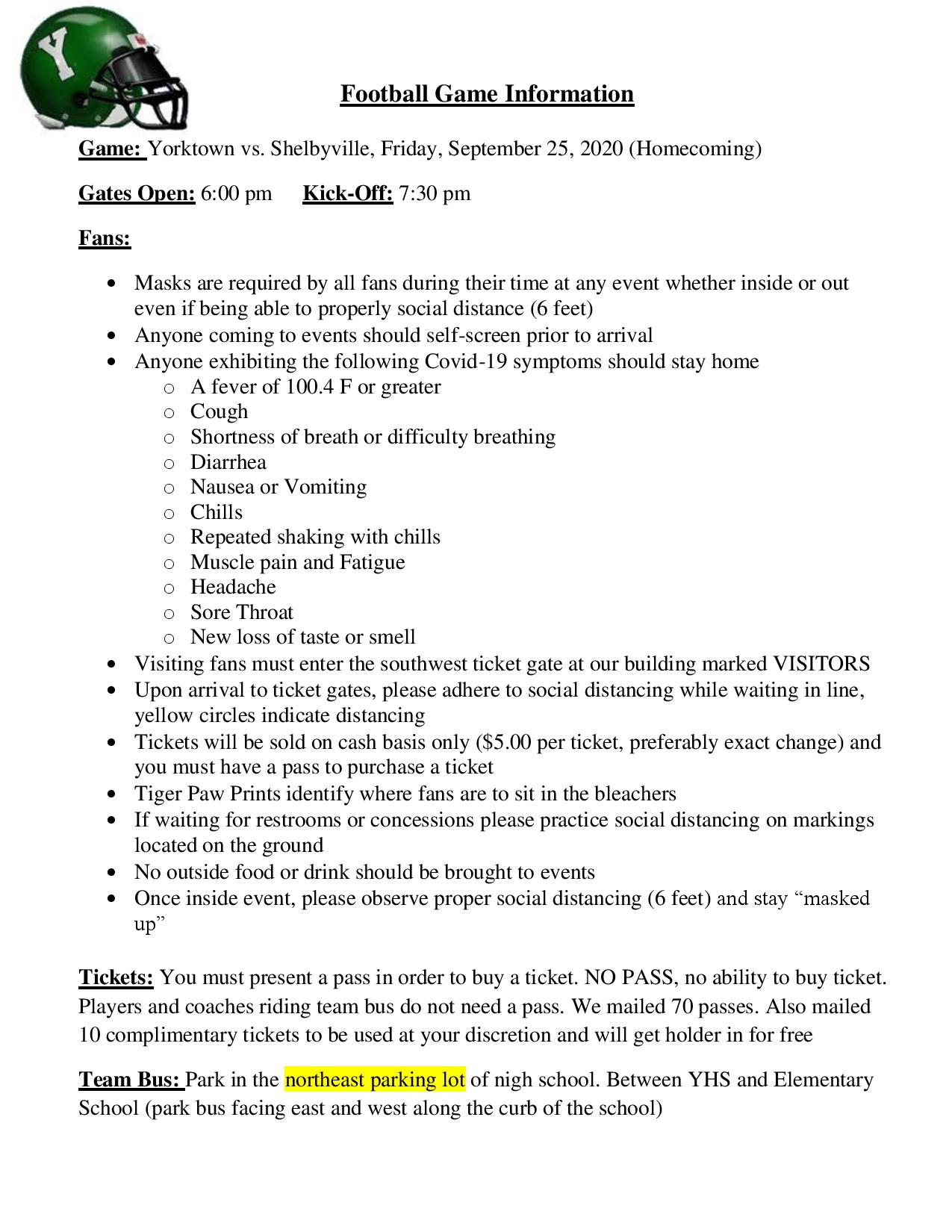 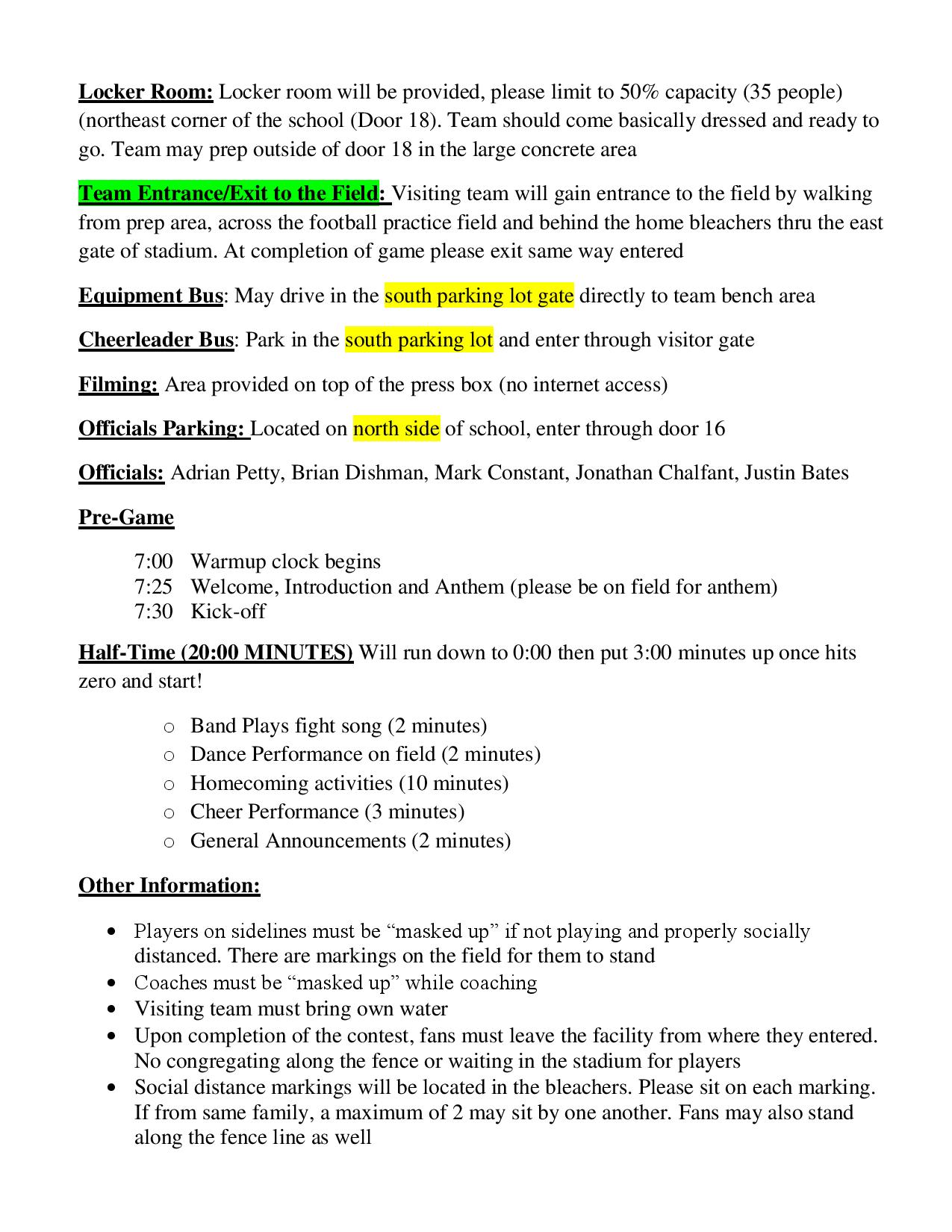 The father for former Bedford North Lawrence and Indiana University basketball star Damon Bailey was killed in a Monday accident in Brown County.  His mother was severely injured.

Information released by the Brown County Sheriff's Office isn't clear about how the Bailey's motorcycle was involved in the multi-vehicle crash:

On Monday, September 21, at approximately 2:47 p.m., deputies with the Brown County Sheriff’s Office were dispatched to the 3600 block of State Road 46 East in Nashville, Indiana, in reference to a motor vehicle accident involving multiple vehicles.

During the investigation, it was found that a 2005 Nissan Altima driven by Jacob Waltermire, was attempting to pass a tractor-trailer and noticed an oncoming motorcycle. Waltermire terminated the pass and got back behind the tractor-trailer before over-correcting and losing control. Waltermire’s vehicle crossed the center line and was struck by a 2012 Hyundai Elantra driven by Hana Cai. Cai was traveling behind the motorcycle and was unable to avoid the collision Waltermire.

It is unclear at this time how a 1990 Honda GL1500SE motorcycle, being driven by Wendell Bailey, was involved in the accident. Despite lifesaving efforts, W. Bailey, was pronounced deceased at the scene. W. Bailey’s passenger, Beverly Bailey, was flown to a nearby hospital via helicopter due to the extent of her injuries.

No other injuries were reported.

Waltermire was taken to Columbus Regional Health for a blood-draw; which is standard procedure in fatality crashes.

The accident is still under investigation.

Expect Indy was expected to be a major contender in the 20th running of the Richmond Stakes Wednesday, Sept. 16 at Indiana Grand and she didn’t disappoint. The older Indiana sired mare turned it on in the stretch to win her third straight title. As a result, Expect Indy moved into second on the list of all-time leading Indiana bred or sired females in the state’s history with a bankroll that exceeds $541,000.

Hailing from the Cipriano Contreras barn, Expect Indy started from the outside post six in the lineup and moved with intention early out of the gate for jockey Emmanuel Esquivel. The seven-year-old mare couldn’t quite get to the lead on her own but was content to follow along on the outside of Unbridled Class and Marcelino Pedroza, who set the early tempo.

“We knew we didn’t want to be too far off (the pace) so we could make it a race in the end,” added Contreras. “It’s just kind of the way the race played out today.”

Around the final turn, the field began to pitch their best moves to overtake the top two, but both Expect Indy and Unbridled Class were not backing down. In the stretch, it became a two-horse match race as the duo matched each other stride for stride until the final steps, placing Expect Indy on the winning end by two and three-quarter lengths over Unbridled Class. Pretty Assets, who was last most of the way, came charging late in her usual running style for third with DeShawn Parker aboard. The time of the one and one-sixteenth mile race was 1:46.24.

“She broke well and after that, she was forwardly placed,” said Esquivel. “The rest, she pretty much did on her own. She’s a lot different horse to ride going long. When she’s going short you have to chase her some because she gets so comfortable.”

Expect Indy paid $7.40, $3.00 and $2.20 across the board. It was her 12th career win for Andrew Berg’s Gumpster Stable. Eight of her career victories have been recorded at Indiana Grand, and it marked the first of the year for the daughter of Mr Mabee, who was bred by Lake Shore Farm.

“We’ve been trading places a lot with the other mare (Unbridled Class) and she’s definitely a nice mare (to compete against),” said Contreras. “We kind of planned on this race and running well in it and still hoping she (Expect Indy) was the same horse as last year.”

Racing is held Monday through Thursday until Wednesday, Nov. 18. All-Quarter Horse racing is set for Saturday, Oct. 3 and Saturday, Oct. 24. For more information, go to www.indianagrand.com.

Now, if you live in Tippecanoe County, you'll be able to cast your ballot inside Purdue University's Mackey Arena.

Purdue and the Tippecanoe County Board of Elections announced Tuesday that the basketball arena will be open for early voting on October 14, from 11 a.m. to 6 p.m. The facility will then, again, be open on November 3 from 6 a.m. to 6 p.m.

Mackey Arena will be open for all voters, not just Purdue students and staff. Athletic Director Mike Bobinski says all student-athletes will have November 3 off, so they can go vote.

Indianapolis Colts running back Marlon Mack is out for the season, according to NFL Network.

Mack left Sunday's game in the first half when he was injured on a play. Monday, an MRI confirmed Mack tore his Achilles and is done for the season.

The Colts lost to the Jaguars 27-20, and will host the Minnesota Vikings on Sunday at Lucas Oil Stadium in front of just 2,500 fans.

At the start of 2020, Jimmie Johnson announced this will be his final season in NASCAR. The 7-time champion made some rumblings in the racing world when he hinted at the idea of switching to IndyCar. In July, Johnson teamed up with Chip Ganassi Racing to do a test on the Indianapolis Motor Speedway road course. Then, on Wednesday, Johnson made it official in a post on social media -- he will start competing in IndyCar, with Chip Ganassi Racing, in 2021.

"When I tested Chip’s Indy car earlier in the year, it only lit the fire more," Johnson said. "I found that I wanted to do it more than ever before. Scott was just incredible to work with and in a short time I found out very quickly why Chip and his teams have won 12 INDYCAR Championships. As part of a natural progression, I wanted to publicly show the alignment with Chip Ganassi Racing to kick the sponsorship program into high gear."

#1 (1A) Indianapolis Lutheran intercepted #2 (2A) Triton Central in the ednzone in the game's final minute to preserve a 14-7 victory in Indiana Crossroads Conference play.

Johnny McCrory and Mark Drake with the call on GIANT fm Sports.

Johnny McCrory and Mark Drake with the call on GIANT fm Sports.

Football, Cheer and Band:
You will receive 2 vouchers from your coach that can be turned into the ticket booth with $5 per voucher to get into the game. This ensures that the participants’ parents have “seats”. Please return all unused vouchers to your coach by Friday morning.

Seniors & Juniors:
We will do a pre-sale on tickets in the cafe during both lunch periods on Wednesday-you can buy up to 4 tickets.

Sophomores & Freshmen:
We will do a pre-sale on tickets in the cafe during both lunch periods on Thursday-you can buy up to 2 tickets.

If there are any tickets left, we will pre-sale to both the student body again and to the public on Friday during the hours of 9AM-2PM…PUBLIC-please buzz the High School Main Office and the tickets will be brought out to you.

ALL un-sold tickets will then be for sale at the gate on Friday starting at 6 PM.

TICKETS ARE $5 EACH-checks made out to TC Athletics-thanks for your support and contact Coach Graham with questions… bgraham@nwshelbyschools.org