Posted About Four Years Ago

Headquartered in Indianapolis, the 38th Infantry Division Band, the only military band in the state of Indiana, will be performing at the Strand Theatre in Shelbyville from 7:30 – 9:30 pm on June 28.

The Band performs ceremonies, concerts, and parades in both military and civic capacities throughout the state and is one of the most requested units in the Indiana National Guard.

CW4 Patrick Palumbo, Commander of the 38th Infantry Division Band, says, “we are honored to be performing in the historic Strand Theatre and look forward to putting on an outstanding performance for the community festivities.” 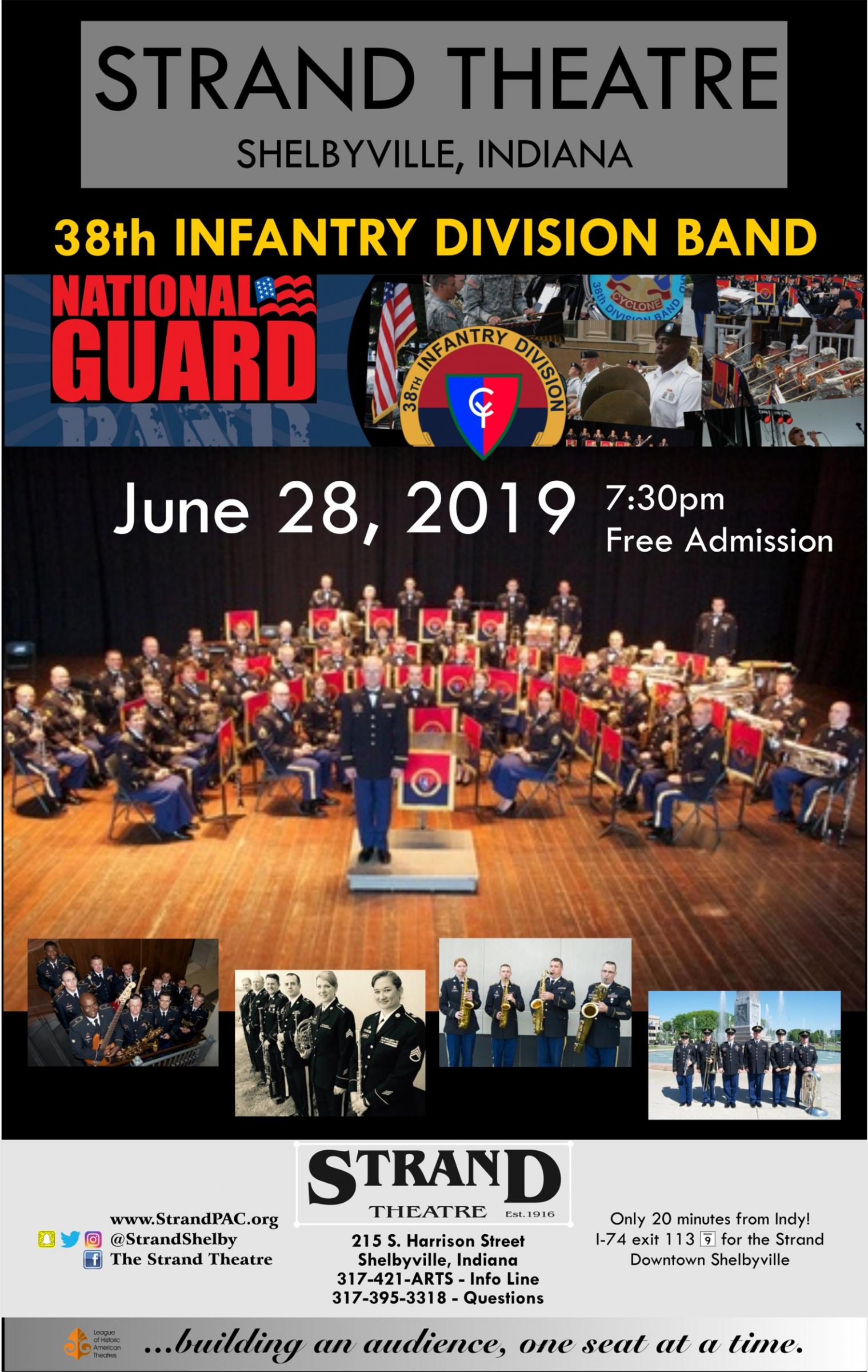 The Band is a versatile organization which performs a wide variety of music including marches, traditional, and patriotic selections, as well as jazz and popular musical styles. Notable performances for the Band include appearances with country artists Wynonna Judd and Josh Turner, halftime for the Indianapolis Colts, Indianapolis 500 Festivities and performances for political dignitaries at the state and national level.