A man is dead after following into a trench Sunday near the Five Below Warehouse.

According to the Indianapolis Fire Department, a 54-year old man lost his life Sunday afternoon after falling into a ditch and becoming trapped underground.

HIS Constructors, Inc workers told firefighters that the man, who was also the project supervisor, was standing on the edge of the recently dug trench – when the ground gave way. He fell into the 40 foot long – 6 foot wide hole and additional mud and debris fell on top of him.

Several of the other workers jumped into the hole to try and help but the unstable soil was too treacherous and they had to exit and called 911. Several hours after firefighters began operations, the man was located about 19 feet down.

Firefighters had difficulty removing the compacted clay soil from around the man as underground water continued to backfill the hole and further compressed the material. The incident took 4 hours and 20 minutes to mitigate. 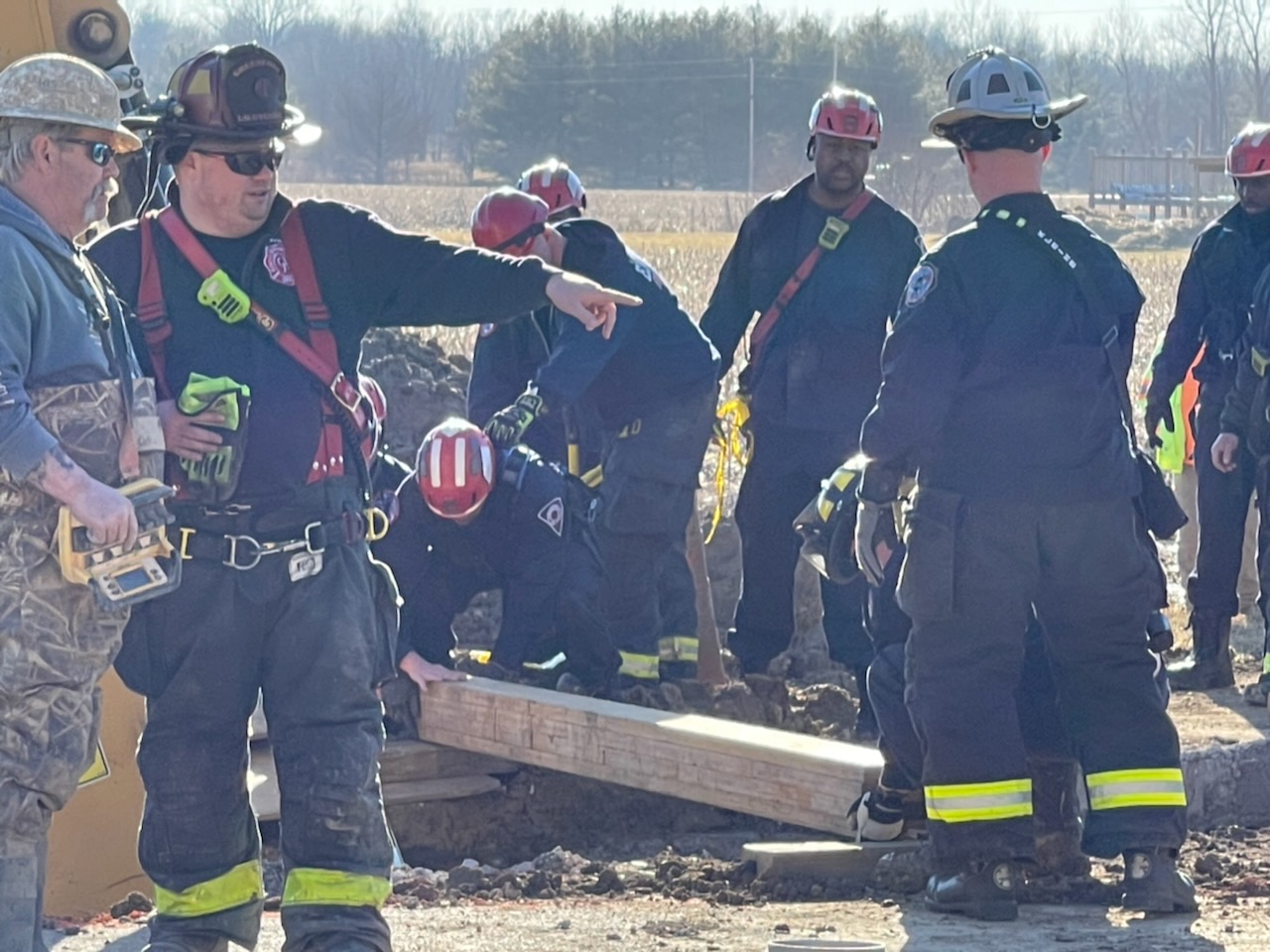 Agencies on scene and assisting with incident: