Posted About Seven Months Ago

“We enjoy so much support from numerous sponsors and players who make this event a priority for their summer,” said Shelbyville boys varsity basketball coach John Hartnett Jr. “We are very thankful to everyone. I really look forward to seeing everyone each year.”

Southworth, a former Golden Bear golf standout and 2009 Shelby County Golfer of the Year, was also one of the Closest to the Pin winners.

KNAUF and Corevision sponsored lunch for the golfers.

“I am so pleased with the tremendous response we have received the past two years,” said co-coordinator and assistant football coach Drew Parsley. “Coach (Brian) Glesing and I want to express our appreciation to all the people who make this benefit a success each year.”

The event also was dedicated to the memory of former Golden Bear athlete and 2011 graduate Gary Oldham (photo below), who died in an auto accident earlier this year. 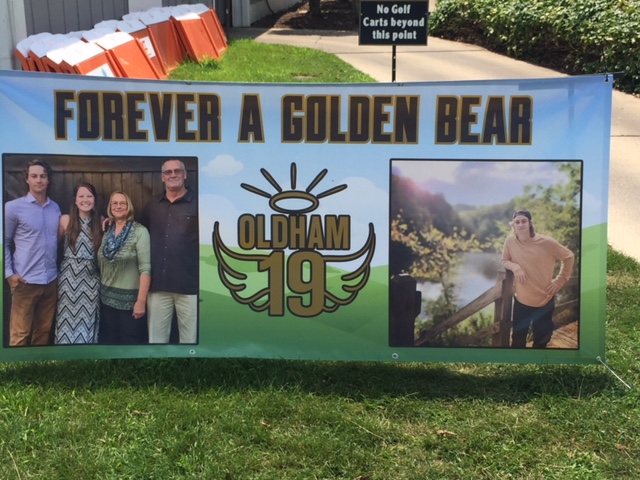