Dr. Matt Vance moved Amy Dawson into a job she didn’t really want. Just over half a decade later, Vance turned to Dawson again to make her an offer she couldn’t pass up.

“Working with Dr. Vance was part of it but I also think the community,” said Dawson on why she accepted the position. Vance is the new superintendent of Shelbyville Central Schools. “I think getting into a community seat, a county seat of a community is a big part.

Originally from northwest Indiana, Dawson is a graduate of Lowell High School and Purdue University. Her first job teaching came at Beech Grove High School, which brought her to central Indiana. She spent five years at Beech Grove before a one-year stint at Southport then four more years back at Beech Grove.

Once Dawson finished her master’s degree, she was hired by Rushville High School as the assistant principal. The superintendent at the time was Dr. Matt Vance.

After three years at the high school overseeing curriculum and discipline, Vance asked her to take her skills to the struggling junior high school in the community.

Dawson was hesitant to accept the position.

“I like high school kids,” she explained. “I like seeing that transition from freshmen to seniors and how much they grow up and establish a path and become adults.”

Dawson remembers vividly sitting in Vance’s office and turning down the request. He insisted, though, he needed her at the junior high.

“I will be honest, those were two of the best years probably for me as a professional to learn from because we did so much great work as a team,” she said. “We were able to dive into data, the teachers were receptive, we had a great staff in that building.”

In her two years at the junior high, she helped bring the school’s state rating from a low C to a high B.

“That was because we had such a great group of people working together,” she said. “I probably worked harder in some of those two years there, just diving into everything we had to do, but I really enjoyed it with the teachers.” 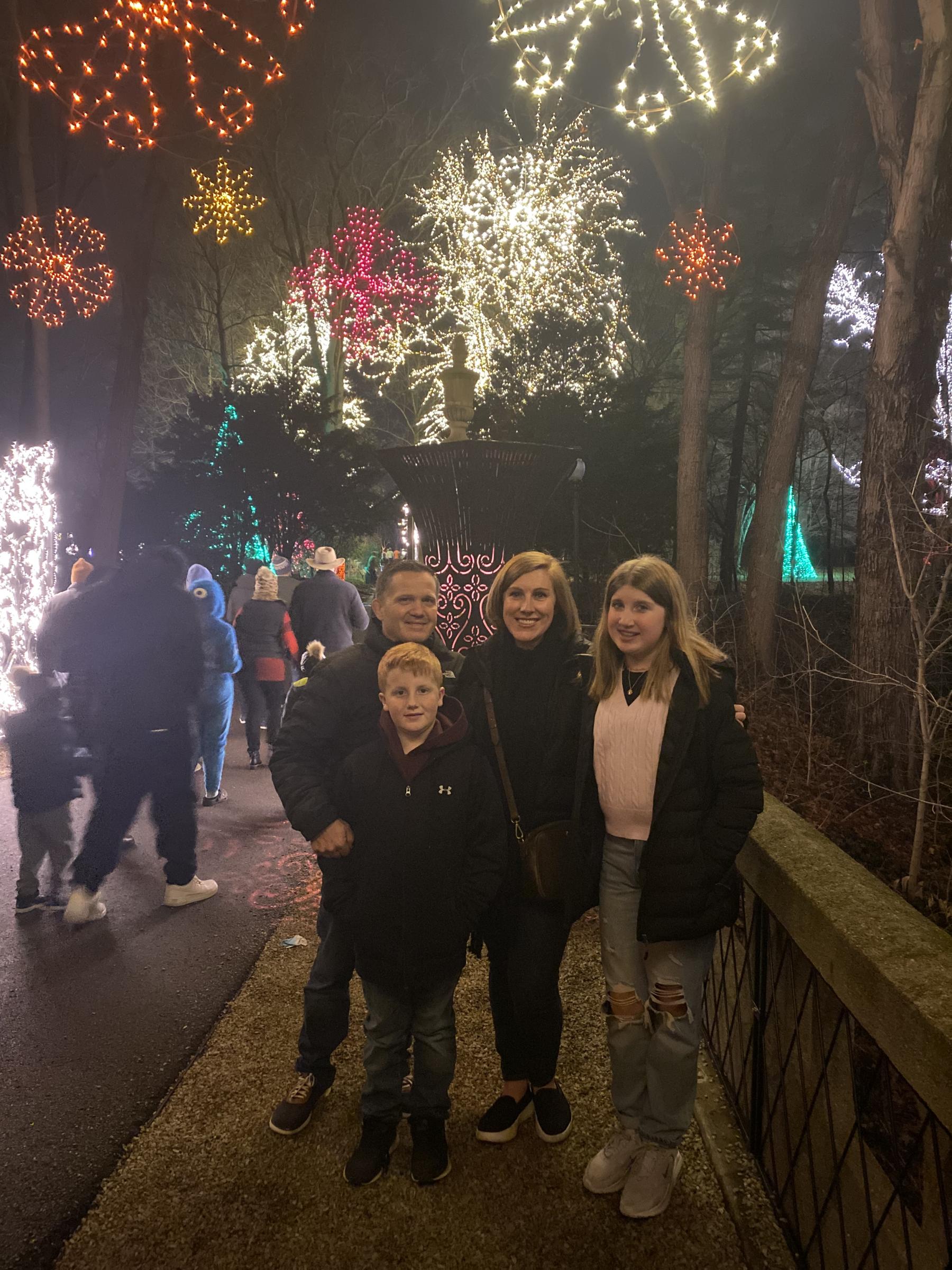 The move to New Palestine brought her more administrative responsibilities and the opportunity to live and work in the same community. Dawson’s husband, Scot, is a Math teacher at New Palestine High School and is the varsity wrestling coach. The couple’s two children, Ellie, age 13, and Joey, 11, are in the New Palestine school system.

Dawson helped oversee a $50 million renovation project within the school system and wrote COVID-19 protocol that was administered during the pandemic.

After three years at New Palestine, becoming principal at Shelbyville was the next logical step in Dawson’s career. Her immediate goal is to complete the staff and start building relationships.

“Rebuilding traditions and teamwork,” said Dawson of her first steps as principal. “In our first teacher meeting we will talk about teamwork and traditions. I think coming together as a group, supporting each other … bringing all of that back in.”

While new to the school system, Dawson is not new to the educational challenges of central Indiana.

“I think a big part of it is building relationships,” said Dawson. “It’s not ignoring people. You have to talk to people and get to know them where they are. I am a people person. I like to talk to everyone.

On August 3, Dawson will experience her first day one of a new school year as a principal. She readily admits that comes with a bit of nerves.

“I went home and told my husband the other night I am so tired,” she said. “It’s exhausting sometimes having to be the person that makes every decision, but it’s been great because I can lean on other people in the building and the secretaries have been awesome. And central office has been great.”