Ridgeway, a Republican, stumped from the stage for approximately 75 minutes, detailing key points that he would address if he were elected mayor in November.

“I am excited to bring you a plan of hope, action and respect for this community,” said Ridgeway, a former common council member who was defeated in the 2019 mayoral election by Tom DeBaun, who was elected to a third term.

“The community is divided. They don’t trust the government,” continued Ridgeway. “We have to break that down. The only way we can do that is for us to go out to our citizens and talk to them, to get them involved, get them involved in the decision-making process. We have to bridge that gap. We need to go to them.” 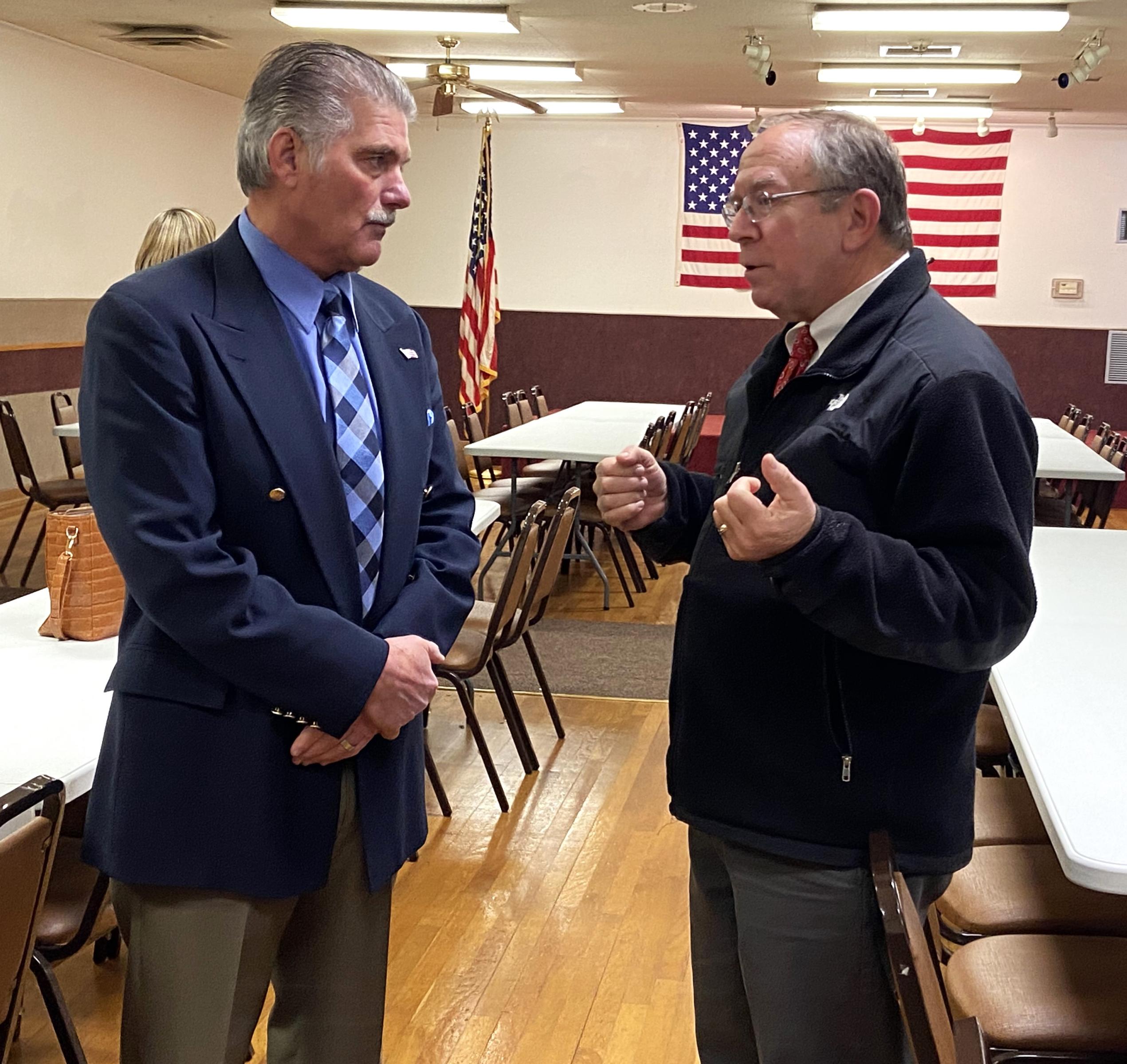 Ridgeway vows to tackle homelessness and drugs in the community, but he did not get into specific initiatives Wednesday.

“I want to lead this city with integrity, honesty, respect and passion for one another,” said Ridgeway. “And a commitment to help everyone and not just those with a political purpose.”

The Primary Election is May 2 where Shelbyville residents will select Ridgeway, Finkel or Furgeson to be the Republican candidate for mayor.

DeBaun, a Democrat, has not ruled out running for a fourth term.