The only sure thing coming into Friday's Class 5A football state title game between New Palestine and Valparaiso is that something has to give.

Both teams enter with perfect 13-0 records and are ranked in the top three in the state.

Both knocked off great teams to get to Lucas Oil Stadium, and both are fully aware of the other and the players who garner the accolades.

For New Palestine, the Dragons earned their fifth state finals appearance and second in a row after defeating Bloomington South 45-0 last week. In that game, New Palestine rushed for 389 yards and held the Panthers to 87 total yards. Running back Charlie Spegal rushed for 275 yards and four touchdowns in the win.

According to Valparaiso coach Bill Marshall, the Dragons are very good and, while not big, they are efficient.

Marshall said the Dragons remind him of a few teams they've seen already, including Fort Wayne Dwenger, who the Vikings beat 10-7 in semi state. 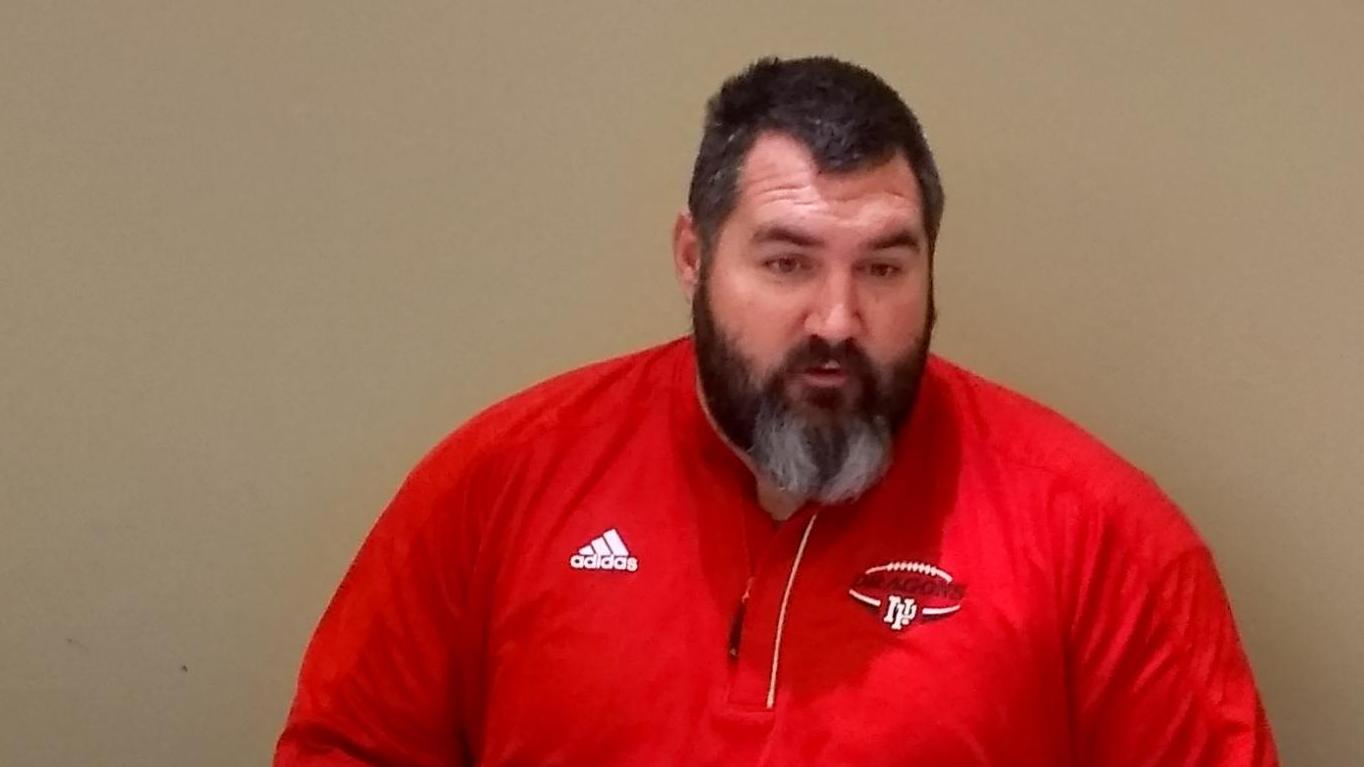 The Dragons, while back in the state final again, New Palestine coach Kyle Ralph says this is much different than last year's title winning team.

Valparaiso advanced after losing to Carmel last year in the Class 6A semi state. The Vikings defeated Dwenger last week behind the running of junior running back Tommy Burner, who rushed for 119 yards and a score. Valpo picked up 284 total yards of offense.

Ralph said Valpo reminds him a lot of Cathedral, a team the Dragons beat 35-10 for a regional crown.

Both coaches admit the game will come down to whoever wins the battle up front.

For Marshall, he adds his offense will have to keep Spegal off the field by controlling the clock.

If there is one area New Palestine has an edge, it is on the experience and Ralph believes that will be a positive.