Posted about a week ago by Jeff Brown

The Shelbyville High School graduate became the first female sprinter in Hanover history to break eight seconds in the 60-meter dash. She qualified first in 8.01 then dominated the field in the championship heat, breaking the finish line in 7.92 -- .41 seconds faster than runner-up Madalynn Schifer (8.33) of Bluffton.

She placed third in the long jump with a best distance of 16 feet, one inch. Rose-Hulman’s Rofiat Adeyemi won the event (16-3.75).

Martin teamed with Alijah Craig, Makenzie Carroll and Alexis Gerke to finish runner-up in the 800-meter relay. Their time of 1:53.27 was just over a second slower than Rose-Hulman’s winning time of 1:52.15. 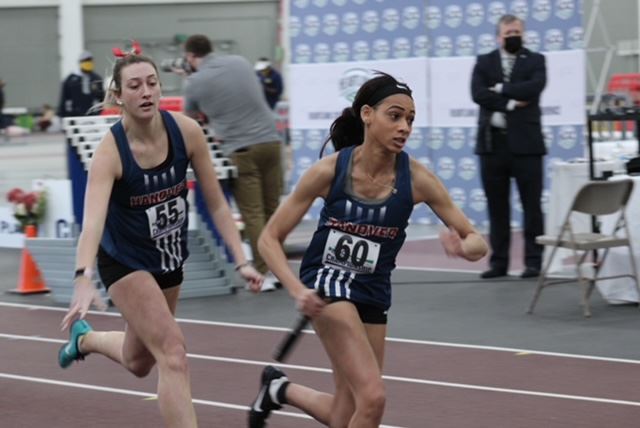 Jill Anspaugh, a Shelbyville graduate, finished 13th in the 3,000 meters for Franklin College. She crossed the finish line in 12:49.14.