Two-and-a-half years ago, Dylan Wasson suffered a traumatic leg injury on the football field. The dream of playing college football was fading fast.

“I didn’t expect that. I looked down (at my leg) and I was in shock,” recalled the Triton Central senior.

Wasson suffered three broken bones which required two surgeries to repair the damage. Then he trained with a vengeance to get back on the field.

On Thursday, with many of his Triton Central teammates surrounding him, Wasson signed his letter of intent to play college football at Olivet Nazarene University.

Triton Central football coach Tim Able believes because of the injury, Wasson has not yet reached his peak as a football player.

“He may still be growing,” said Able of the six-foot-four, 225-pound linebacker. “His strength in the weight room is just exploding. And he is a very smart kid.” 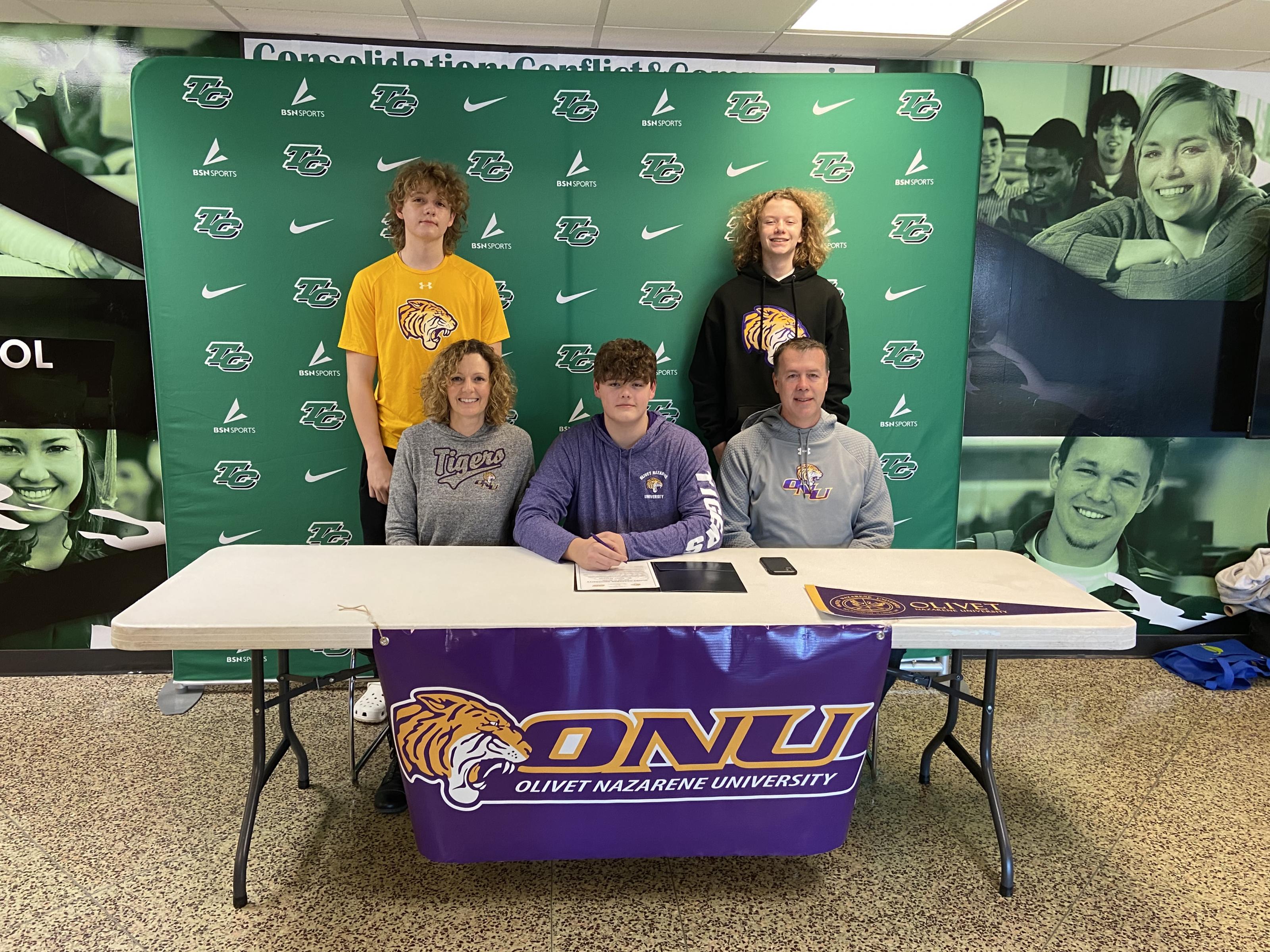 Wasson initiated contact with the football program by sending out recruiting film. The coaching staff responded and a visitation was scheduled.

“They invited me on a visit and I really connected with their coaches and I knew it was the fit for me,” he said.

Wasson returned to the playing field late in the 2019 season and helped the Tigers capture sectional and regional championships.

At Olivet Nazarene, Wasson believes he will move to defensive end.

“He is definitely on the rise,” said Able. “When you have the height and you have the shoulders, coaches know they can develop the other things.”

Triton Central’s success on the football field, three straight 10-win seasons and back-to-back sectional titles, is definitely helping with the recruiting process, according to Able.

“I hope to bring that success to the next level,” said Wasson. “It would be nice to win at that next level too.”