Triton Central’s Jace Stuckey and Indian Creek’s Arj Lothe have their respective teams off to 3-1 starts.

Class 2A, No. 9 Triton Central has been searching for offensive balance all season. Indian Creek, with first-year head coach Casey Gillin, prefers to get the ball in the air.

“All our guys have got to do their jobs,” said Able of slowing down the Braves, who are averaging 38 points per game. “We have to take their routes … run their routes with them.”

Lothe, a six-foot, four-inch senior, has completed 69% of his passes this season for 1,088 yards and 11 touchdowns.

The Braves are a product of their coach. Gillin is in his first season as a head coach after setting several passing records as a player at Indian Creek two decades earlier. His 8,806 career passing yards is 14th all-time in Indiana.

Gillin started his college football career at Ball State University before transferring to the University of Indianapolis where he finished fifth in career pass attempts, completions and yards.

Gillin returned to Trafalgar in 2008 to work for his father, Mike Gillin, who has 353 career wins over 44 seasons as a head coach in Indiana. He is currently the head coach at Class 4A, No. 3 Mooresville.

The younger Gillin returned to UIndy as quarterbacks coach and, eventually, offensive coordinator for three seasons before returning to work for his father at Mooresville.

“He’s got a pedigree,” said Able, who succeeded Mike Gillin at Decatur Central in 2001 when Gillin took over at Indian Creek. “They have both been very respectful to me.”

While Lothe can spread the ball around the field – seven different Braves have a touchdown reception – Stuckey has found a rhythm with senior wide receiver Brad Schultz, who announced this week he received an offer to play football at Butler University in Indianapolis. 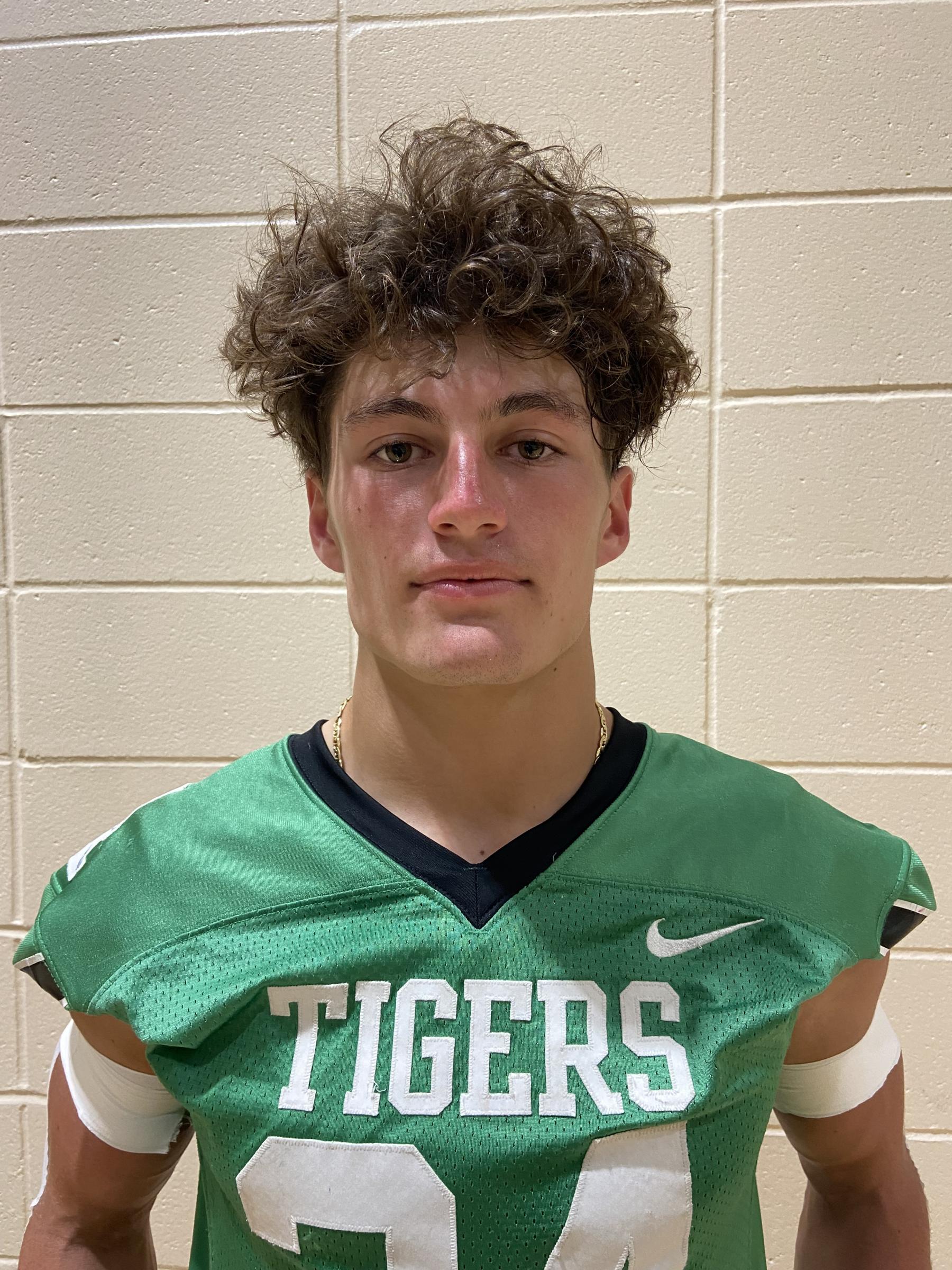 In four games, Schultz (photo) has 32 receptions for 642 yards and eight TDs. And with senior Luke Faust (14 catches, 214 yards) injured and unavailable Friday, no other Tiger has more than five catches this season.

Stuckey’s statistics are similar to Lothe’s. The junior quarterback has completed 64% of his pass attempts for 1,065 yards and 10 TDs.

Triton Central’s struggle this season has been getting all-state candidate running back Ray Crawford off and rolling. The junior has just 335 yards rushing through four games on 55 attempts.

Able would love to use Crawford to churn up yards and keep the clock rolling Friday while Indian Creek’s high-powered offense sits on the sidelines.

Triton Central celebrates Homecoming Friday in its final non-conference contest of the season. The Tigers are at Ritter and Scecina the following two weeks before closing out the regular season with home contests against Beech Grove and Speedway.

Able warned his Tigers not to lose focus this week during the Homecoming activities. After a dominant 41-10 win at Monrovia in week four, the Tigers need to show the consistency they have been lacking this season.

“I told them their job is to win one game Friday night,” said Able. “Let everyone else cheer you on and after the ball game that you have success in … then you can celebrate.”

Indian Creek at Class 2A, No. 9 Triton Central

Last year: TC running back Ray Crawford rushed for 196 yards and two touchdowns on just 14 carries in the Tigers’ 27-9 win in Trafalgar.

Last 10 years: Triton Central has won five of six meetings since the rivalry was renewed in 2016.