The preseason hype for Triton Central football centered around a trio of record-setting performers in Brad Schultz, Ray Crawford and Jace Stuckey.

With the regular-season finale on tap, Triton Central’s defense has been consistently stellar in its own right. The Class 2A, No. 7 Tigers are allowing 18.6 points per game, but take out the 54 points allowed to Class A, No. 1 Lutheran in week three and that average drops to 11.9 ppg.

“They’ve been pretty good all year,” said Triton Central head coach Tim Able. “We have another tall task this week.”

“They are very similar,” said Able of Beech Grove and Speedway. “I’m not sure (Speedway) is quite as big but they are equally quick. (Speedway) has stout linebackers that are really good.”

Until Speedway steps on to the field, Triton Central is unsure of the status of All-Conference running back Deejay McFerson, who rushed for over 1,000 yards last season for the Sparkplugs. The senior has only appeared in six games this season due to injury and rushed for 490 yards and two touchdowns.

“We don’t know if he is back or not,” admitted Able. “We are planning for him to be there.”

All-Conference quarterback Carter Watson will be available. The junior has completed 62% of his pass attempts for 1,381 yards and 15 touchdowns this season.

“He’s pretty good,” said Able. “You can’t have success without multiple players … you add McFerson and that’s a stout offense.”

Triton Central has a leader on defense – senior linebacker Lucas Kleeman – but not a star. Nine different players have between 18 and 46 total tackles this season. 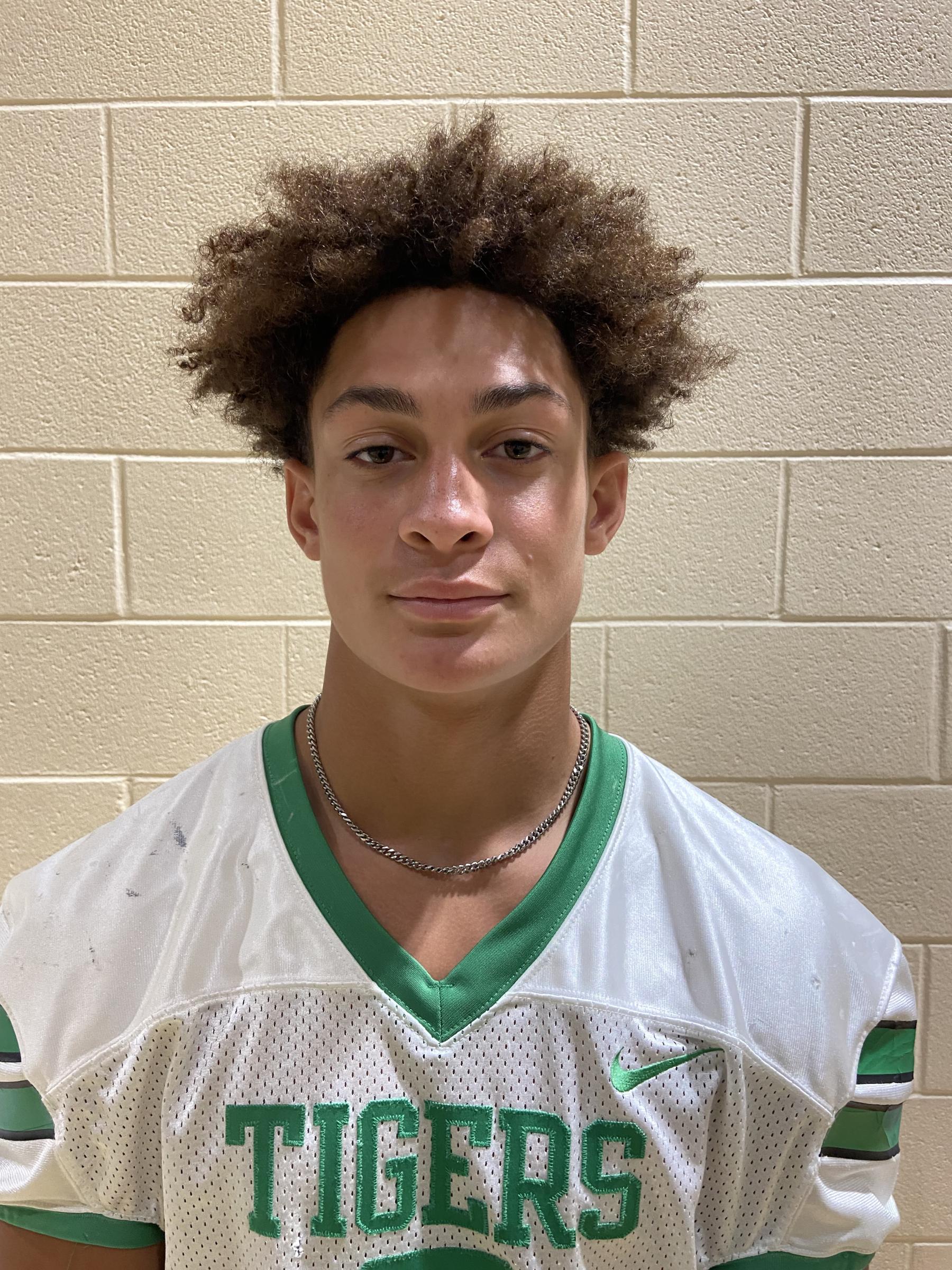 Brayden Wilkins (photo), a junior, leads the team with 46 tackles. 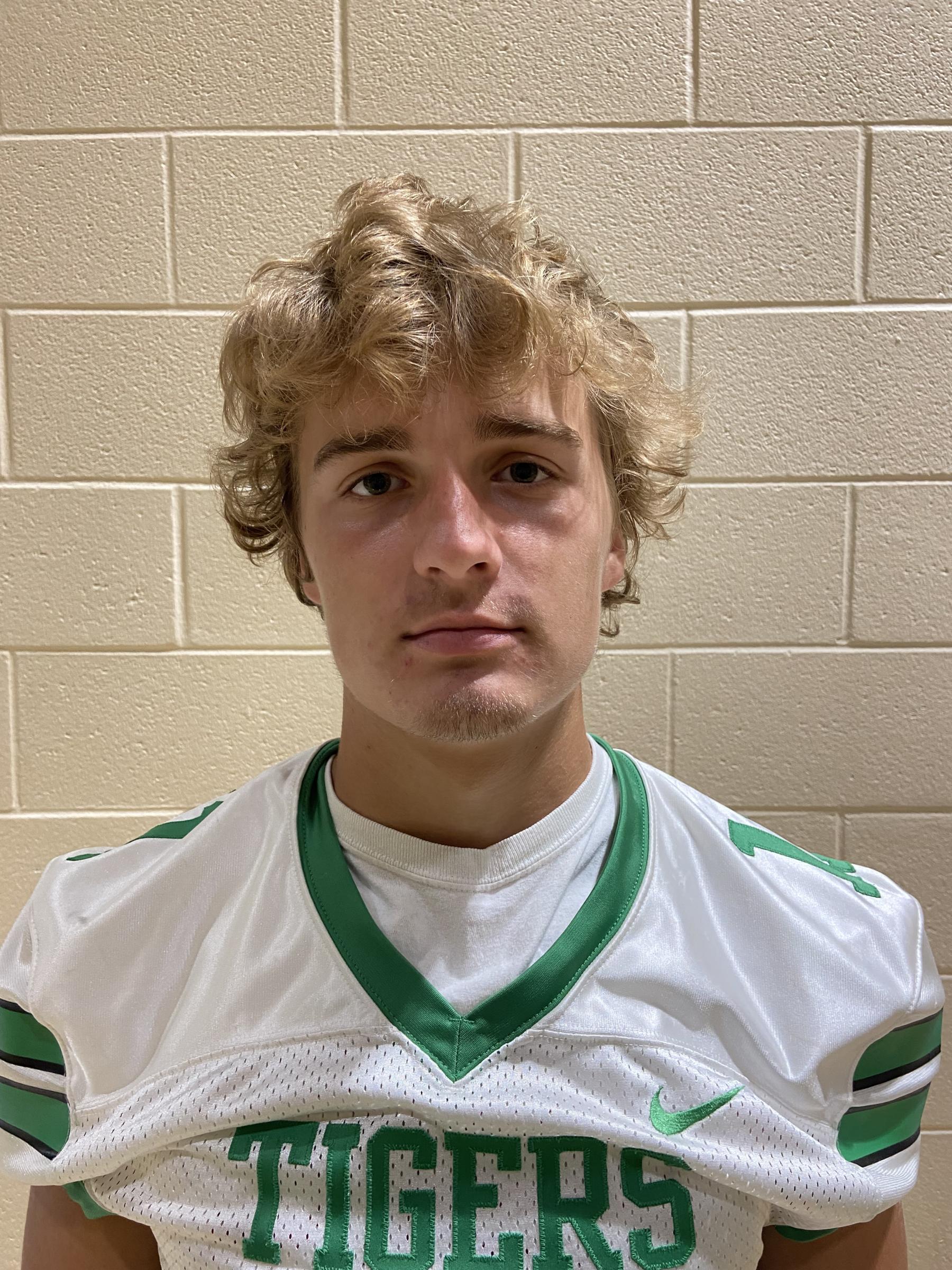 Senior Jared Schweitzer (photo) has a team-high five tackles for loss as part of his 35 total tackles. 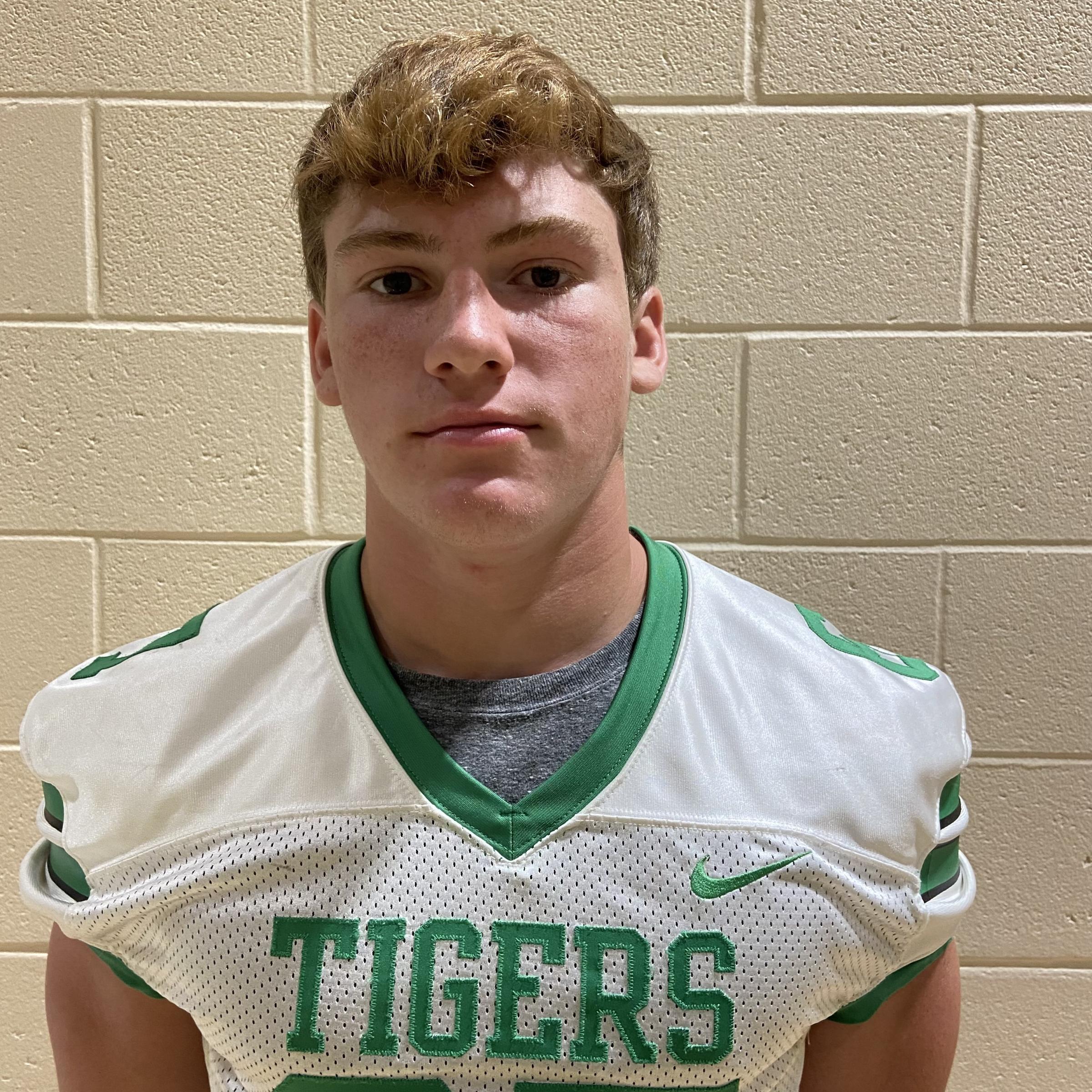 Senior Hadyn Ball (photo) has 39 tackles including four for losses. Schweitzer and Ball each have two quarterback sacks.

The record book continues to be updated with senior Brad Schultz taking over as Triton Central’s career receiving yards leader. He surpassed Dakota Nelson last week to become the first Tiger to reach 1,800 yards in his career.

With every yard gained, Schultz continues to add to the single-season record for receiving yards, now 1,196 yards, he set in week six.

Stuckey (photo) completed 17 of 26 pass attempts against Beech Grove for 202 yards and two touchdowns. That pushed the junior quarterback to an even 2,000 passing yards this season – a new Triton Central record.

If that scenario plays out and Triton Central wins both games, the Tigers would host the sectional championship game on Nov. 4.

“We got a good draw but we’ve still got to earn it,” said Able, who has led the Tigers to the sectional championship game in each of his first nine seasons in Fairland.

Speedway at Class 2A, No. 7 Triton Central

Last 10 meetings: Triton Central had won nine consecutive meetings with Speedway until last season’s loss. Prior to that, Speedway’s last win over TC came on Oct. 26, 2001, in a sectional semifinal contest, 45-0.