Ray Crawford and Brad Schultz combined for four touchdowns and Levi Dewey set a pair of school records in Class 2A, No. 7 Triton Central’s 38-7 victory over Speedway Friday in Fairland.

Dewey connected on a new school record 50-yard field goal in the first quarter which gave him sole possession of the TC record for career field goals at 17.

The junior entered the game tied with Bryan Sullivan with 16 field goals. Sullivan also held the school record with a 45 yard field goal in 2008.

Crawford opened the scoring Friday on Senior Night with a 9-yard touchdown run in the game’s opening minutes. 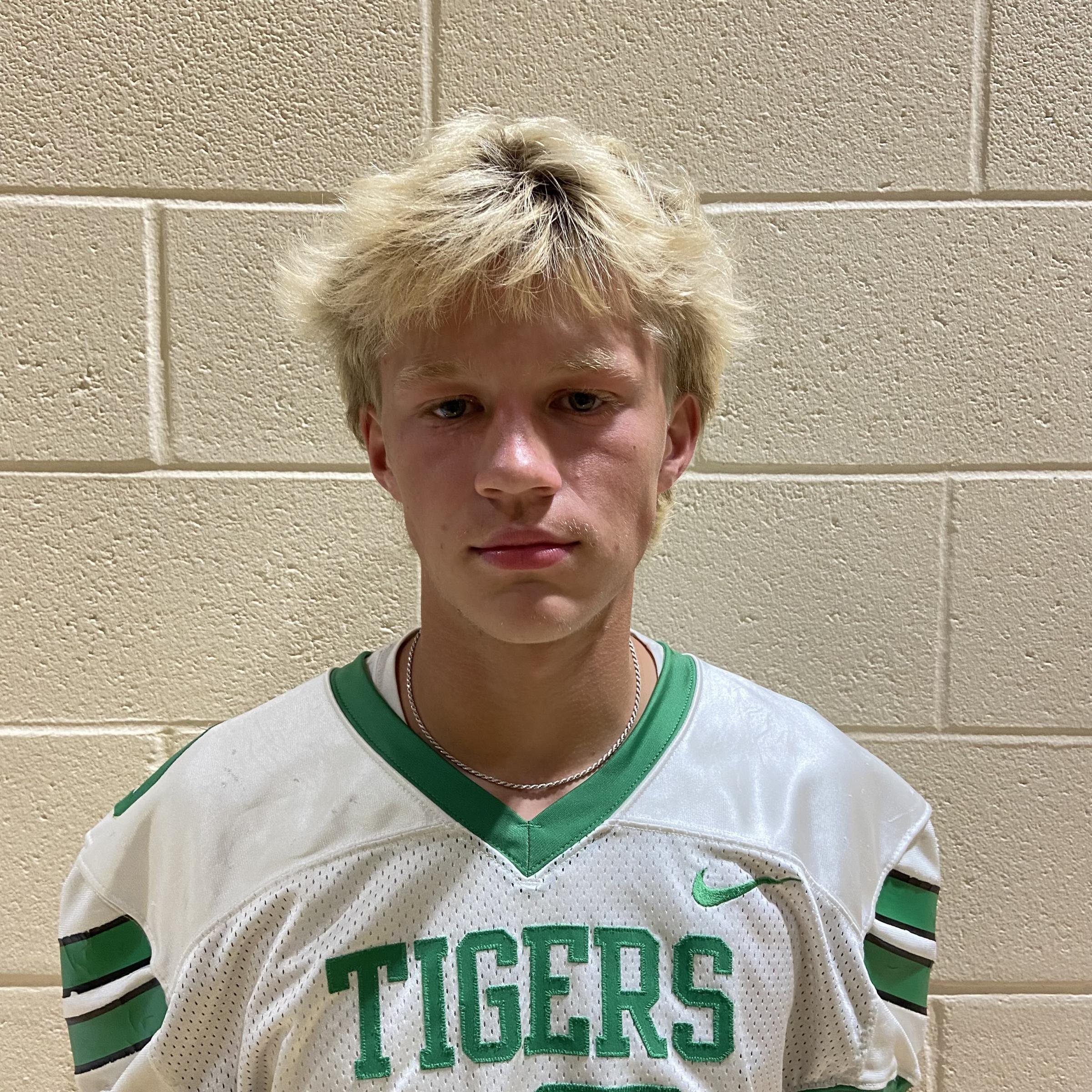 Dewey (photo) recovered a fumble on Speedway’s next possession and the drive ended with his record-setting field goal.

Crawford added a second scoring run – this one from 20 yards out – in the first quarter and the Tigers quickly built a 17-0 lead.

A Brad Schultz 70-yard punt return followed to make it 23-0 and Dewey completed a 2-point conversion pass to Jared Schweitzer to extend the lead to 25-0.

Wilkins had a 41-yard rushing touchdown and Schultz hauled in a 12-yard scoring catch in the second quarter to give Triton Central a 38-0 lead at halftime.

Speedway (5-4, 3-4 Indiana Crossroads Conference) had just two first downs in the first half. The Sparkplugs’ only points came just past the midway point of the fourth quarter when Connor Moreland connected from 10 yards out with Camden Bennett.

Triton Central closed out the regular season with a 7-2 record (5-2 ICC).

The Tigers travel to Christel House Manual (3-5) for their Class 2A, Sectional 39 opener.