Every football team in the state of Indiana gets slotted into sectional tournaments. Team records are not utilized to determine first-round matchups.

So while Class 2A, Sectional 39 is not seeded best to worst, the two state-ranked programs – No. 4 Indianapolis Scecina (8-1) and No. 5 Triton Central (7-2) -- ended up on opposite sides of the bracket and are heavily-favored to meet on Nov. 4 in the sectional championship game.

On Friday, Triton Central opens its postseason run with a road trip to Indianapolis to face Christel House Manual (3-5). The Eagles cancelled their regular-season finale citing lack of program numbers to insure the team would be ready for the sectional opener.

The Eagles have scored 137 points in their three wins over Purdue Polytechnic, Indianapolis Washington and Phalen Academy. Triton Central’s defense has allowed just 14 points in its final two victories over Beech Grove and Speedway.

“We’re going to run our base defense and react to what they do … adjust on the fly,” said Triton Central head coach Tim Able. “We need to cut down on the space they have.”

Christel House Manual’s success comes from sophomore quarterback John Bible. He has completed 10 of 21 pass attempts for 171 yards and leads the team in rushing with 1,010 yards on 105 attempts.

After Bible, the rushing numbers flatten out on the statistical sheet. Seniors Michael Church and Jermaine Thomas and sophomore Simmie Morris have combined for 602 yards.

Christel House Manual’s strength of schedule is the worst in the eight-team field. Against their toughest opposition, the Eagles were defeated 61-6 at Class A, No. 12 Covenant Christian on Sept. 30.

Triton Central’s record-setting passing/receiving duo of Jace Stuckey and Brad Schultz were not needed in the regular-season finale against Speedway. The Tigers’ defense allowed just two first-half first downs to the Sparkplugs while the offense generated 278 rushing yards.

“The line of scrimmage was doing a good job knocking (Speedway) off the ball,” said Able of the ground-game emphasis. “Eventually it’s going to be rainy and cold and we need more of that (ground game).” 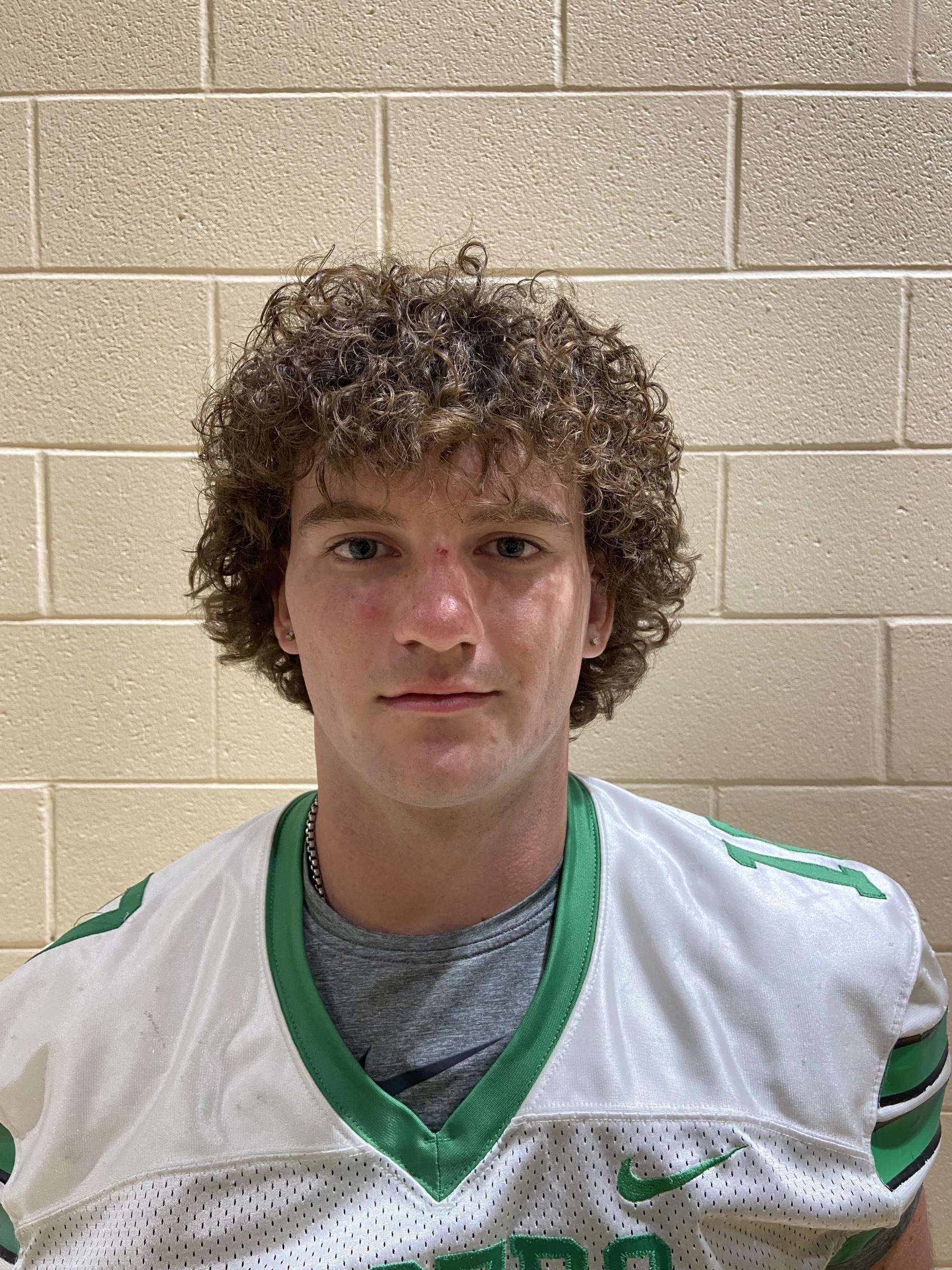 Ray Crawford (photo) led the attack with 21 carries for 153 yards and two touchdowns. Brayden Wilkins added a third rushing touchdown – a 41-yard sprint down the sideline in the second quarter.

Stuckey finished with a season-low 11 passing attempts, with five completions for 40 yards, including a 12-yard scoring strike to Schultz, who finished with just three catches for 26 yards but added a 70-yard punt return for a touchdown.

Triton Central will be without three starters Friday night. 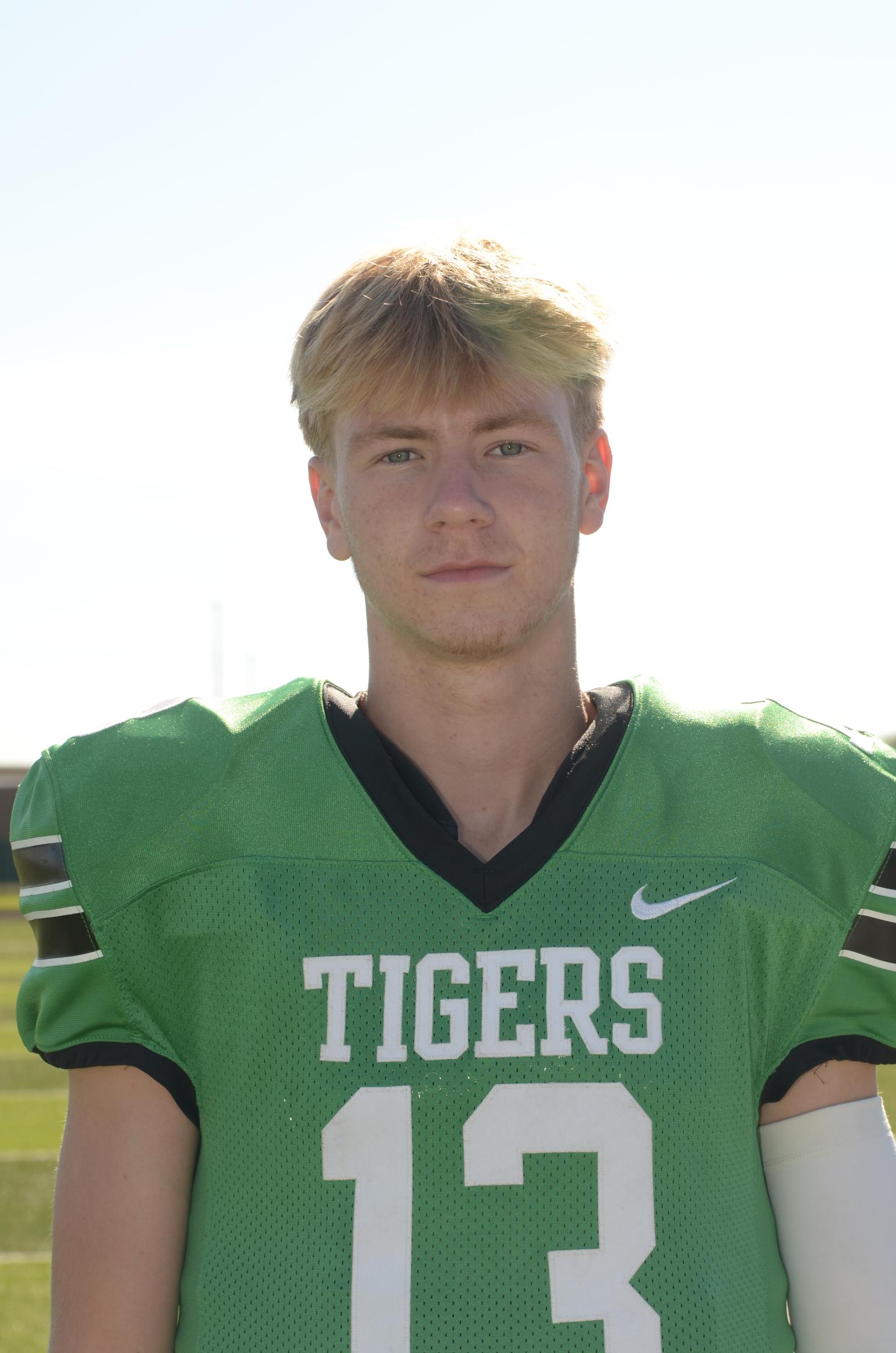 Wide receiver Luke Faust (photo) is working his way back from a broken collarbone suffered earlier this season. He is practicing but is still non-contact. 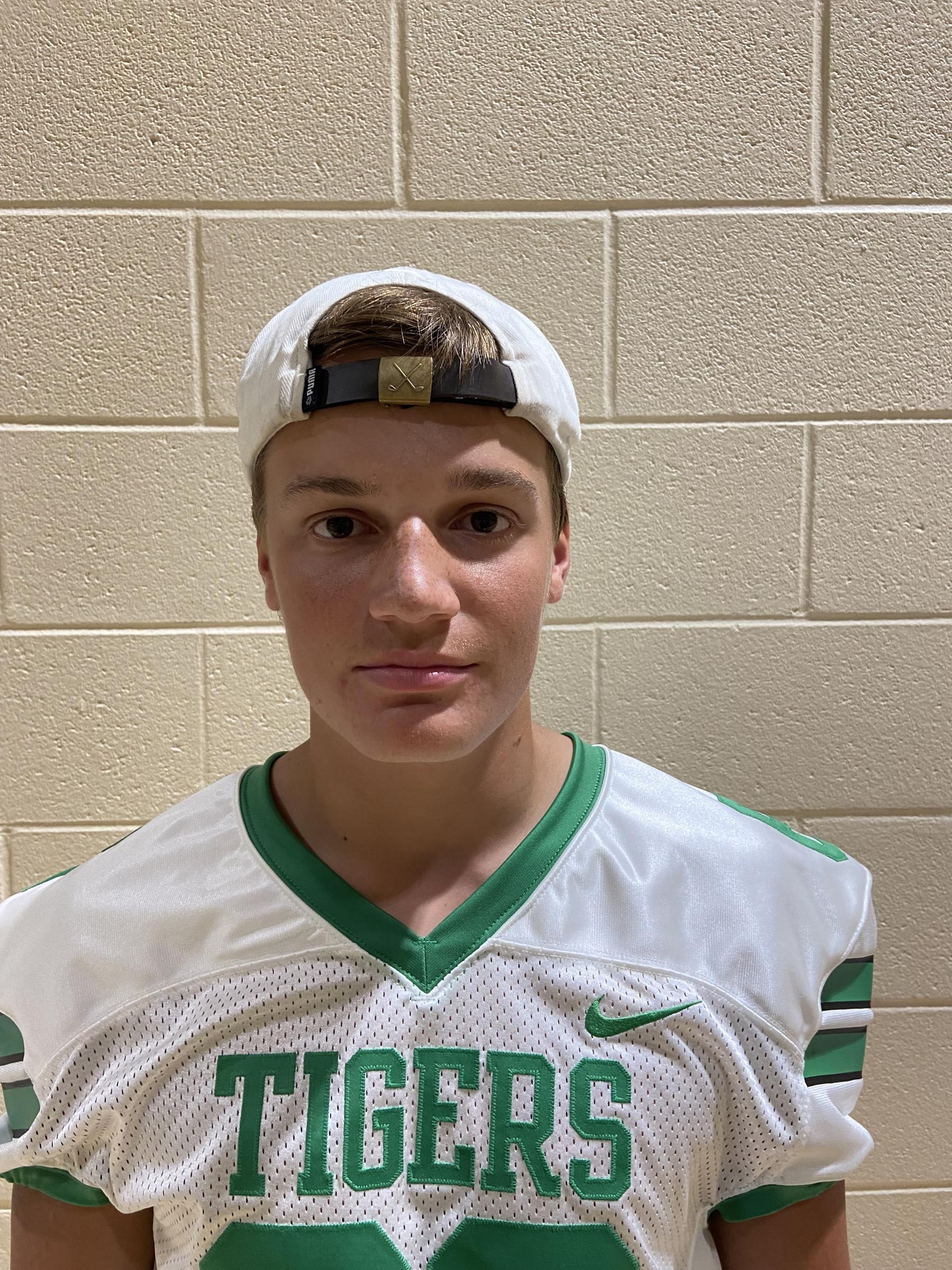 The sophomore season for defensive back Chase Chandler (photo) is over after being involved in an automobile accident several weeks ago. 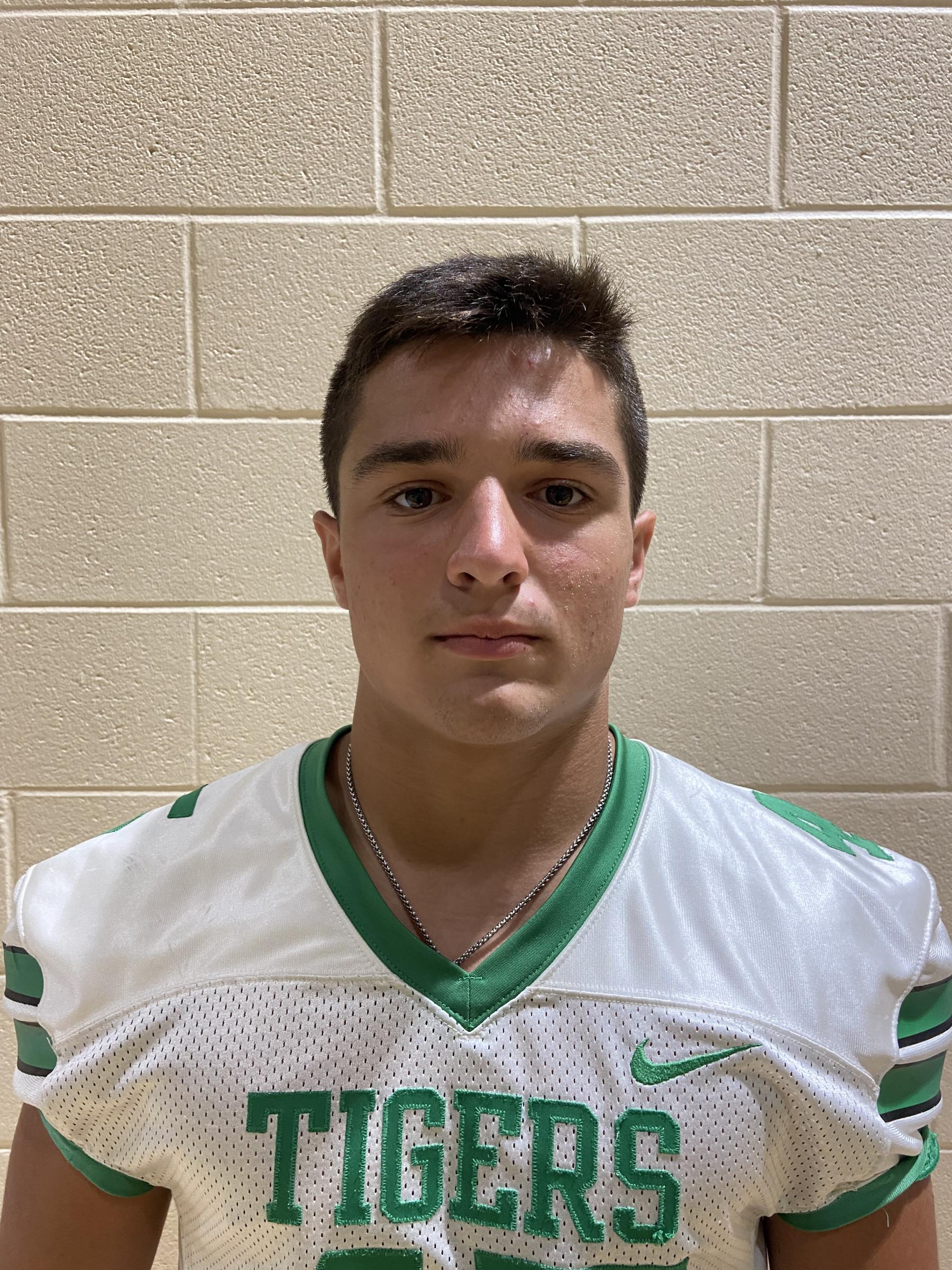 Starting fullback/linebacker Sam Kemper (photo) has a broken foot. He could return if Triton Central goes on a deep postseason run.

Class 2A, No. 5 Triton Central at Christel House Manual

Admission: General admission tickets are $7, cash or card accepted at gate only.