The Shelbyville senior made his next challenge “official” Thursday in the Golden Bear Room at Shelbyville High School when he signed his letter of intent to play college soccer at Indiana University Purdue University Columbus.

Haas is the second Golden Bear to commit to the upstart program at IUPUC. He will join Al Hernandez as freshmen this fall in the inaugural season in Columbus, Indiana.

Shelbyville soccer coach Ben Purvis opened the signing ceremony with a story of his first encounter with Haas as a freshman.

“Right before his freshman year, Christian shows up and immediately wants to take on some of our seniors one on one,” said Purvis. “It did not go well for Christian but, to me, it showed he was never willing to back down. Immediately after they went one on one, he came out and said, ‘How do I get better next time? How do I go against them next time?’

“He wasn’t afraid of the challenge. He wasn’t going to back down to somebody who was a senior going into a big campaign. To me, that showed the mentality Christian had and he continued to do that for all four years.”

Haas, who will major in Physical Education, will need that confidence to help IUPUC grow its program.

“I am thankful IUPUC made me an offer and stuck around while I was making my decision. I feel like with the emerging program that is happening out there, with our new coach, I feel like he will put this program in some of the best shape it will ever be in,” said Haas. “And to be a part of a first-year program, the talent is already coming in from other areas of the Midwest. I think it will be special this year.”

Haas was a varsity contributor at Shelbyville from his sophomore year on. He totaled 23 goals and five assists and hopes to continue to be a consistent offensive threat at the next level. 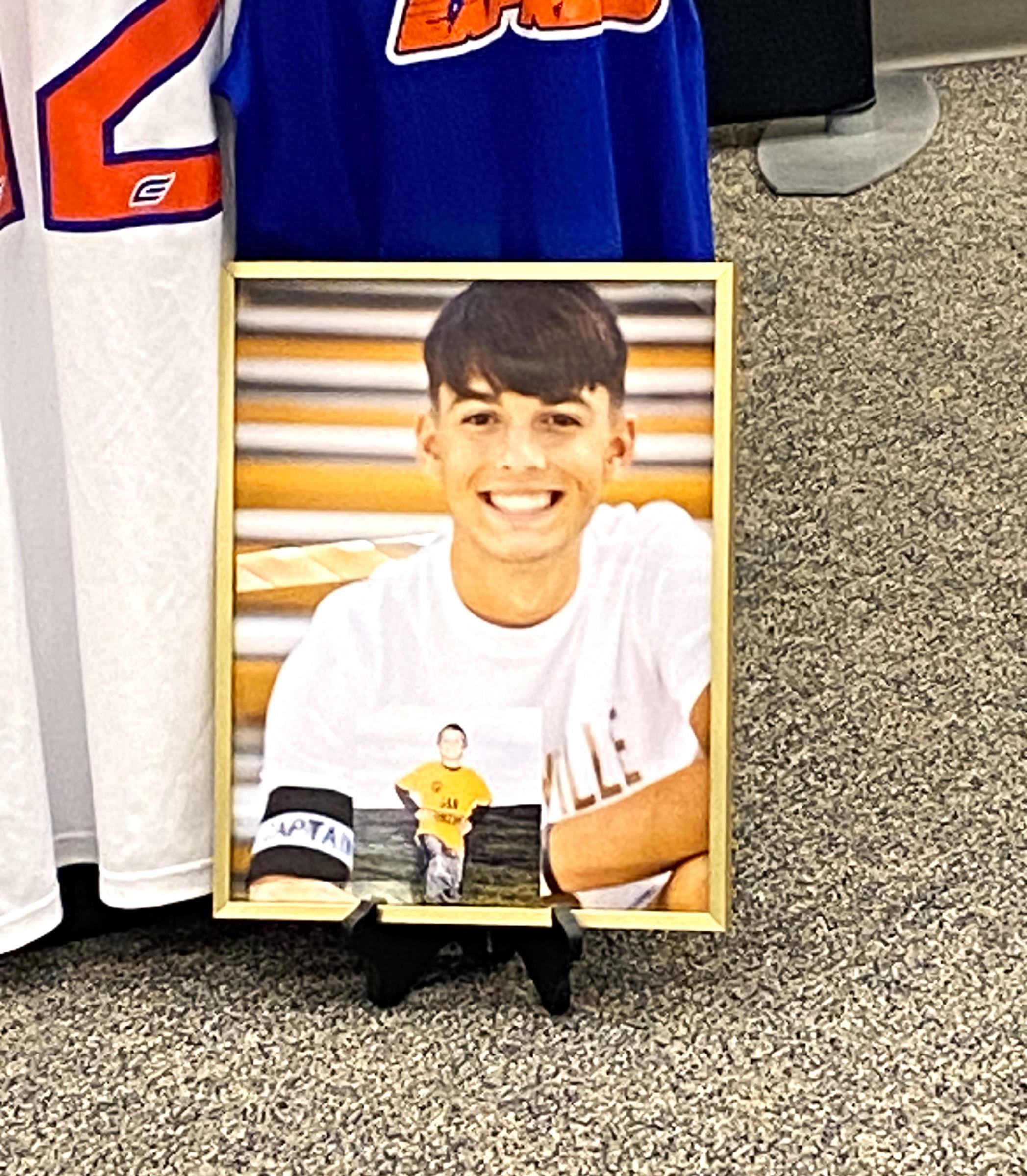 “Always growing up, I was wanting to fight for a spot,” said Haas. “For IUPUC, it felt like a club team or a high school team, with guys my age that I can compete with … we’ve all been picked for certain talents. These are guys I will be able to build relationships with and grow my skills and their skills on and off the field. This just feels right.”

Haas is the son of Christina Raynor and Jody Haas. His parents, several more family members and Golden Bear teammates were present Thursday to honor the accomplishment.

Haas can now finish his last few months of high school and prepare for graduation before the reality sets in of being a freshman all over again – this time at the collegiate level.

“I think we will all be freshmen, none of us will have the senior class authority,” said Haas of being at IUPUC, where the soccer roster will be a combination of high school graduates from the Class of 2023 and college transfers. “I think that is something that will probably set us apart. We all are able to relate to the same thing. I think that’s a good thing.”