With one ring of his cell phone, Braydon Povinelli’s future changed direction.

In December, the Blue River Community Foundation awarded the Lilly Scholarship to Triton Central senior Corbin Maurice. Povinelli, a Shelbyville senior, was a finalist for the full-ride scholarship to an Indiana college or university.

Once Maurice opted to attend an out-of-state school, he informed the BRCF that he would be declining the scholarship, making it available once again.

“I wasn’t expecting it all,” said Povinelli. “I was driving home from school and I got a call from the Blue River Community Foundation. Julie Alvis told me about it. I was shocked and happy at the same time.”

Povinelli had yet to make a college choice. Indiana University was the only in-state school he was considering. Now, with the full-ride scholarship in place, he knows exactly where his future is headed.

Povinelli will major in Biology with a pre-med track that will lead to medical school where he wants to become an Anesthesiologist.

The expense of medical school will be eased by the full-ride scholarship for his undergraduate degree.

“It will help me out really with medical school after college because it is a lot of money,” he said.

This is the first time a Shelby County recipient has declined the Lilly Scholarship, but it is not unusual for it to happen, according to Alvis, the foundation’s communications and scholarships director.

“Declining the award is not uncommon throughout the state each year,” she said via e-mail.

With that decision made, Povinelli can focus on his chess game. The reigning Indiana state chess champion will defend his title on April 22 in Indianapolis.

“I’m a little nervous. I’ve got standards I want to uphold for myself,” he said. 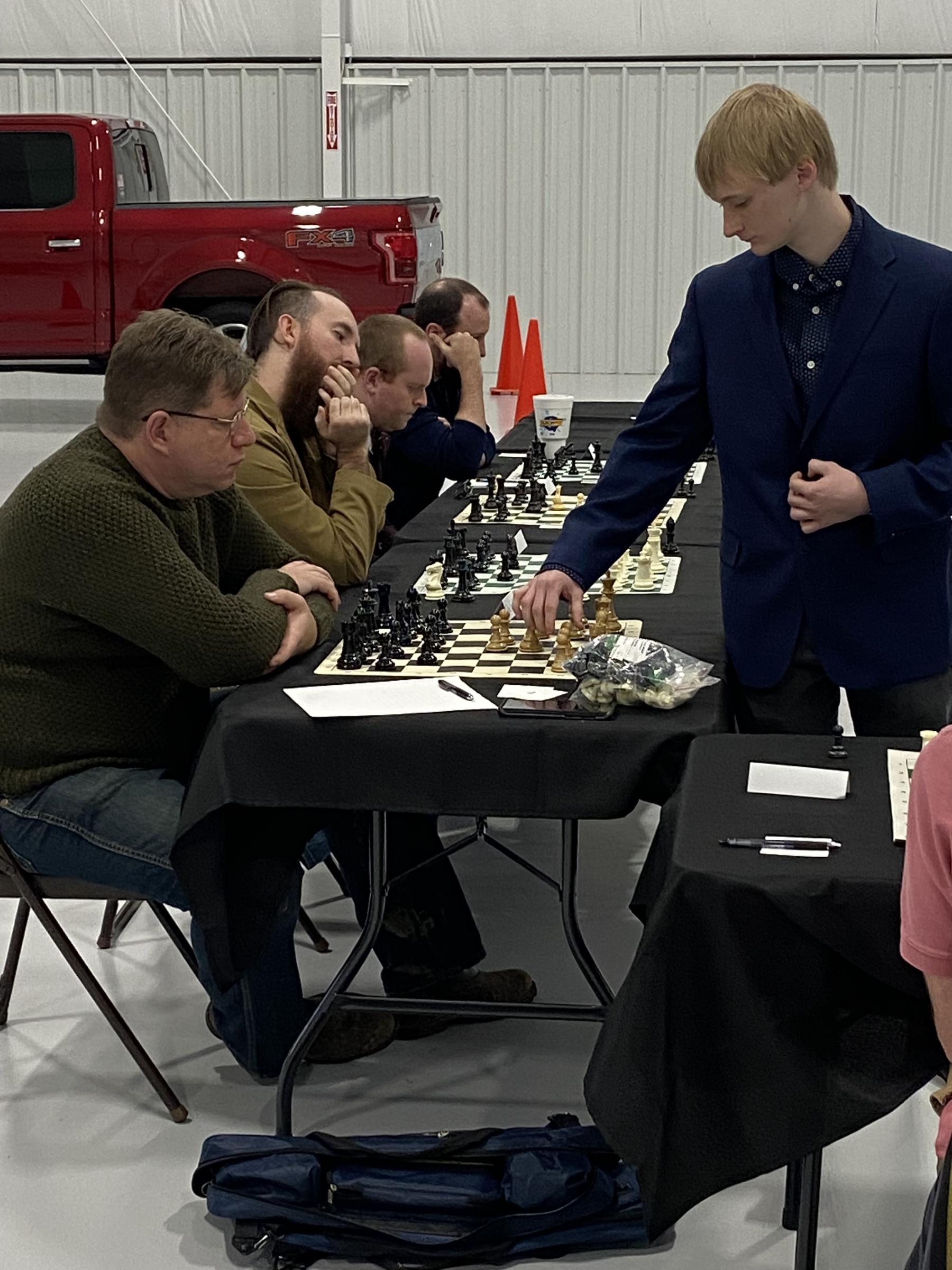 Povinelli has competed in several tournaments in recent months and is testing his own skill set in an attempt to repeat as state champion.

“I am trying to hone in on my weaknesses and study my own games,” he explained. “I am working on my tactics … short combos that win pieces. I’ve noticed I’m not so great at these so I am studying and getting better.”

Povinelli surprised the field to win the 2021 state title. There is no underdog status for him in the 2022 tournament.

“The field is going to be really tough,” he said. “I’m not going in expecting to keep my title. It’s not likely I keep the title but I have a chance.”

The high school senior also has approximately two months left as a Golden Bear. He has some final advanced placement tests to take which will determine his college workload and then graduation.

“I have AP exams in early May. I am studying for those to earn college credits,” he said.

And he now knows those college-earned credits will be headed south with him to Bloomington.