The Community School Corporation of Southern Hancock County will have a new face on its board this week as Jon Hooker has been appointed to replace Dr. Craig Wagoner, Sr.

The appointment comes on the heels of Wagoner’s resignation after seven years on the board, and for Hooker, he will be representing District 3, which is an at-large position that represents both District 1 and 2 in the western part of the district. Wagoner’s term was set to expire on Dec. 31, 2022 and Hooker will serve the remainder of the term and be eligible for election to the seat in November 2022.

“I’m very excited to be selected. Having grown up here and chosen to raise my kids here, I have had a strong urge to serve our community and give back. Joining this fantastic school board for me is about working with a great group of leaders. We have a lot on our plates right now, and I look forward to this opportunity,” Hooker said.

Hooker will join board members Dan Walker, Matt Ackerman, Laura Haeberle and Brian McKinney when he is sworn in Monday, Aug. 24.

When voters return to the polls in November in Hancock County, they will be treated to more polling sites.

The measure is designed to not create the same issues voters faced in the June Republican Primary, as voters stood in long lines well past the 6 p.m. deadline.

In addition, there are no contested county-wide races as the winners from the Republican primary will be running unopposed in November.

The deadline to register to vote is Oct. 5 and applications for voting by mail are due by Oct. 22. Early voting will begin Oct. 6 and continue until Nov. 2 in Hancock County.

The Island Doll, a Lockheed PV-2 Harpoon Bomber, will be on display for tours at the Indianapolis Regional Airport, 3867 N. Aviation Way, Greenfield.

Admission is free, but donations are accepted.

For more information about the plane, visit amhf.org.

The divide between the New Palestine Town Council and its clerk-treasurer grew even larger recently as town officials discovered two huge issues pertaining to the clerk-treasurer.

First, she has locked several town officials out of the town’s digital financial database as work begins on the 2021 budget. At a council meeting earlier this month, clerk-treasurer Tonii Pyle offered no explanation as to why access was cut off to officials, including the town’s police chief and town manager.

The move did not sit well with council member Angie Fahrnow, who told Giant FM, she is “tired of the games.”

“I am very disappointed, but I am not surprised. We have an employee that the clerk-treasurer has allowed continued access. I’m tired of the games. It makes our job much more difficult, and it takes away from the other town needs,” Fahrnow said.

Fahrnow said by Pyle locking department heads out of the programs, it creates more work.
“It’s an extra inconvenient step to have her print for the department heads, but we continue to find ways to keep moving past the obstacles. She has cost the town thousands of dollars getting help to do her job. That isn’t even including her requested attorney fees,” Fahrnow told Giant FM.

The changes include alternate job descriptions for light duties with medical exceptions. It is believed Hilligoss put the changes in the handbook.

Fahrnow again said she was disappointed, but not surprised.

“There were a lot of things that were being done behind Clint Bledsoe and Brandee Bastin’s back,” Fahrnow said, adding there is documentation stating that Jarson was aware of the changes.

Earlier this year, the council voted in favor of censuring Pyle.

In making the motion, councilman Bill Niemier laid out several issues the council has had with Pyle since January, alleging that Pyle has “engaged in conduct and actions that are contrary to, and directly interfere with, the orderly functioning of Town business.”

“The residents of New Palestine deserve better and such deficiencies need to be documented. If Tonii Pyle were an employee of the Town, I would be moving that her employment be terminated, but that is not an available option as she is an elected official. Therefore, my motion, based upon these facts and circumstances, is that the Town Council formally censure Tonii Pyle. Although there may be few practical implications from being formally censured, and the same cannot and does not remove Tonii Pyle from her elected position as the Clerk-Treasurer, such motion does in fact create a formal and permanent record of Tonii Pyle’s failure to properly perform the functions of her elected office,” Niemier said shortly before the vote.

At that meeting, council voted 3-2 in favor of censuring Pyle. Fahrnow and Brandee Bastin joined Niemier in favor of voting yes, while council members Bledsoe and Jarson voted no.

Despite the rift, Fahrnow said she hopes council can work with Pyle moving forward, a request she has made numerous times.

“I would love to try and work with her and will always keep that door open. She reached out and asked to meet and mend bridges and then she took access away from our department heads,” Fahrnow said.

Administrators were notified of the positive test result late Friday. The student who tested positive was last on campus Monday.

Monday was the first day of school at New Palestine High School. Another student who had tested positive for the virus attended classes on the first day of school.  The family physician who provided the notification of the positive test result for that student included the wrong “return to school” date on the note provided, according to a joint statement from Southern Hancock schools and Hancock Health hospital system.

“Based on sound contact tracing conducted by district officials and nurses, the district has determined Friday’s case is not connected to the NPHS student who tested positive on Monday, August 3,” the district said in a statement.

Families of the students considered to be close contacts of the second COVID-positive student have been notified.

A full sanitization and disinfection of NPHS will take place this weekend and classes will remain as scheduled next week.

For the second time since school started, Greenfield Central school officials are notifying families of a positive case of Covid-19.

This case is at the high school and was a student.

Families were notified Friday evening by superintendent Dr. Harold Olin, who said the district's protocols for dealing with a positive case were implemented.

School officials began contact tracing and notifying those in close contact with the student, according to Olin, adding that if a family did not receive a call, their child was considered to not be a close contact.

Olin also asked parents to keep any students with symptoms home, as well as those awaiting test results or those who have been near someone tested within the last two weeks.

Area legislators recently announced the latest recipients of the Hoosier Homestead Award, which recognizes farms owned and maintained by the same family for 100 years or more.

The Hoosier Homestead Award Program honors families who have made significant contributions to Indiana agriculture. Instituted in 1976, the program recognizes the impact these family farms have made on the economic, cultural and social advancements of Indiana. In the past 40 years, more than 5,800 farms have received the honor.

"Farmers are often underappreciated, but Hoosier farmers contribute billions of dollars to our state's economy each year, and we are fortunate to be a state that has families who have dedicated generations to this industry," Crider said. "I commend the Dunlavy family for reaching this historic milestone and thank them for their years of service to our state."

"Indiana was built on the backs of hardworking farming families like the Dunlavy's," Cherry said. "They have certainly managed many challenges along the way to remain in operation for this long, and it's true a testament to their dedication to the agriculture industry. Congratulations and we wish you continued success for years to come."

To be named a Hoosier Homestead, farms must be owned by the same family for at least 100 consecutive years and consist of more than 20 acres or produce more than $1,000 of agricultural products per year. The award distinctions are Centennial, Sesquicentennial and Bicentennial – for 100, 150 and 200 years, respectively.

The start of the 2020-21 school year has been a bumpy one for New Palestine schools as officials with the Community School Corporation of Southern Hancock County had a positive Covid-19 case on the first day and are now dealing with a cyber attack.

According to district officials, many of the district's technological systems fell victim to the attack, impacting internet connectivity for teachers, students in classrooms, and students attending virtually. This has also impacted the functionality of some other district programs, including PowerSchool and Canvas.

District officials confirm that NineStar and the district's technological services provider, Five Star, are working quickly to restore connectivity to the district and mitigate the risk of future attacks.

Whoever is responsible will be prosecuted.

In addition, Lantrip said the district is taking the attack "very seriously."

"We sincerely apologize for any difficulties this has caused for your students and our teachers. We want to thank our teachers for keeping learning going both in-person and virtually during the outage. We know that everyone in the Southern Hancock community has worked diligently to support our students during these unfortunate circumstances," she said.

The Covid-19 pandemic and recent economic downturn has taken its toll on Hancock County, including Fortville’s only independent pharmacy.

In a letter to customers, Garst thanked customers for being loyal and selecting Garst as their pharmacy.

“Our decision to sell our pharmacy was not easy to make. Unfortunately, prescriptions have become less and less profitable, making it harder to pay the bills. We sincerely appreciate all your support over the last five years,” Garst wrote.

The pharmacy building will be on the market in the near future, and Garst told customers he and his family will be staying in the area.

“My family and I will remain living in Fortville, so we hope to see your faces around town. While I loved every minute at the pharmacy, I am looking forward to spending more time with my family, Amanda, Jack and Olivia. Again, I cannot thank you enough for your loyalty over the years, and I hope we were able to make a positive impact on every life we touched through Garst Rx,” Garst wrote.

For the second time in as many weeks, a Hancock County school district is dealing with a positive COVID-19 case on the first day of school.  A student at New Palestine High School came to school Monday with COVID-19.

According to district officials, the student showed to school with a mask on and confirmed that there was a small number of close contacts who were identified and were isolated.

The Hancock County Health Department has contacted parents whose children were exposed and are asking them to quarantine for 14 days.

In addition, Hancock Health will conduct a full review of its notification process and begin implementing rapid turn around testing, according to the release.

This is the second confirmed case at New Palestine High School, which had a football player test positive Friday. 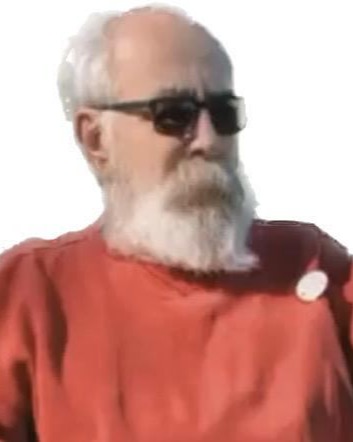 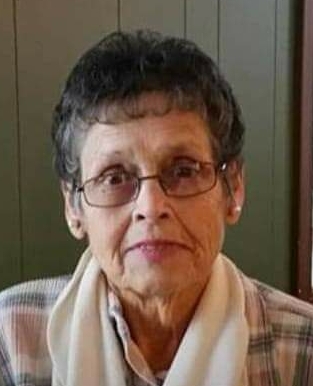 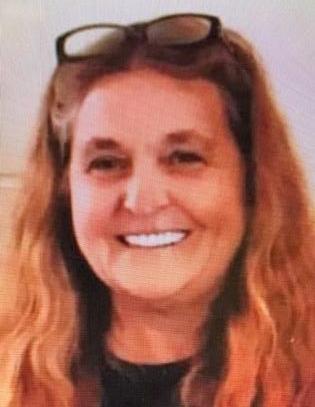