Seven countries will be represented Saturday, June 29 for the sixth annual World Jockey Challenge. A total of 36 jockeys, both Thoroughbred and Quarter Horse, are slated to ride and will accumulate points for their individual countries by finishing among the top four during the 10-race card that begins at 6:15 p.m. The country with the most points at the end of the night will be declared the winner of the World Jockey Challenge.

Leading the way is the team from the United States, which will have 12 riders competing for the American team. Included on Team USA is Malcolm Franklin, Natasha Fritz, Shanley Jackson, Cory Orm, Berkley Packer, DeShawn Parker, Rodney Prescott, Joe Rocco Jr., Kendal Sterritt, Stewart Elliott, Virginia Tormey, and Rayan Gazader. The U.S. Team has won the contest the past four years, but will find big competition from Team Panama, consisting of leading jockey Marcelino Pedroza, Santo Sanjur and Rogelio Miranda. The trio of jockeys are scheduled to ride 14 horses during the night, many of which are favorites in their respective races.

In addition to the World Jockey Challenge, the event tagged as “International Fest” will feature free kids activities including face painting, an inflatable and strolling entertainment. Also, beverages from around the world will be featured on the racing side.

Along with “International Fest,” the Quarter Horse Racing Association of Indiana (QHRAI) will host the QHRAI Youth Racing Experience, giving high school students the opportunity to learn about Quarter Horses with hands on experience as well as a chance for a $1,000 scholarship.

Thoroughbred and Quarter Horse racing continues through Wednesday, Nov. 6. Racing is conducted Tuesday, Wednesday and Friday at 2:15 p.m. and Saturday at 6:15 p.m. More information about the season is available at www.indianagrand.com.

Deer hunters can sign up for the chance to hunt on land owned by participating landowners with the new Deer Hunt Registry system administered by DNR’s Division of Fish & Wildlife.

The Deer Hunt Registry connects deer hunters with landowners, golf courses, parks, land trusts, farmers, or communities. The registry will provide interested parties with a list of hunters in the area willing to help.

Hunters will be able to sign up for the chance to hunt starting July 1, 2019.

Please note signing up on the Deer Hunt Registry does not guarantee additional hunting opportunities or placement in a managed hunt.

For more information or to sign up, see on.IN.gov/deerhuntregistry. 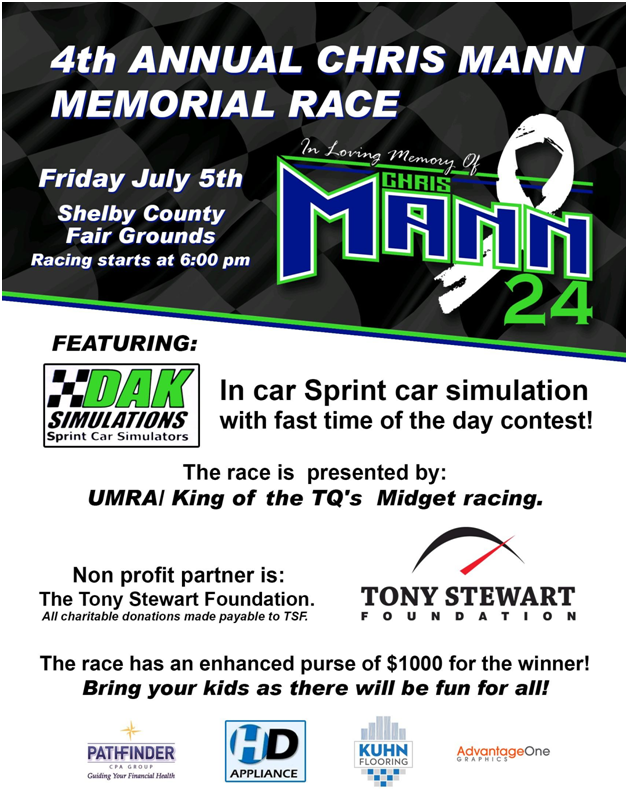 WRs Valentino and jockey Berkley Packer scored the quickest of three trials for the Indiana Grand QHRAI Derby Saturday, June 22. The three-year-old son of Mighty B Valiant won his trial in :19.941 to lead the top 10 into the $50,000 Indiana Grand QHRAI Final set for the second all-Quarter Horse racing night of 2019 Saturday, July 6.

Packer had WRs Valentino ready to roll when the gate sprung and was in contention all the way through the 400-yard dash. The Kentucky bred gelding got a small advantage midway through and retained the top spot at the wire, fending off late closers La Jolla Diamante and Edgar Diaz, who finished second by a head. Serious Side, ridden by Fernando Morin, finished third.

WRs Valentino picked up his fourth career win in his sixth career start for owners Williams Racing Stable. They also bred the gelding, who was making his first start of the year under the direction of trainer Randy Smith.

In the first two trials for the Indiana Grand QHRAI, it was two horses from the Ricardo Martinez barn who brought home the top prize. Unwritten Law fought hard throughout to score his victory by a neck in :20.197 to rank fifth on the final list while Packin Secrets scored his trial in a time of :20.185 seconds, the fourth fastest time. Both horses were ridden to victory by Jorge Garcia.

The $50,000 Indiana Grand QHRAI Derby will join the $40,000 Bradford Stakes on Saturday, July 6. The evening, dedicated to all Quarter Horse racing, will include trials for the Blue River Derby and the Heartland Futurity. The evening will also feature special giveaways and contests courtesy of the Quarter Horse Racing Association of Indiana.

Thoroughbred and Quarter Horse racing continues through Wednesday, Nov. 6. Racing is conducted Tuesday, Wednesday and Friday at 2:15 p.m. and Saturday at 6:15 p.m. More information about the season is available at www.indianagrand.com.

The Quarter Horse Racing Association of Indiana (QHRAI) will once again host the popular QHRAI Youth Day Experience at Indiana Grand Saturday, June 29. Youth between the ages of 16 and 18 years old interested in learning more about Quarter Horses and racing are encouraged to apply for the free event that is capped off with a scholarship courtesy of QHRAI.

The QHRAI Youth Day Experience begins with a light breakfast followed by a trip to several points of interest in racing, from the track maintenance facility to the starting gate for morning schooling sessions to eventually the barn area. Participants will interact with Quarter Horses and learn the proper care and training that goes into getting them to the races.

The program includes several guest speakers from the racing industry during a lunch break followed by a test on what the participants have learned throughout the day. The tests are later graded with the top grade receiving a scholarship from QHRAI as well as an all-expense paid trip to the American Quarter Horse Association (AQHA) Challenge Races held at The Downs at Albuquerque, New Mexico Saturday, Oct. 26. The local winner will then compete against other finalists from various Youth Day Experiences for a chance at additional scholarship money from AQHA.

At the conclusion of the test, participants will be paired with a Quarter Horse trainer and a horse included in the Saturday evening racing program. Participants will accompany the trainer to the paddock and will assist with prepping and racing the horse with hopes of making it all the way to the winner’s circle.

“The Youth Day Experience is a great way for students to get hands on experience from our trainers at Indiana Grand,” said Vickie Duke, vice president of QHRAI and coordinator of the Youth Day Experience. “We have kids come in from all over the state, and sometimes beyond Indiana, to participate in this event. Most students are active with horses in some way, but some students that come in have very little experience and just love horses. It’s always a fun day and we are always so amazed how sharp the students are that participate in this program.”

The deadline for this year’s QHRAI Youth Day has been extended. Completed applications are due as soon as possible for a few spots left. Applications may be found online at www.indianaquarterhorseracing.com. Applications should be mailed to Vickie Duke at 3567 East 700 North, Whiteland, Indiana  46184. For more information, contact Duke at (317) 535-7191.

Thoroughbred and Quarter Horse racing continues through Wednesday, Nov. 6. Racing is held Tuesdays, Wednesdays and Fridays at 2:15 p.m. with Saturdays beginning at 6:15 p.m. For more information, visit the website at www.indianagrand.com.